Enemies of the People: How a small independent publisher is fighting back

MENTION Galley Beggar Press and most people will make the connection with A Girl is a Half-Formed Thing by Eimear McBride, but there is so much more to this independent publisher, co-owned by Sam Jordison and his wife, Eloise Millar.

From the vantage point as an independent publisher, Jordison has an ideal view of the industry and the threats facing it. 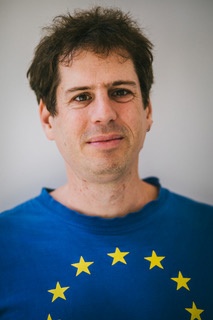 As a small business, he can see the damage the Conservative government has done to the arts — among other crimes, it hasn’t supported bookshops or publishers in the fight against Amazon.

As a journalist whose latest book Enemies of the People examined the rise in right-wing populism in all its different forms, Jordison is also well placed to offer a solution for how to snatch the narrative back from these people who seem so intent on closing any discussion down.

Galley Beggar Press was conceived when Jordison, a books journalist and non-fiction author, his wife Eloise Millar, a novelist, copy editor and occasional journalist, and Henry Layte, the owner of an independent bookshop in Norwich, were discussing the state of publishing.

“I’d been writing a few articles about the publishing industry and branding. This got me thinking about the way I’d like publishers to have strong identity, a bit like indy record labels in the 1990s,” says Jordison.

“I’d also written a few things about something in the industry we termed the ‘death of the mid-list’ and a general feeling that the world ruled by Amazon was making it difficult for publishers to take risks on new talent. So, when Henry arrived with a manuscript, which we thought deserved to be published, we decided to try and put all those ideas into practice.”

These days, Galley Beggar Press continue to take risks on fiction and authors they love.

“Our aim has always been to welcome and nurture talent and we work damn hard to make sure their books are as good as they can be and get the exposure they deserve. Recent award-winning novels are Forbidden Line by Paul Stanbridge and We That Are Young by Preti Taneja.” 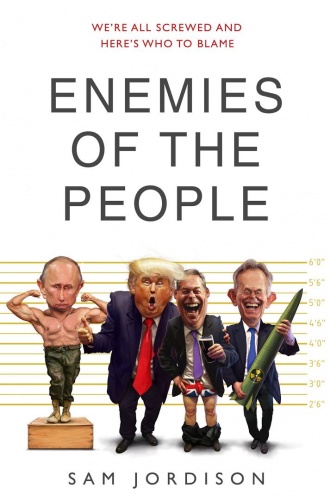 As an independent publisher Jordison can see measures which show the big five publishers are slowly improving, but he thinks there’s still a problem regarding representation and diversity.

“Because they’re London-based, and usually have to survive doing an internship before they get a proper job in the industry, the result is it’s only really open to those middle or upper-class candidates. They naturally find books written by people with the same background to themselves more interesting, which may mean those from poorer backgrounds don’t get past the slush pile.”

As a vocal supporter of libraries and the development of the arts in our country, Jordison has been disgusted at the actions of the government, in terms of how they dismiss the sector as a whole.

“It’s one of our biggest exports — one of our most thriving industries. It’s also an industry that does tremendous good for our image around the world. There’s an awful lot of talent and potential out there that hasn’t been tapped.

“Speaking as a small publisher, we’re barely surviving and have to spend a great deal of our time doing other work. If we were properly subsidised, we could spend much more of our energy nurturing talent  and certainly making money for the state in the long run.

“Meanwhile, the closure of libraries is horrific for the long-term viability of our industry and culture. So many people who write and are involved in publishing got their break in libraries when resources weren’t available to them elsewhere.”

“Regarding Amazon, make no mistake, they’re destroying our industry for their profit. If they succeed they’ll have a monopoly not just financially but culturally. The fact that the government is effectively subsidising them by failing to tax them properly and helping them establish warehouses is criminal.”

Publishers overwhelmingly voted to remain and, as part of the industry, Jordison admits that Brexit and the threat it poses to the industry keeps him awake at night.

“I know writers whose future in the country has looks uncertain. Losing contact with such talent would be profoundly depressing, damaging our ability to put out the best possible books.”

It was with Brexit in mind, along with the rise of right-wing populism, that Jordison wrote Enemies of People, a darkly funny, revealing and factual look at the key players and how they interconnect with each other.

“It’s clear the rise of right-wing populism is a great disaster of our times. They’ve poisoned national and international relations.

“They’ve sown division. They’ve wrecked economies. They’ve stolen working rights from most of us and are desperate to shut down any debate. We need to wake up to the threat and snatch back the narrative. To an extent it’s down to publishers and the responsible parts of the media.

“We need to keep on telling the truth. We need to make sure we are better than them, know more than them and can counter their bullshit with reasonable arguments.”

Sam Jordison is co-owner of Galley Beggar Press. Visit galleybeggar.co.uk for more.  His latest book, Enemies of the People is available at samjordison.com/ibili/.

Ruth Hunt is a freelance journalist and author