Wages for Housework: A History of an International Feminist Movement, 1972-77
by Louise Toupin
(Pluto Press, £19.99)

WAGES for Housework looks back to a period of history where radical women were redefining the nature of women’s work and challenging the role of women in a society. 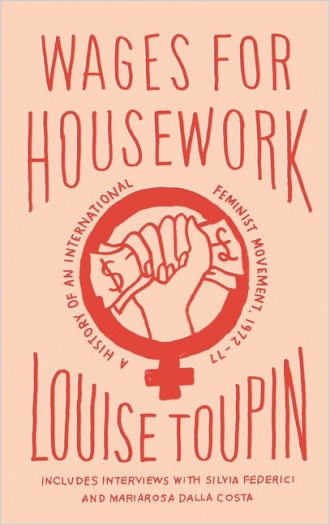 Its author Louise Toupin has produced a global history of the movement, which takes us from Canada, Italy, Germany, Switzerland, the US and on to England.

It challenges the overriding view in the 1970s that calling for women’s work in the home to be paid was reactionary and would chain women to the house. Instead, women activists of the period proclaimed that the personal was political.

The 1972 founding manifesto of the International Feminist Collective (IFC) advanced a new definition of class, “based on the subordination of the wageless worker to the waged worker, behind which is hidden the productivity — the exploitation of the labour of women in the home and the cause of their more intense exploitation out of it.”

Rejecting the traditional definition of Marxism that class equals productive work, they reached out to the unemployed, peasants, those caught up in slavery and the colonised. An internationalist approach, it challenged the division of labour, with the central figure being the houseworker, and brought to the fore issues of domestic violence, along with the criminalisation of prostitution and lesbians.

The IFC political analysis was taken forward by a network of groups consisting mainly of Italian, English, US and Canadian women. Innovative for its time, it was a feminist “International,” co-ordinating encounters, information exchanges on mobilisations under way in the network, reflection, discussion and concerted actions.

Campaigns reflected the urgent demands of women in different countries. In Canada, it was the struggle by waitresses to end differentiated minimum wage rates in the tourism and restaurant industries which discriminated against women — often not in a union and the sole breadwinner — and unskilled immigrants.

Wages for Housework was a key movement in “second-wave” feminism. Totally original in its philosophy, it threw light on the unrecognised and invisible forms of labour performed mainly by women. Its significance is summed in Claudia von Werlhof's comment, “Once we have understood housework, we will understand the economy.”