>The Huffington Post reports this evening that veteran Labour MP Margaret Hodge confronted Jeremy Corbyn behind the Speaker’s chair after the vote and said, according to, and I have spoken to her friends and they confirmed this, she said to Jeremy Corbyn, “You are an anti-semitic racist,” and then she said to him: “You are wanting to make it impossible for people like me, Jewish people like me, to remain in the Labour Party. Friends of Margaret Hodge said she did not swear. There were reports she did swear. There were reports she did but they said she didn’t. The reason why she confronted him was the national executive committee of the Labour Party have decided to water down the International Holocaust Remembrance Alliance definition of anti-semitism and what has been decided is that this issue should go to a review, it should be looked at that was that issue that Margaret Hodge was confronting Jeremy Corbyn about. Maybe the sun is getting to everyone.<

>Do you think Jeremy Corbyn is anti-semitic?<

“I think they would be crazy to proceed with that.”

>There was condemnation from the Jewish community for a policy on anti-semitism which differed from the internationally agreed wording. Veteran Jewish Labour MP Margaret Hodge confronted the Labour leader, calling him an anti-semite and a racist.<

“Many of us are despairing. I was speaking at the [] Festival in January. I went to the PLP and told Jeremy Corbyn what people were saying and the concerns they had. I do not think Jeremy Corbyn is an anti-semite, but I think what is happening now requires his leadership, he is required to step in. This document has been adopted by countless council, the CPS and other countries. It is clear what the examples of anti-semitism are.”

Programme: BBC1 News at One

>Labour are facing calls from some of their own MPs to strengthen the party’s rules on anti-semitism. Jewish groups say a new code adopted by the party’s national executive committee is not tough enough. Here’s Jonathan Blake.<

>They were here to talk about preparing for government but Labour’s shadow cabinet are having to face questions they’d rather not have to answer about the party’s stance about prejudice against Jews. One senior Labour MP is sticking by her criticism of Jeremy Corbyn, despite his repeated condemnation of anti-semitism.<

(Clip from Radio 4 interview with Hodge)

“It’s by his actions he has to be judged. And by refusing to adopt the definition in full of what anti-semitism is, he’s put himself in a position that he’s perceived by many to be anti-semitic.”

>She confronted Jeremy Corbyn and called him an anti-semite after Labour adopted a new Code of Conduct including the internationally recognised definition of anti-semitism but not word for word some of the examples given. For some it’s an attempt to rewrite the rules.<

(One clip from Corbyn from the weekend)

“It wasn’t trying to rewrite it, it accepted almost all of it, what it’s done is put alongside it a Code of Conduct for members of the party because we will not tolerate in any form whatsoever in the party.”

>He still has a lot of support. But there are a lot of Labour MPs furious at what they see as the party’s failure to tackle this issue head-on.<

“I don’t see, what we’ve heard from him in the past week, the chief rabbi saying you know if the party doesn’t adopt it then it’s showing an unprecedented level of contempt for the British Jewish community. The idea that it should be the Labour Party defining what anti-semitism is frankly unfathomable.”

>Tonight Labour MPs will meet again to urge their own party’s ruling body to change their own code of conduct. Jeremy Corbyn has said they should wait, with many members of Parliament having already left for the summer. But as one MP put it, they feel they have waited long enough for Labour to get is act together on anti-semitism.<

>Labour MPs are currently meeting to debate whether to adopt an internationally recognised definition of anti-semitism. The party’s ruling committee has been criticised for approving a definition which omits several examples of anti-semitic behaviour. Supporters of the leader Jeremy Corbyn accuse his opponents of creating a row in order to discredit him. From Westminster Ian Watson reports.<

>Jeremy Corbyn and his top team have been meeting to discuss preparations for government. But another row about anti-semitism won’t make that task any easier. Tonight in defiance of his wishes, MPs are meeting to debate the issue. And a veteran Labour MP is facing disciplinary action for telling Jeremy Corbyn to his face that he was seen as anti-semitic.<

(Shot of woman holding placard “Me too Margaret Hodge”)

“So I did confront him and I told him that you can only be judged by what you do and not what you say. It’s actions not words that are really important. He was perceived as being anti-semitic and a racist.”

>At the core of this dispute is a war of words in Labour’s ranks. The party’s ruling executive, backed by Jeremy Corbyn, adopted a code of conduct which includes an internationally accepted definition of anti-semitism. But it excludes some specific examples of anti-semitism which other bodies use. Labour’s code for instance does not say it is anti-semitic to draw comparisons between contemporary Israeli policy to that of the nazis, instead it tells party members to resist using nazi metaphors, but adds it is not anti-semitic to criticise the conduct or policies by reference to such examples unless there is evidence of anti-semitic intent. Labour officials say that this is simply turning loosely worded examples into a robust legally enforcable code. So why won’t Margaret Hodge accept those reassurances?<

>Tonight Labour MPs are discussing adopting the internationally agreed examples of anti-semitism word for word but the leader is defending his party’s Code of Conduct.<

“What’s been done is an honest attempt to make it clear that we will not tolerate anti-semitism in any form and we will allow legitimate debate on issues facing Israel and Palestine but it cannot ever be conducted in any kind of anti-semitic form.”

>This whole row isn’t just about words, it’s about trust. Jeremy Corbyn’s critics believe he’s been too slow to act on anti-semitism. But some of his supporters believe the issue’s been used to undermine him. United parties tend to do better in the polls. So Labour’s journey to power may have become bumpier.< 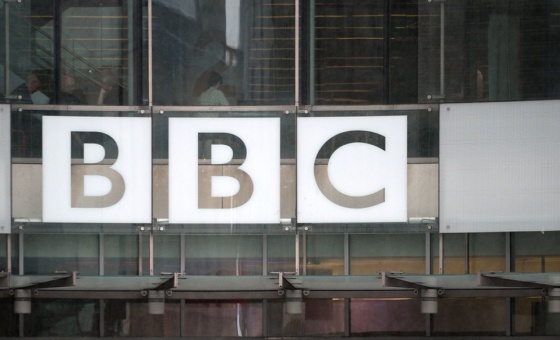