MORE Irish women than Irishmen have over the years emigrated from Ireland and, in this new history from the 1920s to the 1950s, Jennifer Redmond uses an important array of new sources — culled from newspapers, archives, oral histories, statistics and personal accounts — to tell their story. 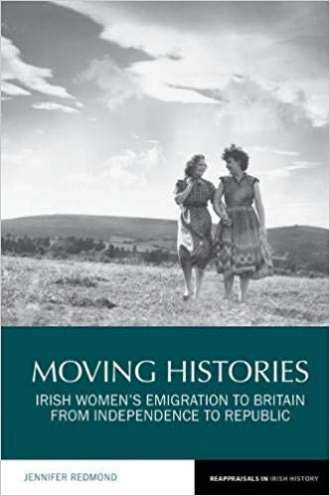 The Irish Constitution of 1922 enshrined religious and civil liberty, equal rights and equal opportunities for all citizens but it also lauded the “traditional” Irish woman as wife and mother and not the feisty women of the Irish Citizen Army or the Suffragettes.

After independence, women emigrants outnumbered men and in the immediate  post-WWII period and the 1920s, more than eight out of 10 went to the US. But after the latter brought in restrictions, by the 1930s virtually all went to Britain. In the north of Ireland these figures were reversed, perhaps reflecting more job opportunities for women.

Redmond highlights the inadequacy of the fledgling Irish government to deal with a serious failure of the new state. As she comments, “No elected official emerged as a champion of emigrants in the post-independence period and women representatives did not demonstrate an interest in either developing arguments on the necessity for women to work or defending female emigrants from charges of moral wantonness.”

Irish women emigrated primarily for work and the better wages and conditions in Britain and there they and Irish men played a significant role in the many battles fought and won in the trade union and labour movement for a better world for all workers in their adopted country.

Any reference to this history, including the role that groups like the Connolly Association played in issues such as the role of Irish nurses in the NHS is, in my view, a major omission from Moving Histories.

While the book is an important contribution to the history of Irish women emigrants, the classic is still Across the Water: Irish Women’s Lives in Britain (1988) by Lennon, McAdam and O’Brien.  Both books, in their own ways, explore their lives and, in Redmond's words, interpret “the weight given to loss and tragedy in narratives of emigration in a specifically gendered way.”