BOOK REVIEW Be inspired by lives on the left

THERE are many compelling reasons to join the Communist Party of Britain at the moment. 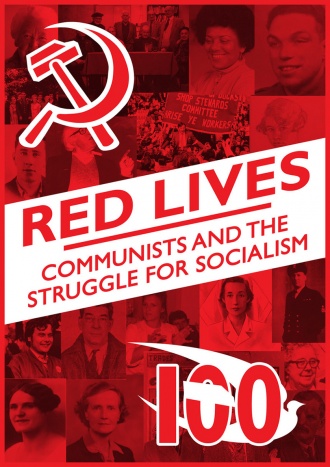 Firstly, the sheer scale of the ruling-class offensive has been brought into the sharpest relief possible by Covid-19, with the working class bearing the brunt of the pandemic’s health and economic consequences.

Secondly, there is the latest edition of the party’s programme — Britain’s Road to Socialism — which clearly sets out the steps that need to be taken to build an anti-monopoly-capitalist coalition in order to then deliver a left-wing programme in government.

And finally, there is this extraordinary book, published to commemorate the centenary of the party’s foundation.

Red Lives will certainly confound those polemicists who caricature communists as been uninterested in, or antipathetic to, the role of individuals in the class struggle.

Putting the tenets of democratic centralism into practice, the three editors invited short biographical histories of party members from those who knew them or who have been particularly inspired by them.

They then completed the unenviable task of selecting the stories, arranged alphabetically, that made it into this collection.

There are names here that are comparatively well known, including Mark Ashton, Alan Bush, Charlotte Despard, Claudia Jones and Benny Rothman, but because of the personalised perceptions recalled by their usually named biographers, there are always new and revealing insights to be found.

The book’s greatest strength, though, is the accounts of the dozens upon dozens of not-so-famous, but equally brave and principled party members.

Whether in the face of outright fascist and imperialist violence or in more localised struggles against the capitalist class, their examples show us what we can — and should — achieve today in our own battles.

Inevitably, most readers will go straight to late comrades they knew personally or whose theatre of action they have a particular interest in.

For the reviewer, this meant going straight to Joan Wills’s entry. In a moving and clear-eyed account, Joan’s daughter recalls a comrade willing to reject her conservative upbringing, become active in the Women’s Liberation Movement, unafraid to critique gender attitudes in real existing socialist countries, and indeed the party itself, and who took in a friend’s children for a year when the young family was most in need.

Joan’s story also makes reference to the threats that most party members find themselves subjected to by pro-establishment goons when she was approached by a stranger who said to her “we know all about you and know where you go.” Joan never backed down.

With family connections to India, I found the actions of Jimmy Stone, his comrades and significant numbers of working-class British servicemen particularly fascinating.

Having served with the RAF during the second world war, the tardy demobilisation by the military establishment was instrumental in triggering a series of demonstrations at bases in Cawnpore and Karachi in 1946.

This “disaffection” spread to other bases in Malaya and Sri Lanka and triggered the mutiny of the Royal Indian Navy, which demonstrated to the British government that its hold on India was rapidly loosening.

Massive demonstrations in Britain forced the military authorities to backpeddle on their planned prosecutions of the British soldiers.

This history, as with all of them in Red Lives, shows how the individual when acting with or in solidarity with others can achieve significant outcomes in the struggle against the capitalist class.

This collection contains so many other gems as well, with female and Black, Asian and minority ethnic members and their enormous contributions particularly prominent.

And it is the sheer diversity of comrades’ backgrounds on display, from the wealthy Carritt family (the mother and her five sons all being members) to the likes of Wilf Page, the “Norfolk Red” born into abject poverty, that shows the transformative power of Marxism-Leninism and the Communist Party on so many lives.

But you don’t need to be a party member to benefit from these exemplary accounts. Anyone on the left who wants to be better informed about earlier generations will find Red Lives invaluable.

A second volume is, apparently, in the offing, as is one about activists in the Young Communist League.

But the imperative now is to boost sales of this essential first book in the series.

So buy a copy. Buy many copies. And be inspired by these lives to further your own and others’ determination to build a fairer and better society.