The centenary of a remarkable black communist

Billy Strachan was a pilot, a lawyer, a mentor and a supporter of the anti-colonialist struggle. DAVID HORSLEY tells his story

Aged just 18, he paid his own way to Britain in 1940 to join the Royal Air Force to take part in the war effort against Nazi Germany.

He rose through the ranks to become flight lieutenant, a remarkable achievement for a black person at that time. 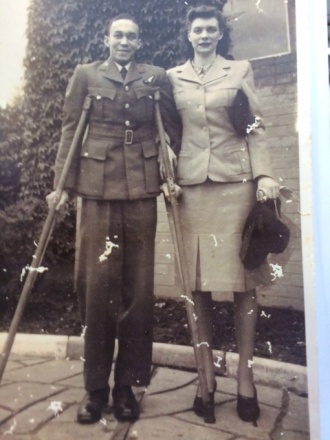 Billy Strachan and his wife Joyce

He married Joyce Smith and by 1946, the young couple and their three sons migrated to Jamaica to start a new life.

The colonial racism he encountered prevented Strachan gaining promotion in his old job in the Civil Service and this, combined with an understanding of class, led him to befriend the Jamaican lawyer, trade unionist and activist Richard Hart and British communist David Lewis.

Realising Strachan’s potential as activist and leader, they suggested he return to Britain to help form the London branch of the Caribbean Labour Congress.

This organisation, started in the British West Indies by communists, radicals and trade unionists, was dedicated to ending colonial rule and pursuing a socialist goal.

In London, he was elected secretary of the Caribbean Labour Congress, a role he fulfilled until 1956 when the organisation ended.

In 1947 he joined the Communist Party, which he supported for the rest of his life. The Strachan family flat saw amazing activity with communist and anti-colonial meetings being held on a regular basis.

He was involved in regular party work as well as supporting workers and independence  struggles in Africa and the Caribbean, especially in British Guiana where he formed a lifelong friendship with Cheddi and Janet Jagan.

He and his comrades opposed the war in Korea and supported the Soviet Union and People’s China.

Understanding the need for an anti-colonialist, anti-racist and socialist newspaper, Strachan started Caribbean News, published monthly from 1952 until 1956. 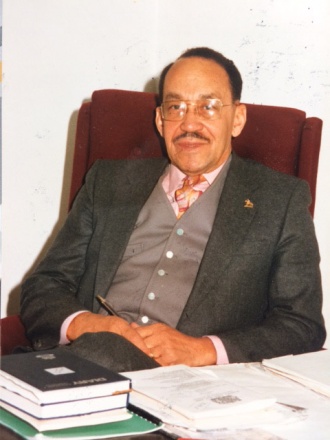 The paper, sold in Britain, was exported to the Caribbean, but the reactionary leaders of that time demanded the banning of the paper and ordered the London branch of Caribbean Labour Congress to disband.

Strachan and his members refused to do this and continued to support those in the West Indies who were being persecuted for their communist and radical ideas.

In Britain, he and his comrades organised a welcome meeting for the passengers on the Empire Windrush in 1948.

He spent much of his time addressing meetings and advising West Indians who were suffering racism in accommodation, employment and other areas.

When activists from the Caribbean arrived in London, they sought out Billy Strachan as a known communist and anti-racist.

Among those were Jamaican Cleston Taylor, Trinidadian Trevor Carter and Winston Pinder from Barbados.

I had the privilege of interviewing these outstanding pioneers and all paid tribute to him.

In Taylor’s words: “Billy’s flat became a university of the left in the UK. Billy and the Caribbean Labour Congress gave me my real education.”

He added that Strachan was seen as “the leader of Caribbean communists in the country.”

Winston Pinder summed him up by telling me: “Billy was our father.”

Strachan, who wanted a career in law, had to study in the evenings with library books, but was given encouragement from lawyers like DN Pritt and John Platts Mills.

He eventually qualified and was called to the bar in 1959. He held the position of chief clerk of courts in Hampstead and Clerkenwell, being elected president of the Inner London Justices Clerks Society by his peers.

A mentor for many, he supported Dorothy Kuya, a dynamic black Liverpudlian communist, when she applied for the post of community relations officer in her native city.

Bob Newland, a young communist, told me that Strachan was his mentor and he went on to become a London Recruit, travelling to apartheid South Africa on behalf of the ANC.

Strachan campaigned endlessly against racism and was involved in the fight to free Angela Davis.

In the Caribbean, he supported Cuba and the Grenadian revolutions.

During the 1970s, he and his wife divorced and Joyce Strachan deserves great credit for her role.

He took up horse riding, despite a disability resulting from a war wound which often left him in great pain but his spirit never failed him.

While riding, he met Mary Collins and they married in 1983.

In the 1990s, the couple visited Guyana, where his old friend Cheddi Jagan was now president but while there he began to feel unwell.

On return to London, he was diagnosed with motor neurone disease.

Cared for by his wife, Billy Strachan eventually died on April 26 1998 and at a memorial meeting in July that year friends and comrades paid tribute to him.

I leave the last words to longtime friend and at the time president of Guyana Janet Jagan.

Her message read: “Billy was my friend, my comrade, my mentor for most of my adult life.

“He gave himself fully to our struggles. He was a genuine Caribbean man, always in the forefront of labour and political challenges of our region. I will miss him very much. Life without Billy is not the same.”