Direct action against our university has saved students £12 million

Students at the University of Manchester have won a multi-million pound victory over campus authorities. But the battle is not over, reports student HANNAH PHILLIPS

Hannah Philips: only through occupying university property have we won back some of the money unjustly taken from us
×

TODAY, on the fourteenth day of the occupation of the University of Manchester’s Owens Park Tower, the university management has finally conceded to student rent strikers’ demands.

Despite trying to appease students with an insulting 5 per cent  reduction in rent earlier this week, the university has now, as a result of continued direct action, agreed to reduce rent by 30 per cent for the entirety of the first semester. This amounts to a £12 million pay-out to the students, which makes this the largest win for a university rent strike in known history.

Although an incredible victory, this money pales in comparison to the £40 million “surplus” that the university reported in the 2018-19 academic year. And despite Covid-19, the figures for 2019-20 are estimated to be even higher, due to the university’s concerted drive to bring in more international as well as home students this year. No more can be expected from an education system driven by profit.

This shows us that the university can afford to pay back students, and that it will, when intense pressure is applied through direct action. 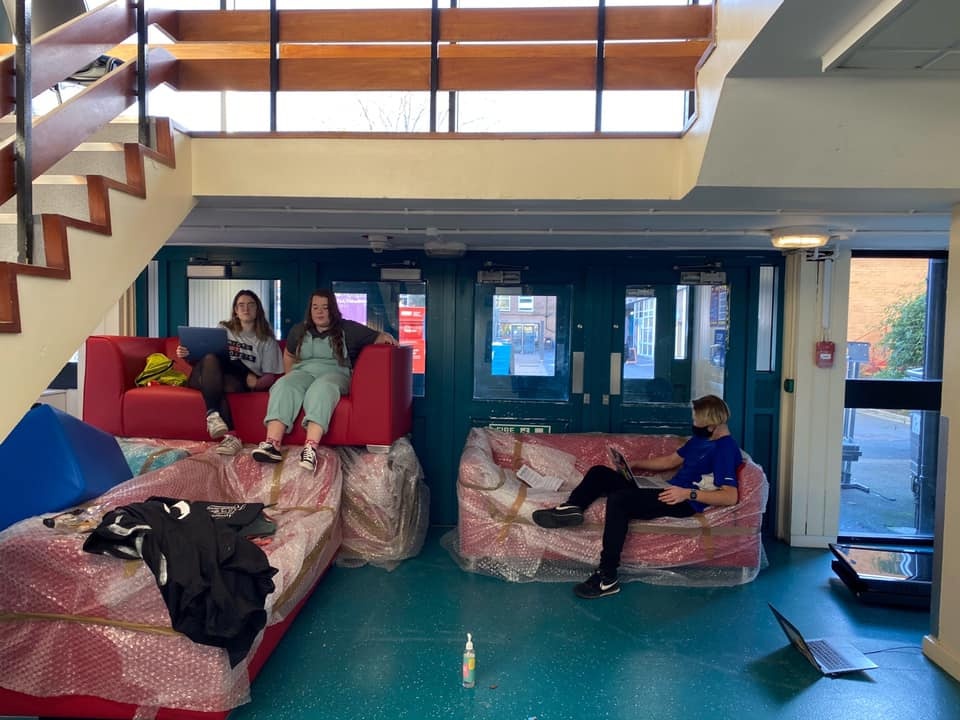 Keeping occupied: students blockade the entrance to the tower

Not only the tower occupiers and rent strikers, but the united force of students, staff, unions and the community of Manchester, have made this possible. The student movement’s University of Manchester Rent Strike and 9K4what? have received incredible levels of support from countless individuals, groups and unions, as well as hundreds of students taking to the streets to protest in solidarity and anger.

Students are right to celebrate our victory, after university management lied to our faces in promising in-person teaching, only to put all learning online only a few days before classes started.

After being brought back to campus from all across the country in September solely for university and landlords’ profits, despite the scientific advice from Sage that it would pose a massive health risk to students and the community.

After being fenced in to campus and having to isolate with next to no medical or mental health support, we are justified in our anger at the use of Covid-19 as an excuse to cut staff pay and push for staff redundancies, all while our vice-chancellor Nancy Rothwell increases her own salary, now standing at £260,000. We are right to demand better, and this tremendous victory shows what happens when we do.

But the fight is far from over. A win for rent strikers today will be a win for all students tomorrow. The student action group 9k4what? continues to demand better for students and staff. We demand a reduction in tuition fees. It is only fair that we pay for what we receive, which is less than what is offered by the Open University, and so we demand that our £9,250 be reduced to the OU’s fees of £6,192.

We demand protection for the working rights of all university staff, from lecturers to cleaners, with no further redundancies during the pandemic. We demand an increase of 50 per cent in the university’s Low Income Support Bursary, as working-class students have been hit disproportionately hard by the pandemic and the transition to online learning.

And our demands come as part of a wider fight against the marketisation of education.

With 9K4what? groups active and growing in Newcastle, Liverpool, Bristol, York, Leeds, London, Exeter, Sheffield, Bournemouth, Nottingham, Stirling and Edinburgh, and January rent strikes planned across the country, the student fight is really only just beginning. We have seen the power of direct action, and what we can achieve when students unite in standing up to uni bosses, and we will not stop here.

Hannah Phillips is a member of the Young Communist League and is involved in the 9k4what? Manchester campaign.

Is Britain turning its back on asylum-seekers?

Shopworkers stake claim for £10 hourly minimum across the sector

Jeremy Corbyn: ‘The rule of the few over the many rests on very shaky ground’

‘The poisonous culture in Scottish Labour has been utterly dreadful’