Get set for ‘radfem Glastonbury’

LYNNE WALSH looks ahead to the biggest radical feminist conference in Europe, FiLiA, which takes place over two days in October

You get the picture. Let’s face it: we’ve all been there. There are conferences where you leave more exhausted than energised; there are events which turn out to be uneventful, there are summits which plummet.

And then there is FiLiA.

This is a two-day event, the biggest radical feminist conference in Europe, which delivers a breathtakingly fine series of speakers, as well as providing opportunities aplenty for women (and a few male allies) to plan, regroup, support one another, spark new ideas and action — and dance. 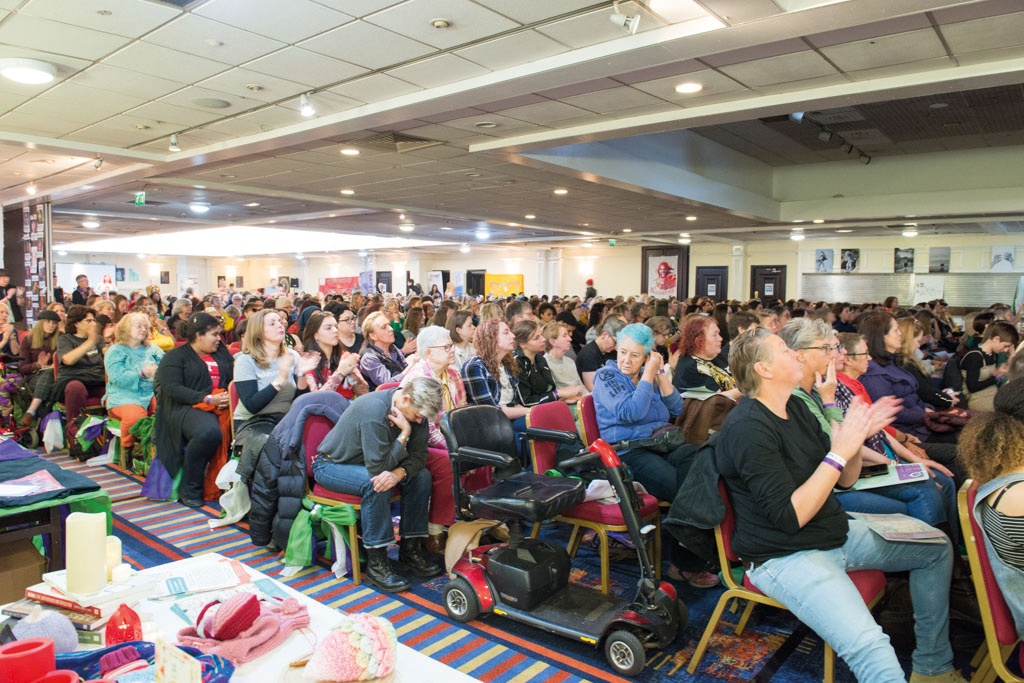 This year’s event, on October 16 and 17 in Portsmouth, includes sessions from journalists Jenni Murray, Julie Bindel and Joan Smith,lesbian feminist scholar Sheila Jeffreys, and Harriet Wistrich, founder and director of the Centre for Women’s Justice.

She co-founded the Centre for Gender and Violence Research, School for Policy Studies at the University of Bristol.

Her book, History and Memories of the Domestic Violence Movement, published in May this year, is a passionate and assiduous account of this arena.

Its strapline is “We’ve come further than you think” — just what we need, to encourage us to persist.

She tells it like it is. When she speaks about her international work, and perhaps especially that involving Uganda, Hague is uncompromising, though there is “honey in the rock”; she cares deeply about injustice towards women and girls, and that has clearly always fuelled her dedication.

She says of her work: “As I get older, I feel I can look back with pride; this is a fantastic way to spend the one human life we have.”

And so say all of us. 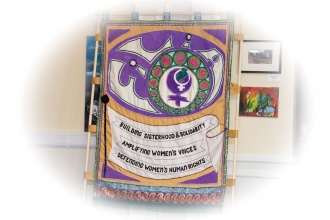 Choosing from the FiLiA conference agenda is no easy task. Here are only a few of the sessions: Misbehaving: Stories of Protest Against the Miss World Contest and the Beauty Industry; Not Dead Yet: Feminism, Passion and Women's Liberation; Political Participation of Migrant Women, and Police Perpetrated Abuse.

It’s no wonder that one woman attending the 2019 event said: “FiLiA galvanises women — it is without a doubt one of my lifelong conference experiences — and I have been to many.” 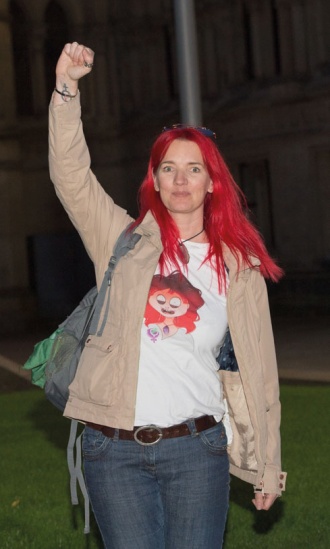 Lisa-Marie Taylor, chief executive officer, sums it up: “FiLiA is a place where local, national and global women come together to network, learn from each other, plot the overthrow of patriarchy and to party!

“We’ve received messages from women in Norway, Germany, Spain, the US and more saying they’ve heard about FiLiA and they are coming over — this is incredible to us, and a testament to global consciousness-raising around the rights of women and girls, as well as the desire to gather together wherever and whenever we can.”

These annual gatherings have always had a real international feel, and with good reason.

Delegates greeting one another may be social media mates, but that’s never all they are.

There are campaigns and actions linking women’s rights activists across the world, from Kurdistan to Latin America to Ireland, Israel, India and Ukraine. There are speakers from all these movements on the FiLiA conference agenda.

Typical of this ongoing, FiLiA-inspired, global campaigning is a project focused on a refugee camp in Kenya.

Lesbian refugees escaping violence and lesbophobia in their home country were sent by the United Nations High Commissioner for Refugees (UNHCR) to the Kakuma camp, in Turkana County, one of the poorest areas of Kenya.

It’s been a refugee camp since 1992, and currently has 160,000 displaced people. Those facts stand alone as a damning indictment.

As the women were seeking asylum due to their sexuality, they were put in the LGBT Block 13 — named with a grim irony.

This, of course, identified them to other refugees in the camp; they’ve suffered violence and abuse as a result.

The women have told FiLiA about a lack of food, constant physical and sexual abuse and lack of basic shelter for them and the other LGB&T refugees in Block 13.

Also recently announced as a speaker is Joanna Cherry, the SNP MP for Edinburgh South West since 2015.

She said recently, of LGBT+ history month: “…these days the L is very much an afterthought and many people have forgotten the contribution made by lesbian feminists of my generation to fighting homophobia and discrimination.

“At a time when the SNP was still undecided about Section 28, I was out on the streets campaigning against it. A large part of my career as a lawyer was spent standing up for women’s rights and prosecuting sex crimes against women and children. So it is particularly galling to be misrepresented by those who have come late to the field of the battle for equality.”

The countess in question is Constance Markievicz, the first woman elected to the parliament at Westminster, in 1918. Then representing Sinn Fein, she did not take her seat.

The agenda promises this session will get to the heart of some tight issues: “Many people claim feminism is a form of ‘identity politics,’ but women’s oppression is not a matter of ‘identity,’ but of the material exploitation of women’s bodies and labour.

“This panel will explore why feminism is better thought of as a type of class politics.

“What are the implications for feminist activism and theory of understanding feminism as ‘female class politics’? How might this help us rectify some of the mistakes feminism has made in the past, and reimagine the future of feminism?”

In the session FiLiA Stands with Sex Trade Survivors, Yulia Dorokhovah will speak about the work she does as director of the sex workers’ self-organisation in Ukraine.

This is the NGO All-Ukrainian League “Legalife,” aimed at combating sexual slavery, human trafficking and violence against sex workers.

The two-day happening is to be Covid-compliant, with proof either of vaccinations or of a negative test. The extra regulations are not daunting delegates, many of whom registered as soon as they could.

Another delegate to the 2019 conference told organisers: “FiLiA is Radfem Glastonbury: you see all your mates, get to see the living legends, and it takes three weeks to recover.”

True, in some ways — though we can’t really afford that long recovery time. There is work to do. Thankfully, there are great women to work alongside.

Climate protesters block M25 for third time in a week

Pep ‘sorry not sorry’ for calling for more fans at games