Grace Blakeley: ‘Corbyn is looking to a new ideal of worker ownership'

ARTICULATED in the vocabulary of economics rather than the standard lexicon of political soundbites, young rising star of the labour movement Grace Blakeley is proving to be a formidable challenger to the established commentariat of broadcast media, with memorable television appearances including explaining the economics of democratic socialism to a bemused Andrew Neil on his own BBC show and debunking former Tory MP Michael Portillo’s attempts to justify a decade of austerity.

The Labour Party’s proposals to move in the direction of democratic socialism have provoked alarm from right-leaning media, but much of the party’s manifesto is modelled on the orthodox economics of John Maynard Keynes, which formed a basis of the 1945-1979 post-war consensus.

During this period, Conservative governments retained some Labour policies — including the nationalisation of key industries plus the creation of a broad welfare state and National Health Service, following the landslide victory for Labour’s Clement Attlee in 1945.

However, in 1979 the election of Margaret Thatcher ushered in the era of neoliberalism based on the economics of Friedrich Hayek and Milton Friedman, inducing the privatisation of state assets, restrictions on trade unions, market deregulation and a preference for finance-led growth over manufacturing.

Following the great recession of 2008, this decline in productivity combined with wage stagnation and an agenda of punitive austerity measures have resulted in dangerous levels of wealth inequality, as Blakeley explains when I meet her on the Strand on an overcast afternoon earlier this year.

“If you fail to invest and cut spending when demand isn’t high, then you cut short the economic cycle and it can create a downturn, and you’re also reducing the productive potential. According to any mainstream arguments in economics, the government’s austerity agenda has been far too deep even on standard macroeconomic terms.

“That’s the limit of centre and soft-left arguments against austerity we see now, but we’re also starting to see arguments for a much more radical set of policies to do with democratising ownership, that being an essential part of Corbyn’s economics — which are to an extent part of the post-war consensus, but confined to particular industries and a model of top-down Morrisonian organising of those companies, a command-and-control way of organising nationalised enterprises.

“What Corbyn is looking towards is the democratic-socialist ideal of having much more worker ownership, co-operative and mutual ownership combined with state ownership over the commanding heights of the economy as well as a project to democratise the state.”

If such an economic policy were to be implemented outside of full EU membership, could this be described as a form of protectionism, shielding domestic industry from foreign competition by increasing import tariffs?

“If you’re taking the standard lexicon of macroeconomics then yes, but every successful economy has relied on a greater or lesser amount of protectionism. So when you look at the growth of the US, the UK or the current advanced economies, they grew during a time of capital controls. Protectionism has a lot of connotations, but it’s actually just a standard part of any developing economy.

“We are currently living in an era of unprecedented financial globalisation, and the argument against that is what underpins a lot of the resistance to the EU, because a lot of the arguments are about trade protectionism. The arguments about financial globalisation which are about capital mobility and flows of money around the world are much less compelling, and a lot of economists and even the IMF are coming out and saying capital mobility is not generally a source of that much good — it increases the likelihood of crises and has all sorts of other negative effects. So saying we don’t want an economy open to financial flows is not really protectionism, it’s fairly sensible.” 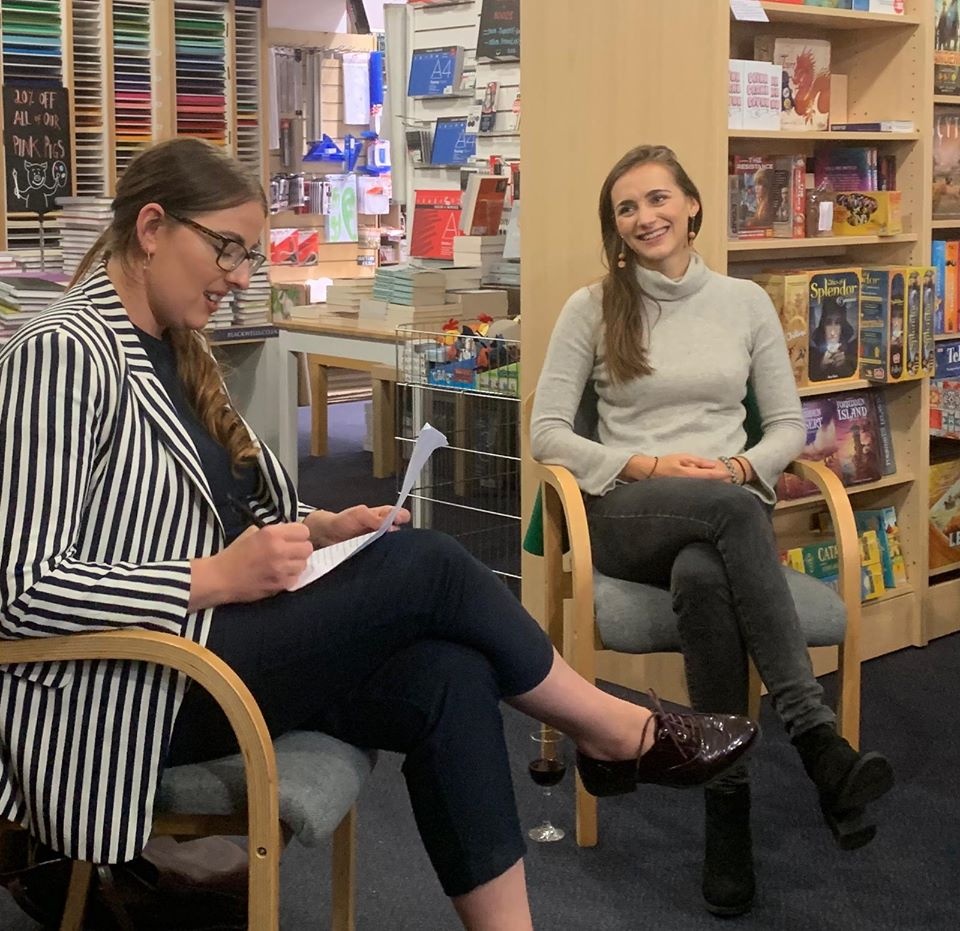 Much debate has surrounded the feasibility of implementing Labour’s manifesto within the restrictions of EU legislation, including whether the nationalisation of industries would fall foul of state-aid rules: the final arbiter would be the European Court of Justice (ECJ), which operates on a principle that tends to protect the “rights” of the free market.

“As it stands, Labour’s manifesto could probably be implemented within the EU, but anything further you definitely wouldn’t be able to do,” she explains.

“So at the moment they’re talking about nationalising natural monopolies like the utilities, which you could argue would be permissible under EU state aid rules: a lot of countries currently have those things monopolised, but it would be a question played out in the courts. There’s a potential that there would be legal challenges and we just don’t know.

“Capital controls would never be allowed within the EU. In the long term, no socialist project is possible under the free movement of capital because investors use their financial power. So the Labour manifesto as it stands doesn’t go far enough.

“There are two things that underpin the ‘Lexit’ argument — state aid, and capital mobility. State aid is more marginal because some is allowed, although very expansive state aid isn’t allowed. The current amount in the Labour manifesto is probably permissible, though it may or may not be. It would depend on the interpretation of EU law in the courts, but capital controls aren’t in the Labour manifesto, so that would be a longer term issue.”

“They are a mechanism to facilitate competition, the idea being that there are some industries in which you get market failures where you have natural monopolies, where a single corporation can monopolise an entire service.

“So for example in rail, where you’ve got one rail track you can’t feasibly build another rail track alongside it and create an endless amount of competition. It’s a natural monopoly. And in those cases the EU says state intervention is allowed as long as private contractors are allowed to compete as well, because that would actually facilitate competition rather than undermining it.”

A legal report from the Renewal Journal claims that whilst seventeen of Labour’s economic manifesto proposals would not be hindered by EU membership, seven others would likely fall under regulatory “block exemptions” with two having to be notified.

One of these would be the creation of a national investment bank. Although some member states such as Germany do already have such banks, just how welcoming the EU would be to further members creating one is another question, as Blakeley indicates.

“There are a lot of EU rules that are very selectively implemented. If you look at the ‘stability and growth pact’ for example, that legislation says Eurozone countries have to keep their deficits within 3 per cent of GDP. When Germany and France break it they aren’t punished — but when Italy and Greece break it, they are, and that’s all to do with politics rather than actual law.

“So again you have to think about the power politics and how this plays into the enforcement of the legislation. Finally, there’s a general impetus towards liberalisation across the Eurozone, across the EU economies over the last thirty or forty years, which suggests that whilst some countries do currently have big nationalised industries and have national investment banks, the governments that attempt to go from not having them to having them would be treated with much more scepticism than those that have them and go to not having them.

“A big part of the case against the EU has been its role in acting as a neo-colonial imperialist bloc in the global economy, mainly through this mechanism of capital mobility. Capital mobility is one of the four freedoms, which includes freedom of movement of capital within the EU and also outside of the EU.

“The role of the EU and the US, the main dominant imperial blocs in the global economy in pushing capital mobility, has been deeply damaging to the global south, it has sucked capital out of those economies into the financial systems of the global north, creating all sorts of unhealthy dynamics there.”

Finally, I ask her to cast her economist’s eye over Labour’s environmental manifesto, which promises an exciting and visionary Green New Deal. Could this be complemented by an economy less reliant on food imports that rely heavily on carbon emissions?

“The move towards locally produced and consumed goods is important, especially when you look at international agriculture — there are things that can and should be produced domestically for a whole set of reasons — including the fact that most global food supplies are monopolised by six massive companies.

“The meat industry is one of the worst contributors to greenhouse gas emissions, and there’s a very strong case for moving towards domestic production and consumption, in terms of environmental and economic sustainability, because relying too much on finance and commercial services is not a sustainable model for any economy.”

Grace Blakeley sits on Labour’s National Policy Forum, is economics commentator at the New Statesman and is a research fellow at the Institute of Public Policy. Her recently published Stolen: How to Save the Word from Financialisation is available now on Repeater Books. 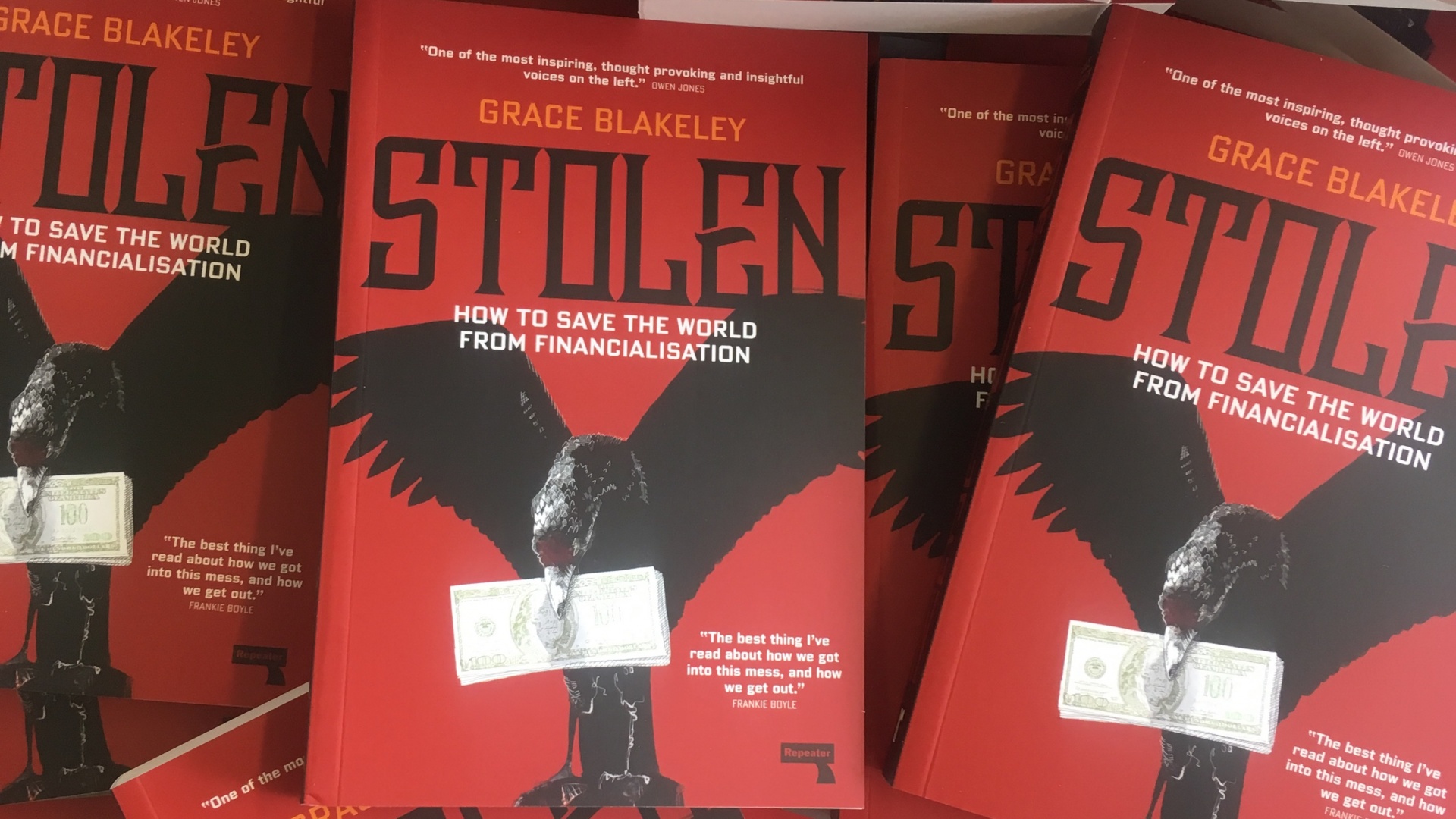