Kill-lists and commandos: Germany still has a Nazi problem

Europe's most powerful nation is experiencing a worrying growth in far-right extremism, violence and killings — including infiltration of the government, army and police, reports DUROYAN FERTL in the first of a two-part series

SOON after the government announced dramatic steps to combat far-right extremism in the military, it emerged that a new wave of neonazi death threats have been sent to left-wing politicians and public figures. After turning a blind eye to the neo-fascist threat for years, authorities are now finding its tentacles spread throughout Germany’s security apparatus and society.

On July 9, Germany’s annual report on domestic extremism showed a sharp increase in far-right extremism in 2019 — 32,080 known individuals, up from 24,100, and 13,000 of them prepared to use violence. Christian Democrat (CDU) Interior Minister Horst Seehofer — who infamously celebrated the deportation of 69 asylum-seekers on his 69th birthday and asserted “there is no place for Islam in Germany” — suddenly declared right-wing extremism the biggest threat to Germany’s security. This was a clear departure from previous years, where conservative rhetoric had focused on the dangers of Islamism and “left-wing extremism.”

After years of government indifference, the far-right has been growing rapidly in Germany, with often deadly consequences. Interior Ministry figures record 986 acts of attempted or perpetrated far-right violence in 2019, over 600 targeted at elected politicians.

In June 2019, CDU local politician Walter Lubcke was murdered in his home in Hesse by a man with connections to the far right, including the notorious terror network, the National Socialist Underground. In October, a 27 year-old neonazi attacked a synagogue in Halle on the Jewish holy day of Yom Kippur. Failing to enter the synagogue, he killed two people at random, including one outside a kebab shop.

In February members of a terror cell, “Group S,” were arrested preparing attacks on mosques across Germany, and a far-right gunman killed nine people of immigrant backgrounds at a shisha bar and cafe in Hanau, near Frankfurt. The shooter has not been linked with any group — leading some to invoke the language of “lone wolf” attacks — but before killing his mother and then himself, he left behind a written manifesto expressing racist, anti-migrant and misogynistic views with parallels to the Utoya and Christchurch killers. In June, Focus magazine reported that German neonazis are receiving paramilitary training at white-supremacist camps in Russia.

The spate of far-right violence has increased pressure on the government and authorities to finally address the issue. After promising a strengthened security response, the Interior Minister banned the neonazi group Nordadler (Northern Eagles) on June 5 — making it the third far-right group to be banned in Germany this year, following Combat 18 in January and the “United German Peoples and Tribes” group in March. The problem runs deeper than a few neonazi groups however, and extends deep into the German military — the Bundeswehr.

On July 3, Der Spiegel reported that an army reservist had been found with the private contact details of 17 top politicians and celebrities, including federal ministers, state prime ministers and current and former leaders of the Greens and the left-wing party, Die Linke. 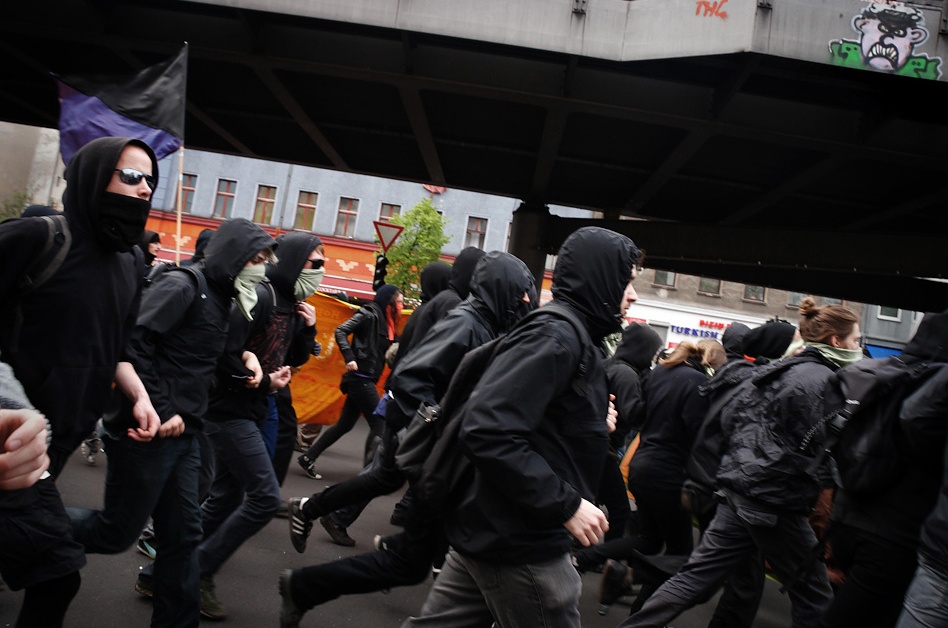 He was in two far-right WhatsApp groups, while a similar Facebook chat group of reservists called “Zuflucht” (“Refuge)” has also been exposed, with participants discussing private armament and a “racial war.”

On June 30, just hours before Germany assumed presidency of the European Council, Defence Minister Annegret Kramp-Karrenbauer announced an overhaul of the country’s elite military special forces, the KSK. The KSK had “become partially independent” from the chain of command, with a “wall of secrecy,” a “toxic leadership culture” and extensive links with right-wing extremism.

An investigation revealed that 48,000 rounds of ammunition and 62 kilograms of explosives had disappeared from the KSK’s arsenal, and the elite unit has now been suspended from all further activities, while one of its four battalions — the 2nd Company — is to be entirely disbanded.

Extremism in the 1,400-strong KSK commando force is nothing new either. A KSK party in 2017 featured far-right rock music and Nazi salutes (a punishable offence in Germany). In May, a KSK officer in Saxony was found with Nazi memorabilia and literature, illegal weapons, several thousand rounds of ammunition, and two kilograms of explosives.

As far back as 2003, KSK commander Reinhard Gunzel was sacked for publicly supporting anti-semitic statements by CDU MP Martin Hohmann. Hohmann is now an MP for the far-right Alternative for Germany (AfD), while Gunzel became a popular speaker at neonazi events.

Links between the German army and the far-right run deeper still. In 2017, Nazi memorabilia was repeatedly found inside army barracks, and the Suddeutsche Zeitung reported that the extremist Identitarian Movement was actively recruiting at the military university in Munich.

Defence Minister (now President of the European Commission) Ursula von der Leyen demanded an overhaul of the military, the removal of any links with the Nazi-era Wehrmacht and the renaming of military bases named after World War Two soldiers, but top brass dragged their feet, preventing any meaningful change.

Also in 2017, a German soldier, Franco Albrecht, was arrested living a double life as a fake Syrian refugee and planning to carry out “false flag” attacks on politicians and refugee activists. Ammunition, military equipment and Nazi gear were found in his residence, and a larger network was revealed, but the military authorities let Albrecht off with a warning.

It took until last November for the German courts to finally start proceedings against him for “preparing a serious, state-damaging act of violence,” after several more armed far-right networks were exposed across Germany.

In 2019, it was made public that one of these groups — the “Nordkreuz” (“Northern Cross)” network — possessed a “kill-list” of high-profile politicians including Greens leader Claudia Roth, Foreign Minister Heiko Maas, former German president Joachim Gauck and members of Die Linke.

Ostensibly a “prepper” network, the group had acquired large amounts of ammunition and firearms, much of it sourced from police and military stockpiles. They had even ordered 200 body bags and a supply of quicklime to dispose of the bodies. The network — which was discovered in 2017 but remains active — includes soldiers, police, lawyers, a judge, and other members of society, and trained regularly at police and army reserve shooting ranges. 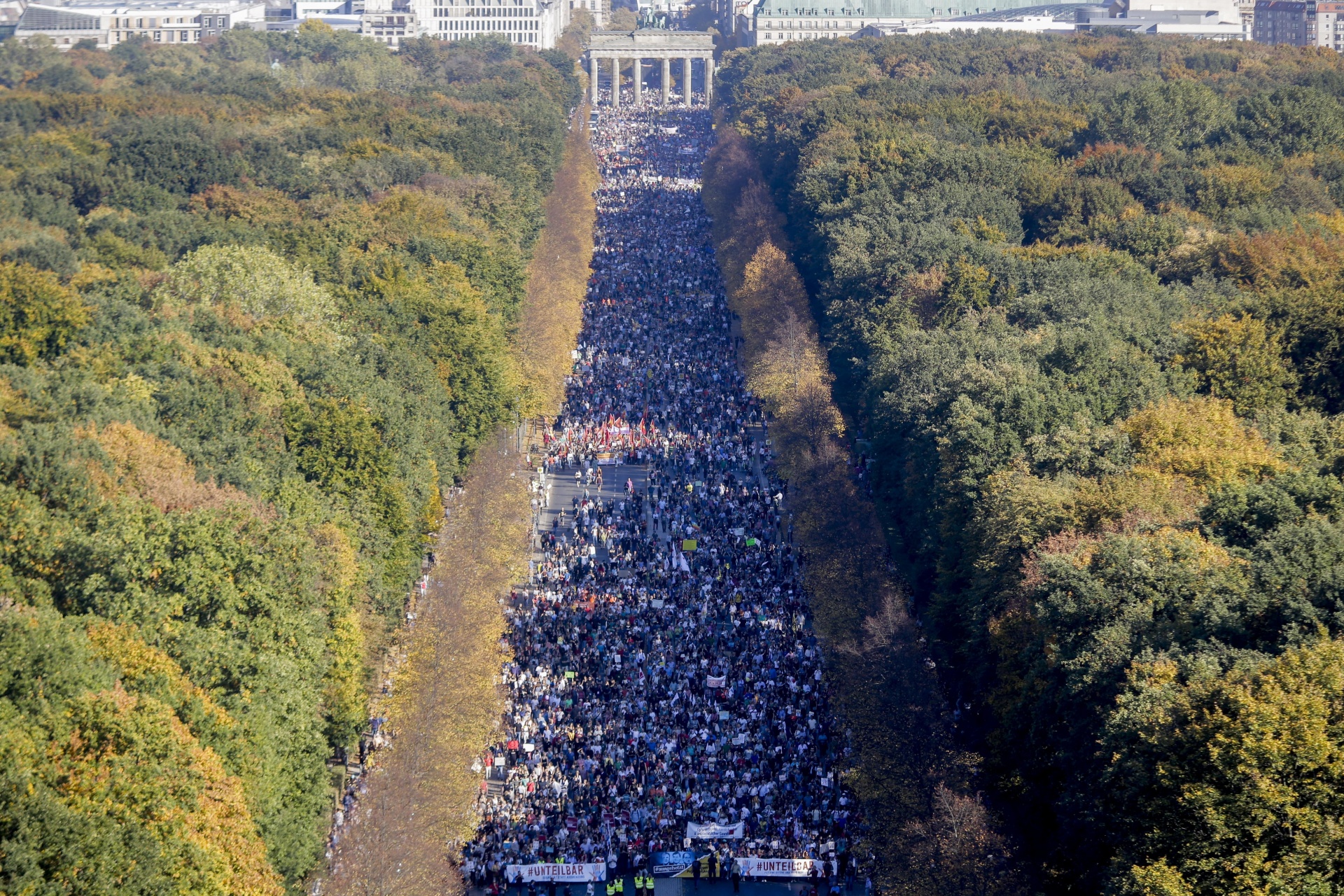 “Nordkreuz” also possessed a longer hit-list of names and addresses of 25,000 left-wing and pro-refugee individuals, based on data taken from police computers. The same list was also found in the possession of far-right terror group “Revolution Chemnitz,” and was distributed in an email to AfD members by state MP Heiner Merz, who encouraged them to target named individuals, saying “there are few limits to your imagination.”

“Nordkreuz” members themselves were using the list to plan a series of attacks, kidnappings and executions on an unspecified “Day X.” So far, however, only three members of “Nordkreuz” have faced any charges.

The revelations sparked fears of a “shadow army” operating within the military, and brought the Germany’s military counter-intelligence agency, the MAD, under increased scrutiny.

In January, the MAD revealed that 550 active soldiers were under investigation for right-wing extremism, including 20 in the KSK, and in 2019 around 800 reservists were excluded because of their “anti-constitutional attitude.”

Last year, however, the MAD also admitted it had misled parliament and had consistently under-reported the number of right-wing extremist soldiers.

There are even fears that the MAD — the body tasked with monitoring extremism in the military — has itself been infiltrated. In June, a senior MAD investigator was suspended after alerting KSK members to the raid in Saxony in May, and in 2018, another MAD officer was charged for tipping off KSK trainer, Andre Schmitt, to a raid on the KSK in connection with the Franco Albrecht case.

Nonetheless, the MAD continued to claim that it had checked, and was certain no “shadow army” existed. Evidence soon emerged, however, to suggest this view was naive — at best.

Read the concluding part of this article in tomorrow’s Morning Star.