The Morning Star’s Alexander Norton spoke to the Connolly Youth Movement's ALEX HOMITS as he began his third term as General Secretary of the communist youth organisation, following the conclusion of its Ard Fheis (congress)

"This was the largest congress we have had in a long time. Every single city and town in the country with the exception of Tralee was covered" — Connolly Youth Movement conference 2020
×

Alexander Norton: Can you give some background to the Connolly Youth Movement (CYM)?

Alex Homits: This congress coincides with the 50th anniversary of the first all-Ireland one in 1970. In 1970 the Young Communist League of Northern Ireland and the southern connection that was the Connolly Youth Movement unified. Most put the foundation of the CYM as 1963, making it one of the oldest youth organisations in the country.

This was the largest congress we have had in a long time. Every single city and town in the country with the exception of Tralee was covered — and we’ve heard there’s an interest there now as well.

This would technically be the 5th congress since we picked up membership outside Dublin — five years ago there were only nine of us, 4 from Dublin, 1 from Lurgan, 4 from Cork. The single most important recent development is that we have grown so dramatically and rapidly that it is almost hard to keep up. With that growth has come a momentum, an energy, a feeling among our members. 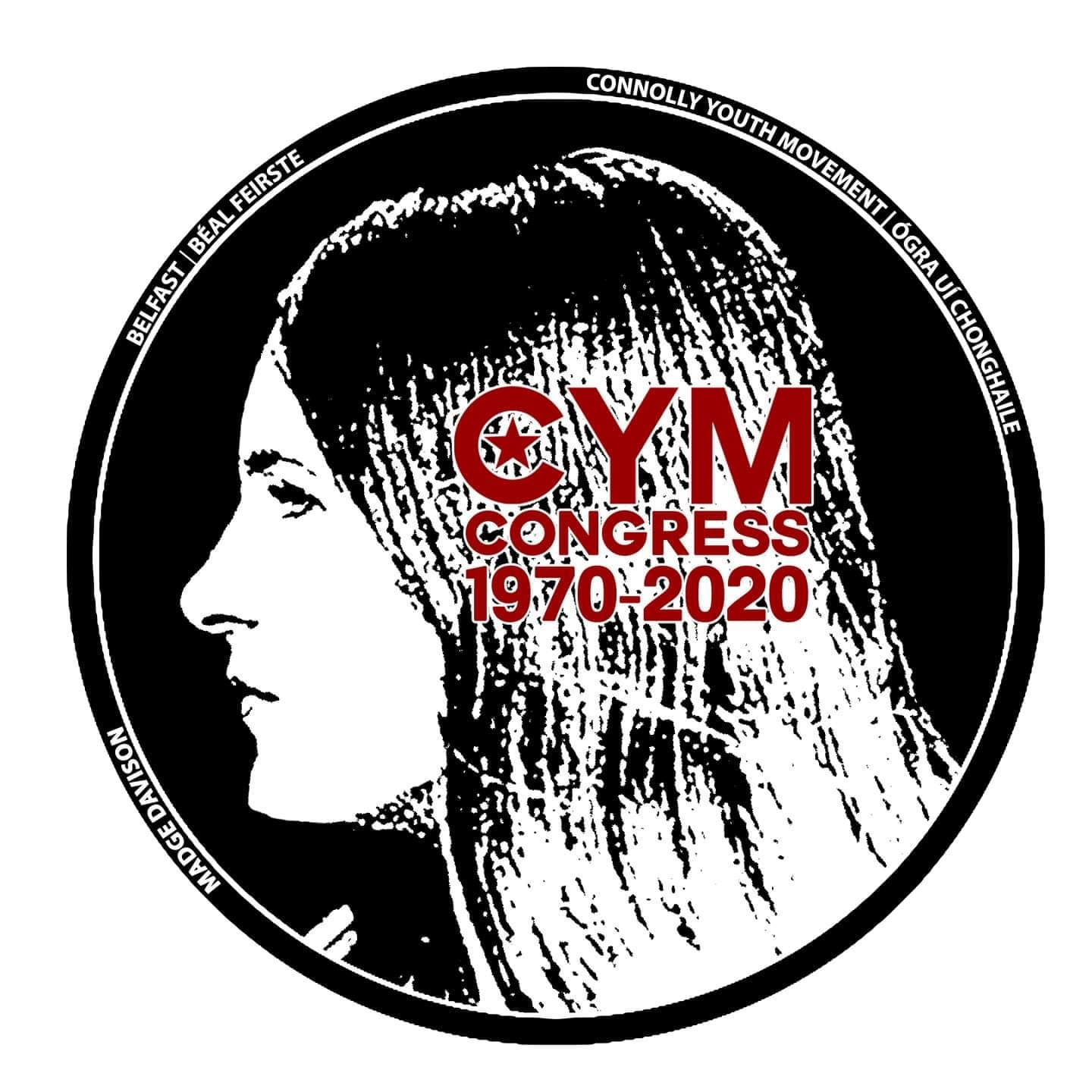 AN: How would the CYM characterise the political situation in Ireland now, especially for young people?

AH: Never in the history of Ireland have so many developments taken place that favour the growth of a communist youth organisation.

Catholicism and religion are in retreat. Big-house unionism is collapsing under its own contradictions by imposing austerity on its own population while trying to fall back on bigotry.

Consciousness and culture are at a place where they have never been before and the flourishing of alternative ideas is something that our growth is connected to. Young people simply do not have faith in the old ways of doing things, and won’t passively sit by. They cannot afford homes or housing, work in precarious jobs and end up migrating for lack of alternatives.

In the absence of dogmatism and theocracy, political economy is being assessed and the question is being asked: why are things like this? The link to capitalism is really clear for everybody.

Ireland is unique in that it is not a country of the imperial core, it continues to be occupied by a direct military presence in the six counties, and the entire island is subject to European, British and American subjugation via finance capitalism and multinational corporations.

Anti-imperialism is the bedrock of Republicanism — this further assists in linking the social and national issues together as one. To build socialism we must struggle and achieve sovereignty, to be sovereign — we must be socialist.

We have taken this analysis of capitalism, using the lived experiences of young people in Ireland to demonstrate the basis of the problems we face as a generation, the symptoms — and the short term and long term solutions. For example, our housing occupation, the Connolly Barracks, stimulated a lot of discussion everywhere — and we are sure more occupations will follow.

Young people are eager to get better wages when they’re stuck in unfulfilling work, eager for more input into their work process and eager to take pride in their work. All of these things can only be mitigated and modified temporarily by struggle and good trade-union organising, but a lot of people are realising that these are not long-term solutions. In fact I would argue that young people are going through a political renaissance in Ireland, a rebirth of their ideas.

Our movement has grown with the help of the internet but primarily as a very dialectical response — the culture, ideas and tradition of the youth, have changed. We see this in the recent election as young people surged in a vote for Sinn Fein. It doesn’t mean they’re all Shinners, it just means they want things to be materially better — as Marxists we understand that to mean that they’ve realised their class interest. 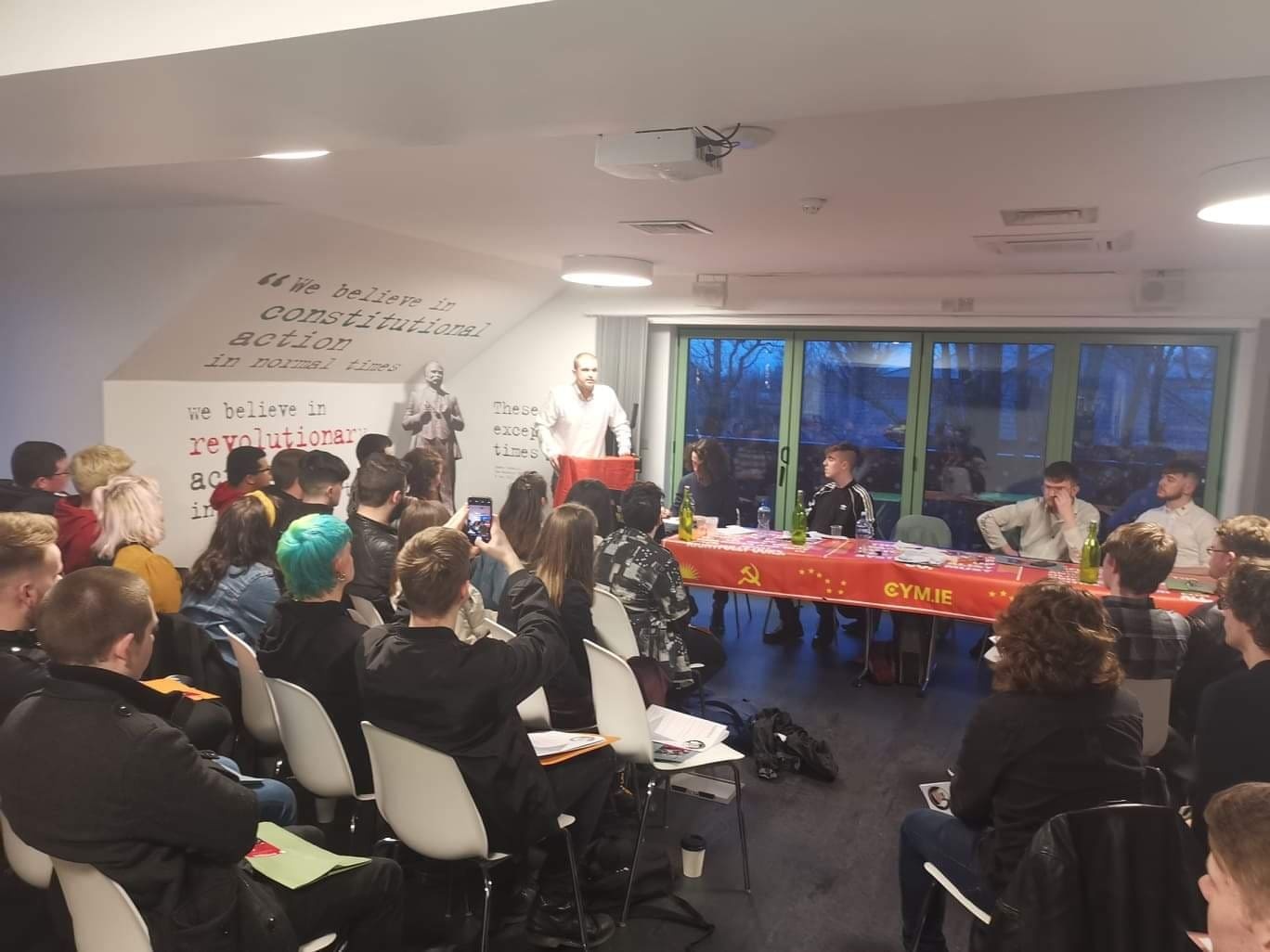 AN: What were the challenges going into this congress and what were the major decisions taken?

AH: The truth is comrade, that the main challenge was getting everybody settled. We did not operate this event as a delegate one and simply wanted to ensure all our members were able to come, but about half our membership was still missing.

A few key decisions taken include us explicitly dropping support for social-democratic parties. We called for a vote against austerity parties during the election — but we were correctly criticised for not taking a concise position on who we suggested voting for. The fact is that it did not matter. We drew on the international lessons of Greece and determined that participating in a “lesser evil” struggle undermined the cohesion of the working class and misdirected the understanding of socialism in Ireland.

Socialism will not and cannot be delivered through the ballot box and the CYM and its membership will not lie about this or endorse those who do. We will lend support on a critical, case-by-case basis to elected representatives when the interests of our organisation align with theirs on a certain subject.

A central motion was that branches were now instructed to partner with combat [sports] clubs [MMA, boxing etc.] We place health as a central issue for the young people of Ireland, this includes emotional, psychological and physical health — and see our movement as a vehicle for creating a left counterculture that challenges the worst aspects of substance abuse among the youth.

In order to succeed, we will need to lead the way. In the year of 2020 our branches will now seek our friendships and partnerships with certain gyms and develop functional self-defence programmes. Alongside the issues revolving around health we are also witnessing the rise of the far right, we note that and know that they observe us, know some of our members (myself included) and wish nothing but violence on us. We will not be threatened, intimidated or harmed by anybody and therefore will raise the capacity of our movement to defend itself against all threats.

Another key discussion took place regarding “sex work.” This has been a very contentious subject in the English-speaking communist world. A motion led by comrades from the Belfast Women’s Committee assessed the origins of sex work and the violence that it entails — and effectively created a resolution that lends the support of the CYM to those who want to get out of the industry, those who want to struggle to reduce harm for themselves and to exclude pimps, brothel owners and exploiters, as well as highlighting that the only benefactor in the industry is the boss and the consumer; the consumption of sex, as a unique mode of work has no socially necessary value and only exists for satisfaction.

This was contentious because the subject requires respect and sensitivity, because it is a traumatic experience for many who sell sex and because the rise of sex work, which is overwhelmingly a youth issue, is linked to austerity and socio-economic conditions.

AN: Does this mean you oppose the “decriminalisation” movement?

AH: We oppose any liberal-led movement. A motion later on in the congress instructed the National Executive Committee to review sex work, from start to finish and create a theoretical piece on it. We are Marxists, we do not deal in absolutist statements — that would not be scientific.

We oppose the glazing over of sex work by magazines, journals and liberals as something that’s empowering. Perhaps for some it is — but statistics demonstrate that poverty and trafficking are the leading creators of sex workers.

We will review Ireland and the conditions that exist here and base our analysis on that. Initial discussions included highlighting the fact that most of the people in the industry suffer from PTSD and want to get out — we need to play a role in making that happen.

AN: What has been your most successful project since the last congress?

AH: Since the last Congress the most successful actions have been the disruption of the Fine Gael government meeting that gained national attention, but as far as campaigns go, we work on the basis of short term, medium term and long term — and often they overlap.

Our occupied barracks in Cork still stands. Our branches have swelled in numbers and drawn many new people in. Over Christmas, a concerted effort by Dublin, Belfast and Cork saw food drives, toy drives and sanitary-item drives raise thousands of euros and thousands of items for those who have been impoverished by the Irish state.

We actually see the Extinction Rebellion model (not the organisation itself) as a good way to grow. We conduct actions, we largely get away with it — and we use the actions to explain our politics and recruit more people, then we scale our actions up.

Our aim is to create a cadre organisation capable of carrying out direct actions and eventually embracing the working class in a struggle against capital and its institutions. We are full of energy and optimism that we are up to the task. 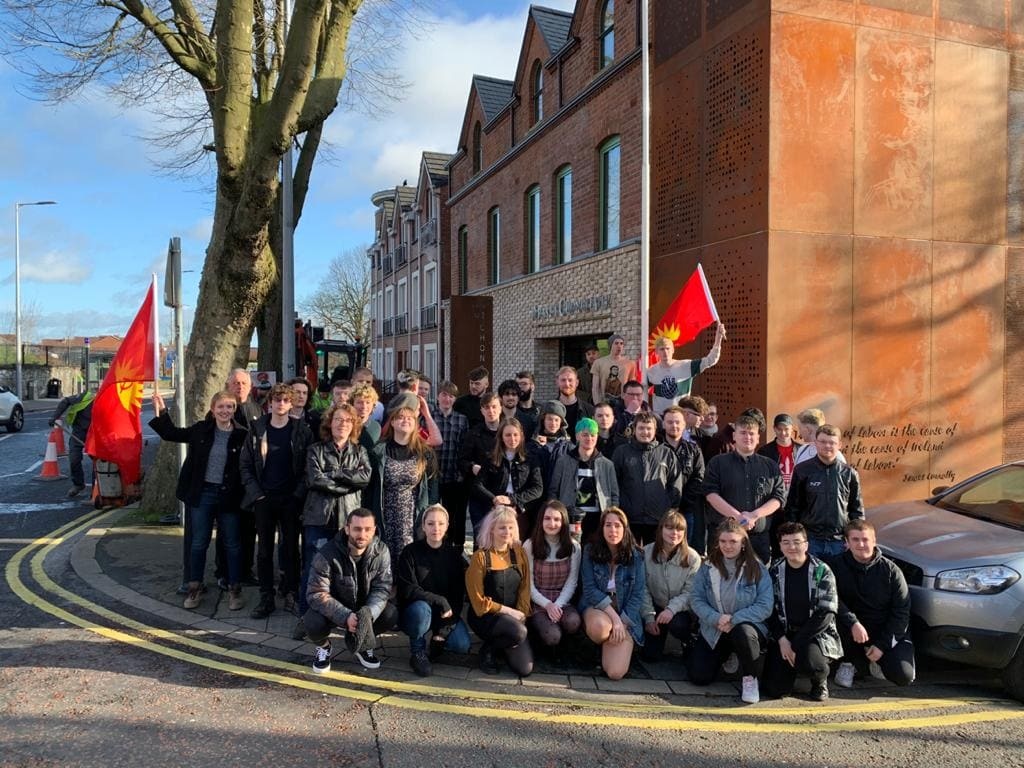