The Red Gyms of England — a new front for anti-fascism

A new movement of socialist fight-sports clubs is smashing misconceptions that the left is a muddle of middle-class milquetoasts, writes JAMES CROSSLEY

IT SHOULD not have taken the Brexit vote to show that one of the biggest challenges that the 21st-century organised left faces is its tenuous connection to working-class interests.

The story of why this happened is well known. Attacks on trade unions by Conservative and New Labour governments, and New Labour’s obsession with middle-class swing voters, alienated working classes from socialist movements. New Labour took its traditional base for granted and failed to take seriously the decline of industry and the rise of precarious work.

Labour’s surprising showing in the 2017 election showed signs of a recovery — and this was because Labour began to address economic issues that matter in post-industrial Britain. But achieving power will not be easy. Getting Labour’s message and manifesto past an almost universally hostile media continues to be a difficult task. And socialism can only become rooted if it takes seriously the interests of working-class communities.

The rapid rise in Labour membership following Corbyn’s remarkable leadership triumph in 2015 has given progressives the opportunity to close the door firmly on the past few decades — and insist that socialism should not be something boring, cliquey and separate from everyday life.

Enter a socialist culture from below.

Manchester – amidst a much-publicised housing crisis – has been home to such developments and has made socialism interesting and accessible again. Manchester Momentum has run bingo and quiz nights, and the anti-fascist 0161 Festival organised hiking trips, football tournaments, club nights and a community gym, in between their annual music festival. Both Manchester Momentum and 0161 have seized on the importance of aesthetics with their well-produced posters, flyers and stickers.

0161 are part of a countrywide re-emergence of “red gyms.” One of the most prominent is women-led Solstar Sports Association, based at the Refugee and Workers Cultural Association, a Turkish and Kurdish socialist community centre in Tottenham, North London. Solstar run boxing, martial arts and self-defence classes for adults and kids. It is based on socialist principles and is always run by three experienced female trainers, presently Ella Gilbert, Paula Lamont and Anna Zucchelli: they argue one of the simplest ways to fight sexism is to have women in charge, especially in what are traditionally male-gendered roles.

Like all their politics, this is a subtle, rather than headbanging approach — and the gym is free of the trite and self-congratulatory sloganeering of liberal feminism: the gym is women-led but decidedly open to all. I have attended several of Solstar’s sessions and seen some of the political events associated with the centre. Political interests are mentioned in the inductions, partly to ensure that it is a gym where people of all abilities and backgrounds will find a welcoming environment. But if an observer had missed the opening session, they could be forgiven for not noticing that this was a socialist gym. This is because organisations like Solstar know that normalising socialist principles in everyday life ought to be central in building any mass movement. 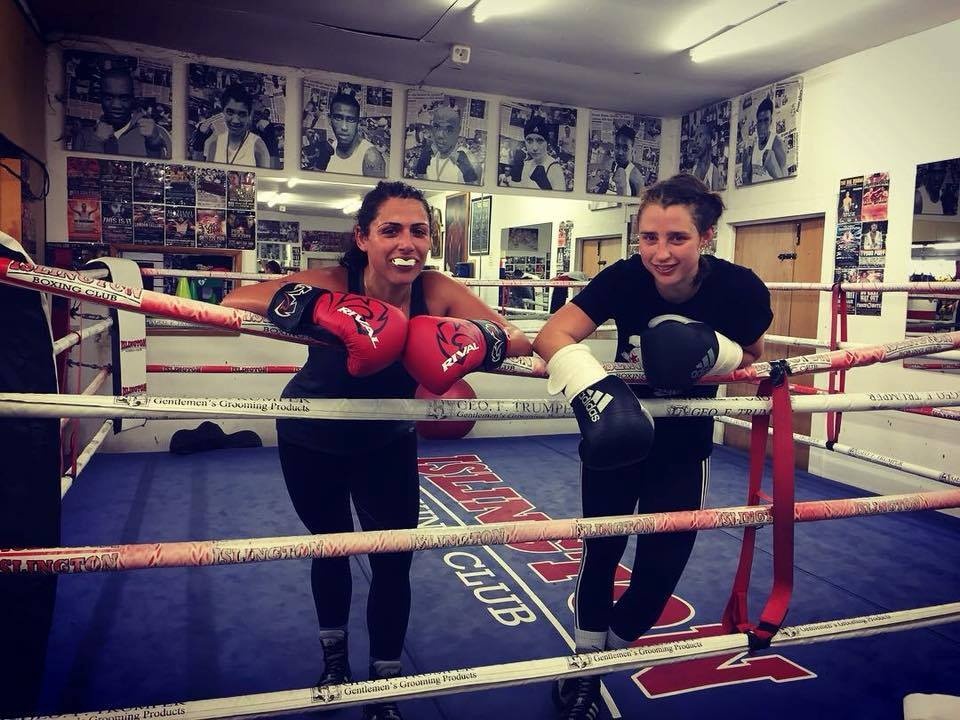 Last month I went to a new gym run by the Cambridge Socialist Club (CSC). The design and socialist aesthetics of the club banner (pictured) might even rival the rightly praised posters produced by Manchester Momentum. Not only is CSC grounded in socialist values, it promotes its links to the trade unions—and if you are a GMB member then you’ll get to train for free.

CSC is based at East Barnwell Community Centre and located well away from the world of Cambridge academics and assorted intellectual posers. Like Solstar, the participants come from a range of abilities and backgrounds—including people from Romanian, Lebanese, Portuguese, and Turkish families.

Likewise, the atmosphere was friendly and welcoming but serious once training began under the watch of former amateur boxer Saeed Kobeissi.

This was a good example of socialism normalised. Indeed, like their fellow red gyms, they also run other cultural events, such as their Forward Cambridge day festival which mixes live music, DJs, and short, accessible political talks.

GMB rep Gordy Cullum was the inspiration behind starting this new red gym in 2018. After seeing a return of far-right violence on the streets in London last year, he decided to take his gloves back off the hook and start a club for the local community. I sparred with Gordy as he trained for his upcoming fight, when CSC met up with 0161 and Solstar for an interclub boxing card in Manchester.

I spoke with Gordy about the role of the St George’s Cross on the club banner—something 0161 have also used unashamedly. Isn’t a national flag and its tainted history something that makes leftists and liberals queasy?

Gordy’s response was that the England flag should not be confused with the Union Jack—the flag of British imperialism. What’s more, his take on the flag is that it does not represent the Queen and all the associated pomp and ceremony. Nor is this the England of the far right, no matter how hard they try to hijack the flag as the far right try to hijack national flags everywhere else.

Instead, the English flag points to something else that has an obvious popular appeal, and this includes a shared, ongoing and ever-changing history. Underlying his point is something important: if socialism is alien to everyday interests of local communities, who do take the English flag seriously, then how can socialism expect to win? Indeed, is it even socialism if a movement remains dominated by academia and middle-class intellectuals uninterested or even opposed to the English flag?

Half-Cypriot himself, Gordy spoke about his experience of Greek culture on his mother’s side as he was growing up and how this led him to think about how in England we forget to celebrate our popular cultural heritage, from songs to histories from below—including a popular political tradition of the Peasants’ Revolt, the English Revolution, trade unionism, and anti-fascism. 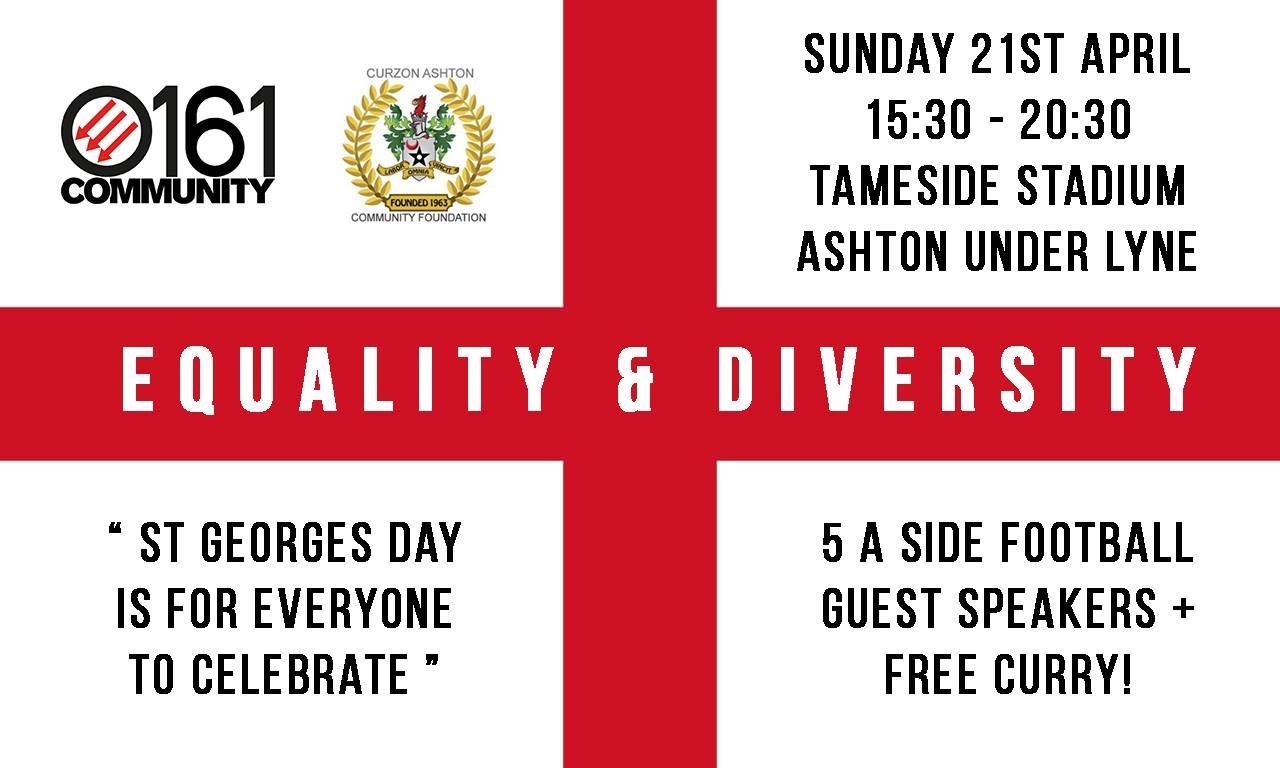 Sports clubs are a forgotten part of the tradition of cultural socialism. Decades of neoliberalism have destroyed industry and severely weakened the trade union movement. But where socialists and communists stepped up in hard times during the growth of the pre-war labour movement, so they can again. A new socialist culture can provide opportunities to improve lives and not just through sport, but also education, music, film, and even just socialising. This can create a society beyond the brutal individualism of the past few decades. 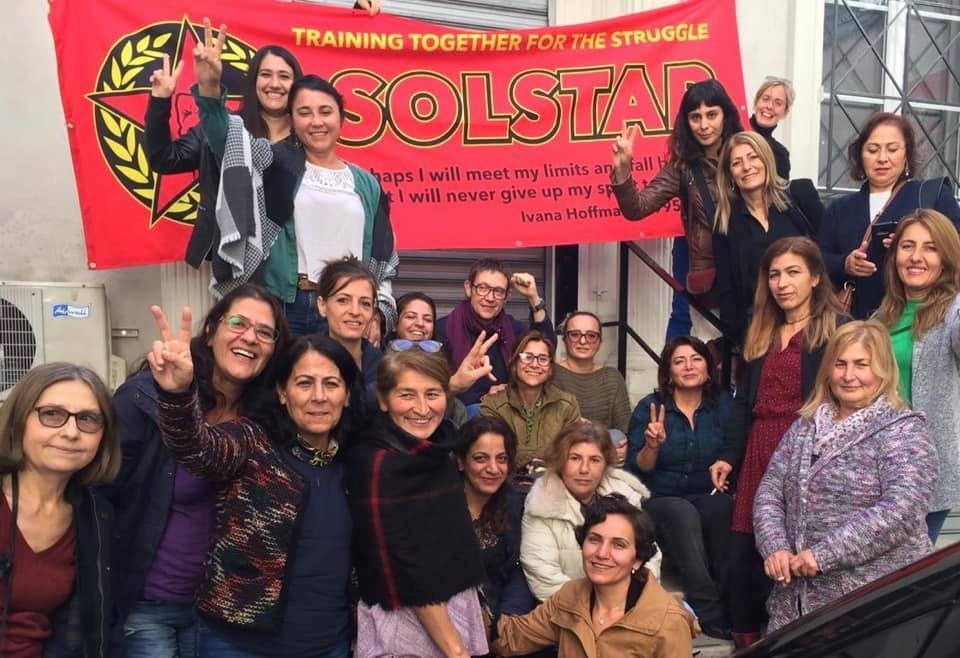 The work of CSC, Solstar, 0161, Manchester Momentum and others show that socialists are the ones who will help support communities wrecked by neoliberalism and politicians disconnected from their interests. This will be essential for the future survival and success of the English left. And we should not forget this: creating a political culture from below is something the left can dominate. It is unlikely that there will be centrist clubs and cultures supporting The Independent Group, talking about a shared history of warmongering and austerity, and singing songs lionising Chris Leslie.

And where the far right continually try to develop their own martial arts culture to try and recruit among the working classes, socialists will be there every step of the way to stop them — because no-one else will. But it will only work if it is a socialist culture closely aligned with working-class interests.

And by making this openly part of a historic and ongoing English tradition, places like Cambridge Socialist Club show that the organised left and its values can—and should—emerge from local communities. English identity is a ready-made collective identity that can help develop a movement for the many not the few. To succeed, this needs to be a wider cultural socialism that doesn’t just tolerate an English heritage but makes it clear that this is English heritage.