Remembering the volunteers for liberty

If the Spanish Civil War broke out today, would you pay the ultimate price to defend democracy and fight fascism? RICHARD MACKEY and ROBERT MACDONALD tell the story of those who did

WOULD you give your life in the fight against fascism? Between 1936 and 1939, 526 out of 2,500 International Brigades (IB) volunteers from Britain and Ireland did just that when they lost their lives trying to defend the democratic Spanish Republic during the Spanish civil war.

Other IB volunteers survived but were captured and imprisoned by Spanish dictator Franco’s forces. Some republican prisoners were later sent to the Nazis’ Mathausen concentration camp as political prisoners during the WWII.

During the 1930s, the dangers that growing Spanish, Italian and German fascism posed were ignored by many western governments.

However, communist parties and the Communist International understood what was happening and formed the IB to help the Popular Front government against Franco’s military coup.

Hitler’s Germany and Mussolini’s Italy both supported Franco against the democratically elected government of Spain.

Germany and Italy faced no serious opposition from western European governments as they sent troops and weapons to Spain and tested new warfare techniques, such as the aerial bombing of civilians in the Basque town of Guernica, immortalised in the incredibly moving painting by Picasso.

As a result of the war, 400,000 Spanish people lost their lives, with a similar number escaping into exile. One million Spaniards were imprisoned under the Franco regime.

Despite supporting Hitler and Mussolini, including sending thousands of Spanish troops to fight alongside Hitler’s forces, Spain claimed neutrality in WWII. After the end of the war in 1945 saw the defeat and eradication of German and Italian fascism, Franco remained in power as a dictator until his death in 1975.

Today, October 17, is an important date in the fight against fascism. It is the anniversary of the 1938 passing-out parade of the IBs. Before volunteers returned to their home countries, they received a ticker tape send-off through the streets of Barcelona.

In tribute to those who fought with and supported the IBs, the Communist Party of Britain has planned commemorations across the nation today with full support of the International Brigades Memorial Trust (IBMT).

In Manchester, the North West District of the Communist Party is planning a ceremony, subject to covid safety arrangements. Party members will be joined by supporters of the IBMT and the local IB Greater Manchester Group.

Other commemorations are due in London, Glasgow, Cardiff, Middlesborough, Newcastle, Cambridge, Oxford and Southampton. Running alongside this, there will be an event in Barcelona honouring those who did not return home.

Communist parties played a key role in the IB. 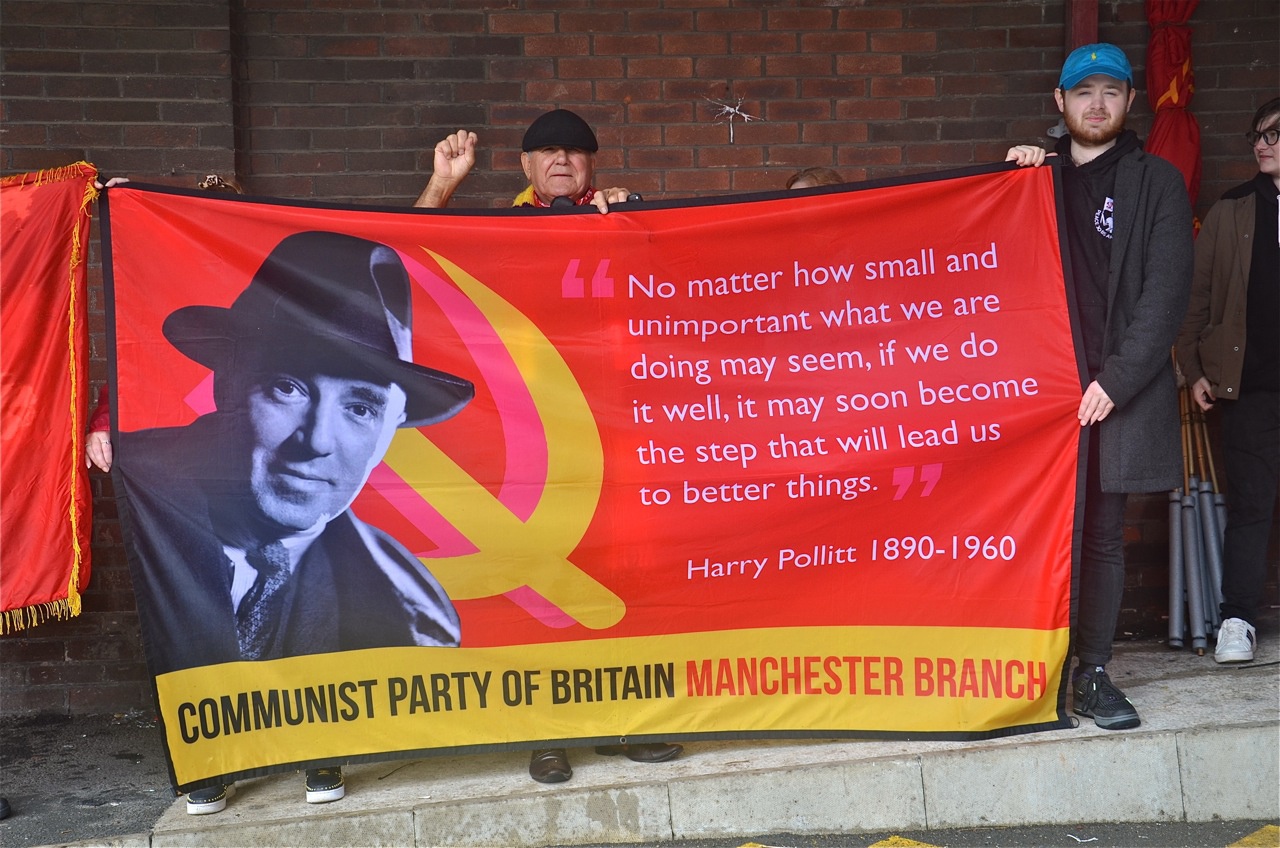 Today, a red plaque stands in Droylsden, Greater Manchester, where Pollitt was raised, to honour his achievements.

Another Mancunian who played a key IB role was Sam Wild. He was born in Ardwick and became active in both the National Unemployed Workers Movement and in anti-Oswald Mosley protests in Manchester during the 1930s.

After volunteering for the IB in January 1937, he became a company commander in July that year before taking full command of the British Battalion in February 1938. Decorated with the Medal of Valour for action during the Ebro offensive, he was promoted to the rank of major at the final parade of the Spanish Republican Army’s 35th Division in October 1938.

Another Manchester volunteer was Thomas Moore, who died at Teruel in 1938. A memorial to him is located at Manchester’s Moston Cemetery. 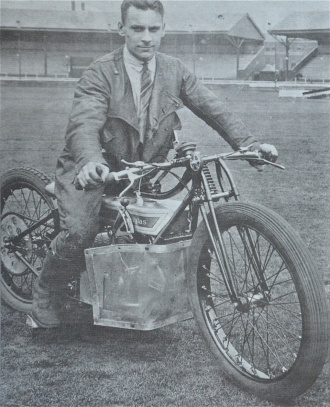 Other north-west volunteers included Oldham’s Clem Beckett, a popular speedway rider and one of the first Lancashire volunteers to join, and an early victim of the war in 1937.

Sam Wild’s daughter, Dolores Long, is due to speak at today’s Manchester commemoration. She is a member of the IB Greater Manchester Group and the national executive of the IBMT.

Paul Ward of the Communist Party in Greater Manchester will also speak, while Paula Barker, the Labour MP for Liverpool Wavertree, was due to speak but because of Covid-19 restrictions will sadly not be able to attend .

Today, the IBMT keeps alive the memory and spirit of the 2,500 men and women from Britain and Ireland who volunteered, along with those who supported the volunteers and the cause of the Spanish Republic at home.

It brings together families, friends and admirers of the IB, along with historians, labour movement activists and others who share an interest.

It also ensures that the more than 100 memorials in the British Isles to the volunteers are maintained and where appropriate, new ones are erected.

North-west memorials can be found in locations including Ardwick, Ashton under Lyne, Bolton, Chorlton, Manchester, Moston, Oldham, Salford, Stalybridge and Wigan. Others are in Preston, St Helens and at various locations in Liverpool.

There are other IB supporters groups and memorials across England, Scotland, Wales and Ireland too, honouring local men and women who played their part in Spain and at home. 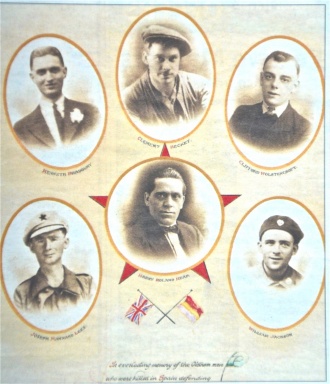 In Greater Manchester, Oldham Gallery hosted a touring IB exhibition in 2013 and it has a 1938 memorial poster portraying Oldham volunteers who died in Spain as part of its local collection. The Working Class Movement Library in Salford has artefacts and information about the IB, as does the People’s History Museum in Manchester.

Today we say, as the volunteers did in Spain: “No Pasaran!” — the fascists shall not pass.

Richard Mackey and Robert MacDonald are among the organisers of today’s commemoration in Manchester.

The legacy of the Levellers as pertinent as ever

Eight areas of Britain have more children living in poverty than not, new research reveals

Labour exposes two-tier working benefiting CEOs and those in London