‘Schools are the most important cultural centres of Cuban communities’

At a time when socialist governments across the continent face destabilisation and worse, it’s worth a look at what a difference they can make to people’s lives.

After this month’s Unions for Cuba conference Nayda Elisa Diaz Luis of Cuba’s education union the SNTECD met me to explain some of the ways in which Cuba’s schools are different from those over here.

Nayda became a teacher after graduating in history and Marxism and quickly got involved in the union as she “always liked to represent fellow workers. I started as a trade-union activist working at the grassroots.

“Over time I was given greater responsibilities, became a union secretary at provincial level and worked with the CTC [Cuba’s trade union federation] and then I was promoted to work in Havana.

“None of that happens without the votes of the workers in the union. They elect the trade union leaders, so you are always accountable to the base.”

In stark contrast to Britain — though this could change if we elect a Labour government next month — teachers in Cuba have a big say on education policy and much of that influence goes via their union.

“We determine the policies that are to be implemented. Each month, we participate in a directive council transmitting the opinions, suggestions and alternative proposals made in the education sector to the Ministry of Education.”

The role of the working class and unions in shaping policy is strengthened in Cuba’s new constitution, she says.

“The constitution was constructed on the basis of popular opinion, with different commissions including an education commission consulting on changes. Thousands of workplace meetings took place as part of the consultation. It’s a democratic constitution geared to the contemporary situation in Cuba, strengthening socialism.”

“Parents, teachers, unions, local companies and the whole community take part in popular councils. Schools are the most important cultural centres of the community.

“Every month, teachers and parents evaluate the academic and disciplinary performance of children and propose activities to improve things.”

Unlike in Britain, parents get paid time off to attend these meetings — a far cry from the “parents’ evenings” here where neither the teacher nor the parent has a serious input into school policy.

“It’s a strategy designed to give priority to children and their families. Education is free, the food is free, music, art and dance is free, as is participation in all kinds of sporting activity. The quality of life of the children is paramount.

“At the monthly meetings the pupils with the best results are recognised. Those who have fallen behind buddy up with students who have done better to help them along.”

The approach is aimed at “developing in young people the values of solidarity, honesty and hard work.” There is complete equality between the sexes and schools receive specialist help for pupils with special educational needs.

Cuba spends double what Britain does on education as a proportion of GDP, and the average class size in the country is just 9.2.

The system sounds fantastic, but the shadow of the US blockade falls over education as it does everything else.

“The blockade affects education in every area. US interference affects the availability of petrol, which affects transport to school. It affects IT and computers. Nothing can arrive in Cuba that has an element manufactured in the US — this is an attack on our sovereignty, but also on the sovereignty of third countries that wish to trade with us.”

It has caused acute shortages of equipment, from braille machines for blind children to musical instruments.

Nayda makes a point of thanking the Cuba Solidarity Campaign and the NEU for bringing these to Cuba in defiance of the blockade, but the small quantities possible — NEU members on a fact-finding delegation had to physically carry in braille machines in their luggage — means the shortages remain acute. 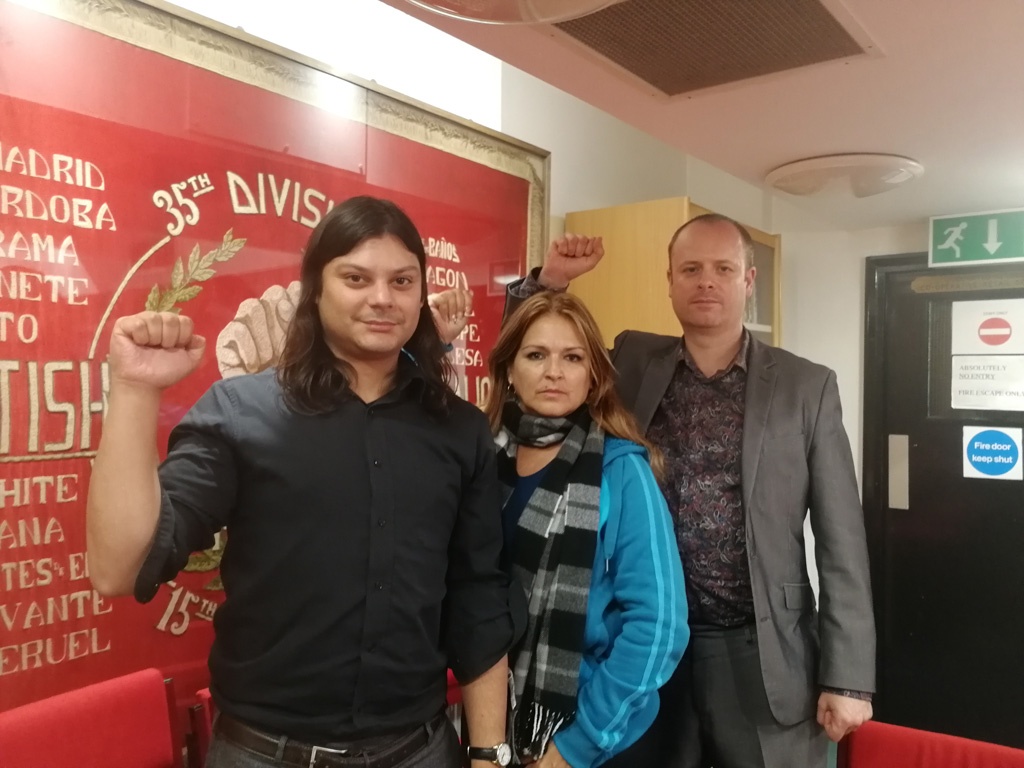 “Despite this Cuba continues with solidarity to other countries. Four thousand people working with the Yes I Can literacy project have taught over nine million people to read and write. Our missions helped eradicate illiteracy in Venezuela, Bolivia and Nicaragua.

“And in turn we receive solidarity from around the world. We know solidarity movements are persecuted. I thank everyone who has so bravely supported us and gone out of their way to help Cuba, and all the countries that vote in the United Nations each year against the US blockade, including your country. It is the most convincing assurance to us that Cuba is not on its own.”