Cuts to universities form part of a larger devaluing of social and educational support over the last decade, writes ANGELIQUE RICHARDSON

THE novelist and poet Thomas Hardy (1840-1928) was an anti-imperialist and supporter of women’s rights, including the suffrage.

The son of a builder and a domestic worker with a love of books, he grew up in what would become known as the “hungry ’40s,” in a home filled with dramatic tales of political activism.

He urged the importance of internationalism to promote ethical ideals and peace, writing in 1917 that patriotism should “be extended to the whole globe” and that “the sentiment of Foreignness” should “attach only to other planets and their inhabitants, if any.”

Hardy did not go to university (though when he lived in London in his twenties as an architect apprentice, he attended evening classes in French at King’s College).

While just over half of young people attend university now, few Victorians did.

His last novel, Jude the Obscure, told the story of a working-class man who could not get into Oxford, though he is cleverer than those who did.

Hardy emphasised the complementariness of different subjects, writing into his notebook from the Fortnightly Review in 1876 a meditation on “the deplorable condition of our present historical & scientific training — history leaving out science, & science leaving out history.”

The Royal Historical Society recently issued a statement on plans to end the teaching of history at Aston University (now to survive), the University of Sunderland, London South Bank University and Kingston University.

Aston was granted university status in 1966, the others are post-1992 universities.

They are attended by predominantly working-class, first-generation students and, often, a higher proportion of black, Asian and other ethnic minority students.

While Sunderland has colleges in London and Hong Kong, and LSBU, Kingston and Aston also have international partnerships, like other newer universities, they are also more likely to serve students from local communities, with caring responsibilities and who may not have the means to study away from home.

They also serve students who leave school at 16 with few or no qualifications and find their way to higher education through different routes, sometimes part-time.

Earlier in May, plans were announced to cut Office for Students funding for art and design courses by 50 per cent (£121.50 per student per year), in favour of science, technology, engineering and mathematics (Stem).

In April, following protests, the government pledged support for Horizon Europe, the EU’s funding programme, of which Britain was a member before exiting the EU.

With the pandemic-affected graduate job market suppressing loan repayments, and a government manifestly seeking to direct students to Stem subjects, further cuts are likely to hit the arts, humanities and social sciences hardest.

A growth in student numbers has been unevenly distributed, with many institutions outside the research-intensive Russell Group seeing a fall in numbers, alongside pandemic-related costs of over £600 million. The market will never look after you.

Quite apart from the loss to knowledge, understanding and creativity that cuts to the arts and humanities represent (and which form part of the £21.5 billion (1.2 per cent) that universities contribute to the UK’s gross domestic product), these cuts make little economic sense for students.

As the British Academy has recently reported, humanities graduates can earn at least as much as science graduates. And boys and men, who are underrepresented in the arts and humanities, have much to gain from studying them.

They might be encouraged to take them, alongside the various initiatives that rightly supported girls and women in Stem subjects, such as Girls Who Code and Million Women Mentors. Challenging stereotypes, and overcoming the obstacles they present, is good for everyone.

The current and projected cuts to universities form part of a larger devaluing of social and educational support over the last decade.

They most affect those who are already struggling, and in the most disadvantaged areas.

Britain has higher levels of regional inequality than any other country in the global North.

It has been similar for schools: those serving more deprived areas have seen the largest falls in spending over the last decade.

The Office for National Statistics reported that the rise in inequality of household income in the last decade is largely down to the diminishing effectiveness of cash benefits to redistribute income from the richest to the poorest, coinciding with the freezing of many cash benefits.

Disadvantaged communities, already ravaged by government cuts, have been disproportionately affected by Covid-19.

The Big Issue notes that women and people of colour are more likely to have had their hours cut or lose their jobs during the pandemic.

The Trussell Trust reported in March that a record 2.5 million emergency food parcels were given to people in crisis, in a year in which Marcus Rashford stepped in to provide children receiving free school meals with food during the school holidays, after 321 Conservative MPs voted against this.

In December, a survey by the Child Poverty Action Group, supplementing the Poverty in the Pandemic report, revealed that nearly nine in 10 low-income families with children are now worse off, with three-quarters finding it “difficult” or “very difficult” to manage financially.

There are now 4.3 million children living in poverty in the UK, in families that are struggling with unemployment, access to healthcare and education.

George Osborne’s 2017 two-child cap on benefits broke the link between individuals and support that had prevailed since Elizabethan times, pushing an estimated 1.25 million children — 46 per cent of those from black and minoritised ethnic groups, 26 per cent of white British children — into poverty.

A study shows that it has also been a significant factor for more than half the women who took the decision to end a pregnancy during the pandemic, leaving them “feeling significant regret and sadness because they felt unable to continue what was a wanted pregnancy.”

Life chances are significantly affected by family income and adequate economic, social and educational support from the early years onwards are imperative if we are to see a more just society.

Labour’s Sure Start programme, introduced in 1999, and targeted at highly disadvantaged neighbourhoods, had major health benefits for children, preventing around 5,500 hospitalisations.

By 2009-10 it accounted for a third of overall spending on programmes for the under-fives.

But funding was cut by two thirds to £600m in 2017-18, when Action for Children estimates there were already 400,000 fewer children using the centres than in 2013-14, a direct consequence of a 62 per cent cut in council early years service spending since 2010.

Many young people, however bright they are, never come close to applying to university.

The latest DfE figures on higher education by class, gender and ethnicity show that while 85 per cent of privately educated students attend university, of those on free school meals, only 13 per cent of white males and 19 per cent of white females attend.

Of these, 70 per cent go to new universities; more than half of universities have fewer than 5 per cent of disadvantaged white students.

The Institute for Fiscal Studies reports that mentoring programmes, including Project Access and Brightside, help young people from low-income families who are less likely to attend university, even if they are high achieving.

A lack of information and role models also stand in the way.

According to Anne-Marie Canning, chief executive of the Brilliant Club, which campaigns to widen access to university, gender stereotypes, which intersect with economic deprivation in reductive and damaging ways, are a significant factor in the strikingly low attendance of white males.

A class-impacted mental health crisis in adolescents (mainly girls) presents further challenges: UCL Institute of Education and the University of Liverpool record 24 per cent of 14‐year‐old girls in the UK are experiencing depression, and 9 per cent of boys of the same age.

Students, including those from disadvantaged groups who make it to university against all (and rising) odds, need to have access to core subjects, including history, whatever university they attend.

History helps us to understand the world, our shared and unshared pasts, and our relation to each other.

For those for whom it has been difficult to get into university, or who access learning by alternative means, history connects them with material struggles and movements of the past and across national borders.

Hardy published Jude the Obscure in 1895. Like Jude, Sue Bridehead, whose intellect “scintillated like a star,” is also debarred from the university, which did not permit women to get a degree until 1920.

“You are one of the very men Christminster was intended for when the colleges were founded,” she tells Jude, “a man with a passion for learning, but no money. But you were elbowed off the pavement by the millionaires’ sons.”

Since Jude the Obscure was published, and divided its readers, the most moneyed 10 per cent in Britain have consistently held the majority of wealth. Without a more effective means of redistribution, there is likely to be little change.

Angelique Richardson is a historian of science and medicine, and professor of English at Exeter. Her books include Love and Eugenics in the Late 19th Century and After Darwin. 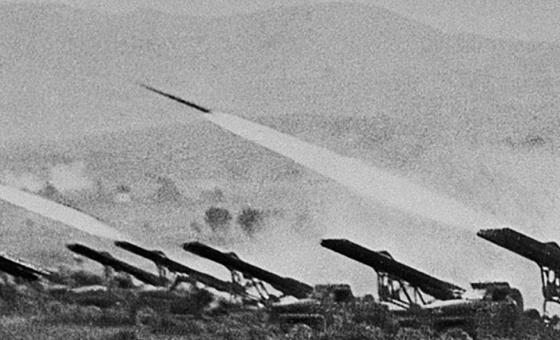