There is no such thing as 'an ethical pimp'

MORGAN FINNIE responds a wealthy business owner who claimed to run 'a feminist brothel' in New Zealand, where prostitution is legal

In July 2019 the Huffington Post published an article written by Antonia Murphy, a white woman who speaks of having gone to a private school in her youth, who describes herself as an “ethical pimp.” Murphy started her “career” after a divorce which left her alone to look after her daughter and in need of an income, and operates in New Zealand.

When describing how she talks to her child about what she does, she says that she “explains it in words she can understand” by saying that “ladies do dress-up and give kisses and cuddles to men and make lots of money.” 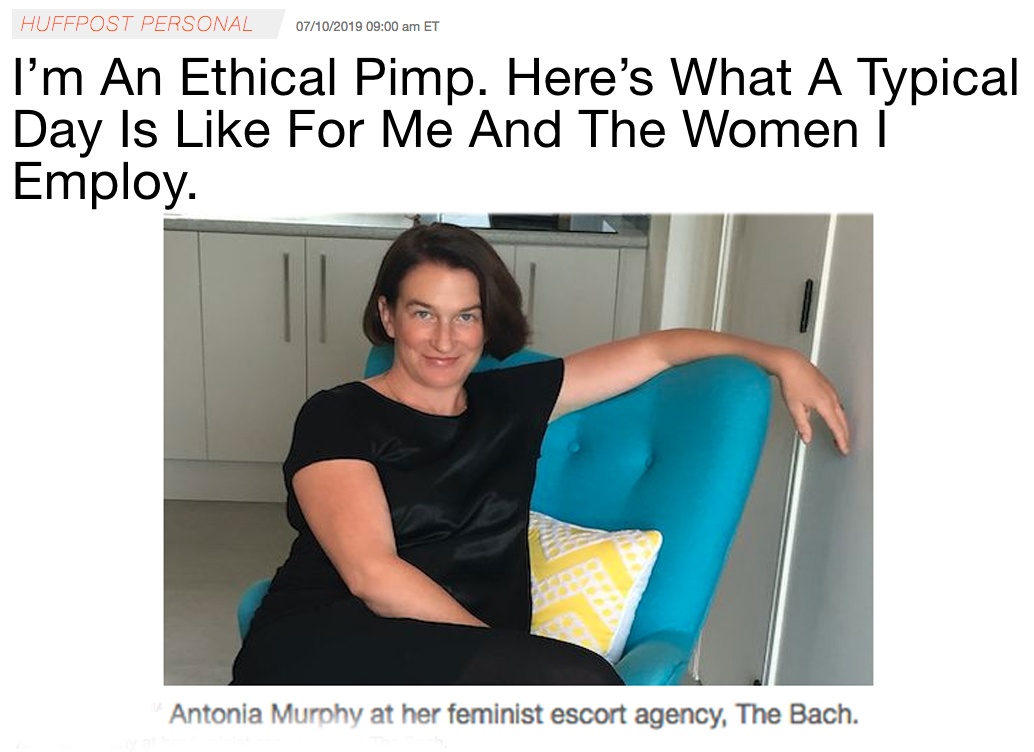 Perhaps a better way to describe her career choice is “running a brothel,” or even better, “mummy exploits young women into having sex with men they don’t know just so they can survive.”

Murphy states that at The Bach, they have a service called the Girlfriend Experience, where the woman is offering the opportunity for vaginal and oral sex, and kissing, as well as “companionship and kindness.”

Apparently, The Bach only sells services and a woman’s time. Not women, not sex.

She also compares prostitution to being a therapist or a caregiver, however, these professions actually help people and are productive work, and are only exploitative under the capitalist system.

Prostitution, however you try to dress it up, is a misogynist practice under any economic system, with predominantly women being beaten, raped, trafficked and killed as a result, either by men who use these services or by their pimps.

But Murphy claims she is an “ethical” pimp who runs a “feminist brothel” — she doesn’t exploit poor women in order to make her money.

First of all, let’s talk a bit about the “clients” of The Bach. All clients mentioned in the article are men who all visit the brothel for different reasons. However, most of the men mentioned are cheating on their wives, with one man thinking that his sex drive is more important than remaining loyal to his wife who suffers from dementia.

However, the most dehumanising description of a client is of a man who they call “Eric with Autism.”

Eric is a grown man who is described as living with his parents, and once he has saved his disability benefits “for weeks” his mother drives him to the brothel. To mention this client and describe him the way she did, whether intentionally or not, is to perpetrate the ableist myth that liberal feminists love to mention, that disabled people aren’t able to find someone to have sex with on their own, but they have to pay a prostitute in order to have sexual experiences.

The women who sell these services are all between the age of 18 and 45, with many having children to care for, as well as other jobs. Whilst, according to Murphy, some of the younger women only take bookings about once a month and are looking for a “sexy adventure,” Murphy is happy to announce that: “The Bach has employed dozens of women, helping many of them out of poverty. We easily offer the best-paid job available to young women in our New Zealand town.”

And this is precisely the problem. Prostitution is inherently exploitative as it provides women with a way to stay out of poverty, by selling themselves to men. Whilst struggling to make ends meet, these women are still living in fear that they will be “outed” as prostitutes in their town, even though prostitution is decriminalised in New Zealand.

Activists who scream that “sex work is work” ignore the implications that engaging in prostitution has on women. A peer-reviewed study which interviewed 854 prostitutes showed the exact types of violence that these women face, and is shown down below:

Rape, STIs, unwanted pregnancy and violence are all threats that women face in prostitution, even when the country has the Nordic Model in place.

Liberal feminists who argue that prostitution is productive work, which benefits both parties involved, are either ignorant of other women’s experiences or trying to backtrack on their argument by shouting that we’re “confusing trafficking with sex work!”

But this study, as well as many others, is looking at prostitution and our arguments are critiquing this sexist practice. But because these facts do not fit the narrative, they are completely ignored.

When you look at the facts, a very high percentage of prostitutes are women and children, with three quarters being between the ages of 13 and 25, and over 80 per cent of prostitutes being female. To argue about women’s agency and their right to become sex workers is to filter out the real sufferers of this barbaric practice.

We should be calling Antonia Murphy what she really is: a bourgeois white woman, who is capitalising on the prostitution of working-class women.

A boss who thinks that owning her “business” is more important than providing these women with jobs which involve productive labour and are not dehumanising in practice. To ignore the arguments of feminists for decades and paint anyone who critiques the prostitution industry as a “swerf” is misogynist, and it is incredibly disheartening that women (even some who see their politics as left-wing) are buying into this myth that selling sexual experiences is empowering and productive labour.

Furthermore, the women in the sex trade face the highest levels of PTSD, alongside women who are fleeing domestic violence, indigenous people and survivors of childhood abuse, with between 40-50 per cent of such women being affected in Australia alone.

Instead of listening to the vocal minority who believe “sex work is work,” we should be listening to the voices of the women and girls most at risk of being prostituted, and those that have survived the industry. Because believe me when I tell you, they will not have time for your individualist politics.