Were the Capitol riots really a new milestone in ‘fascism?’

To dismiss the Capitol rioters as indefinable, fanatical fascists is to erase their uncontested place in the history of the US’s capitalist, liberal and democratic racism. This racism has expressed itself historically through the displacement and murder of native peoples and the Manifest Destiny, through Jim Crow, through the collective Confederate memory, through the corporate funding of ICE and a brutal interventionist foreign policy from Vietnam to Iraq
×

FASCISM is back — or is it? “The threat of fascism persists,” “This is what fascism looks like,” “Fascism has made a comeback.” These are the emotive soundbites we have been hearing since the 2016 US presidential election and these voices have been amplified by the recent riots at the Capitol.

The trauma of the second world war has ensured that in many ways, there is no word scarier to us than “fascism.” But the US is not a fascist country — it is a capitalist liberal democracy with a strong history of white supremacy.

The events at Capitol represent a culmination of the divisions inherent in this concoction of bourgeois ideologies, rather than full-scale fascism.

Fascism is an undemanding snarl word, but applied to the Capitol riots, it becomes a scapegoating term, divorcing them from their genuine political ideology into an easily dismissible enemy, which is also implied to be foreign, alien, unnatural to the society wherein it has managed to flourish.

It becomes someone else’s individual problem — and a choice; to quote Nancy Pelosi: “The protesters chose their whiteness over democracy.” As if one’s race is inevitably tied to their ideology and political actions, as if the white observer is individually responsible for continuously choosing one constructed, ephemeral identity over another.

It is an obvious truth that when political and social issues pile up unsolved and produce an anxious crisis, people find themselves drawn to political extremism of varying colours. The right wing in the US has successfully tapped into the current anxieties to produce a quasi-religious and apocalyptic vision of a new Manifest Destiny — the idea dating back to 1845 that the US is destined by God to expand its dominion and spread democracy and capitalism.

It has promised its adherents a meaningful life and place in history, a new idea and memory of an “American” nation — and it has invented a millenarian lore best observable in the cultish QAnon movement. 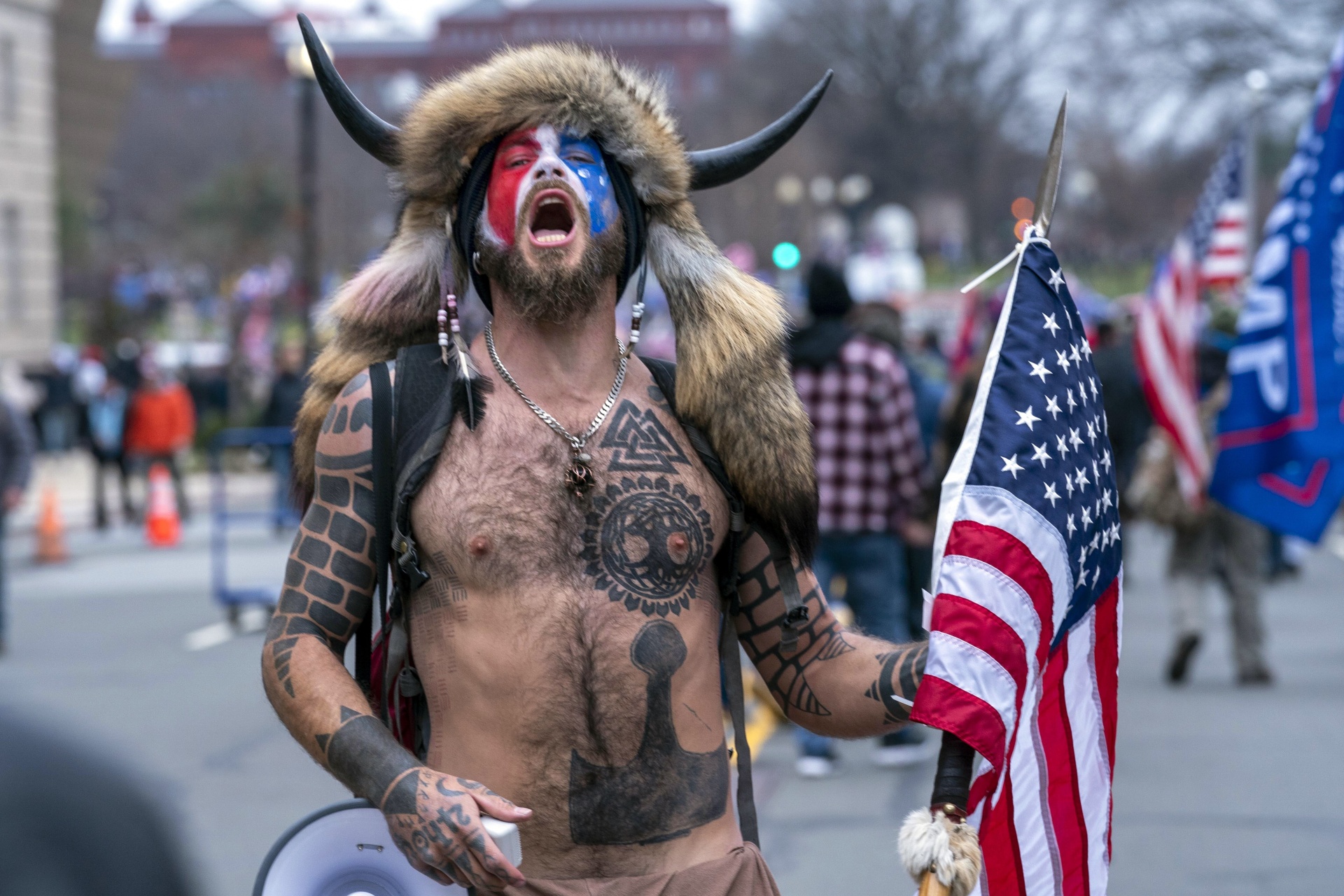 Perhaps this can be traced back to what historian Jeffrey Roche calls “cowboy conservatism,” a post-war movement focused on individual freedom from both state and federal governments, belief in capitalist enterprise and celebration of what was seen as the racial tradition of the US.

The myth of the Wild West, dominated by violence and free of government interference, as the birthplace of the “American spirit” has provided a basis for right-wing extremism. The Old Frontier was defined by gunslingers and settlers who forcibly removed the Native and Hispanic population and who answered to no government.

This fantasy of freedom and capitalist prosperity is precisely of what the modern right-wing extremists dream. The right to encroach and dominate the land and to protect the traditional communal politics is God-given. And Trump has successfully tapped into this very familiar and beloved evangelical belief by abundantly using religious terms in his speeches — far more than any US president in the last 100 years.

The tradition of “taming” the West through the force of a white male hero has been successfully translated into modern terms by Trump’s following, who imagine the world — including the US — as a sort of Panopticon dominated by the evil cabal (Jews, immigrants, the Democratic Party, leftists, etc).

The evil cabal can only be held accountable and ultimately defeated by the arrival of a new type of frontier hero: a religious, economically prosperous, white and conservative man.

His mission — the new Manifest Destiny — is to take the country over the apocalyptic edge and eventually to remake and redeem the nation by ridding it of all the undesirables. While this may sound fascist to those who have not spent any considerable time studying fascism, this tradition in fact has existed well before Mussolini’s Blackshirts and Giovanni Gentile’s Manifesto brought the word “fascism” into everyday speech.

White supremacists — which the right-wing in the US tends to be — view themselves as the messiahs of this new Manifest Destiny who can protect and assert what they articulate as their inalienable right to hold the government accountable and to “drain the swamp.” And that is precisely what they did, fed by the white supremacist tradition and bolstered by their energetic political leadership. 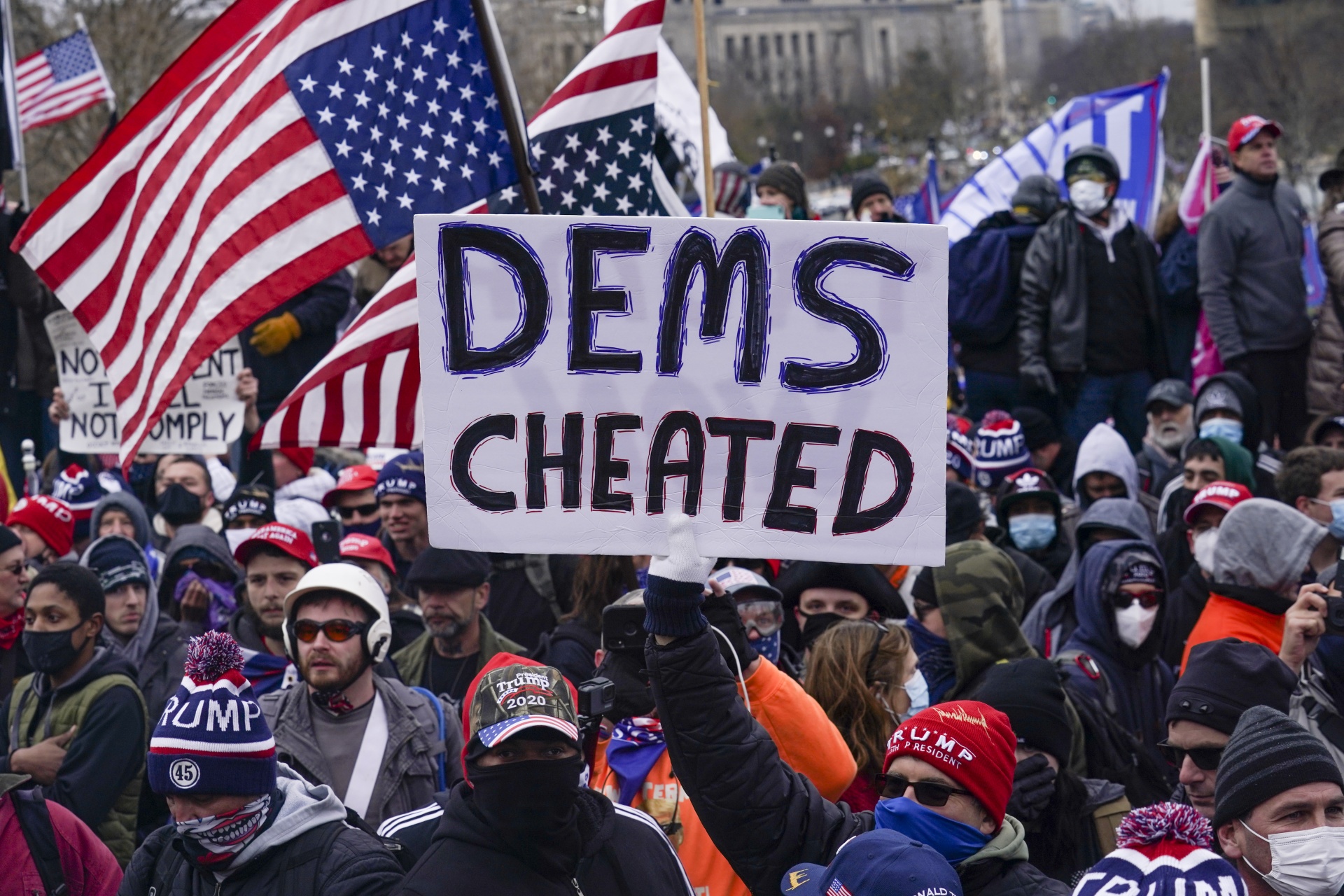 To dismiss the Capitol rioters as indefinable, fanatical fascists is to erase their uncontested place in the history of the US’s capitalist, liberal and democratic racism. This racism has expressed itself historically through the displacement and murder of native peoples and the Manifest Destiny, through Jim Crow, through the collective Confederate memory, through the corporate funding of ICE (Immigration and Customs Enforcement), among other examples of the racist legacy — not least their brutal interventionist foreign policy, from Vietnam to Iraq.

Isolated groups of white supremacists could not have caused all this. Instead, they have successfully exploited the inequities and crises already at the very heart of the US political and social systems — and offered easy solutions to complex issues.

Fascism was not the driving rhetoric or ideology for the Capitol riots and the protesters surely did not do what they did simply because they were white and therefore “hated democracy.” Rather the action sprung from a longing for a new frame of reference, which the Trump leadership readily offered, from a sense of excitation and effectiveness of becoming the new frontier hero.

This tradition at the heart of US democracy since the civil war cannot be dismissed as ephemeral fascism. The rapture at the call for protest gave the rioters a psychological respite from the increasing feelings of isolation, chaos and the perceived decline of tradition. These are the endemic issues of bourgeois democracies built upon racist fantasies with which US citizens must reckon, instead of dreaming of the easy solution of “rooting out fascism.”