Embedded researcher OLIVER DODD, who lived among the armed guerilla forces of the ELN, explains their origins, theory and practice

When founded in 1964, the ELN was, strategically and tactically speaking, inspired by the Cuban Revolution, which proved that a determined and well-organised political-military movement, could bring a solidly US-backed dictatorship to its knees.

While some have written that the ELN grew out of Colombia’s student movement — in reality, it emerged out of a worker-student-peasant alliance.

This alliance included peasant veterans of “La Violencia” (the violence) of 1948-58, where Liberal and Conservative party elites, alongside the Catholic church and powerful landowners, incited and coerced economically dependent peasants to go to war with each other in order to expand the wealth and power of dominant classes. 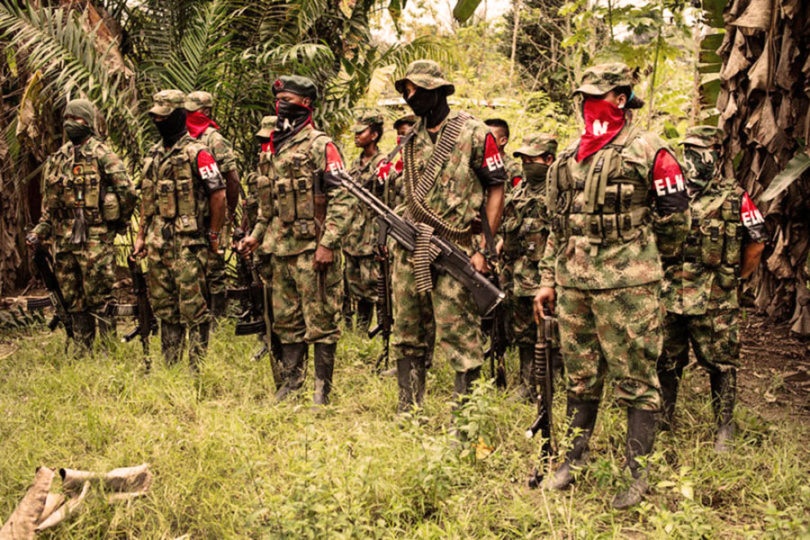 In return for risking their lives, the dominant classes that had facilitated La Violencia offered basic services and favours to the peasants — a form of exploitative relationship known as “clientelism.”

Out of the violent disorder came communist-led “self-defence” zones — some of the few areas that were free from the spreading violence of the countryside — these territories, organised on socialist principles, provided the rural social foundations for the ELN and the Farc (Colombia’s other but now demobilised insurgent group).

To resolve the inter-class tensions that had led to La Violencia, the Conservative and Liberal Party elites signed a pact that constitutionally shared political power between them. By definition, this agreement, which mainly sought to overcome the antagonisms between Colombia’s nationally oriented and internationally oriented capitalists, politically excluded working-class and peasant social forces.

Colombia essentially became a dictatorship governed by servants of the capitalist class. 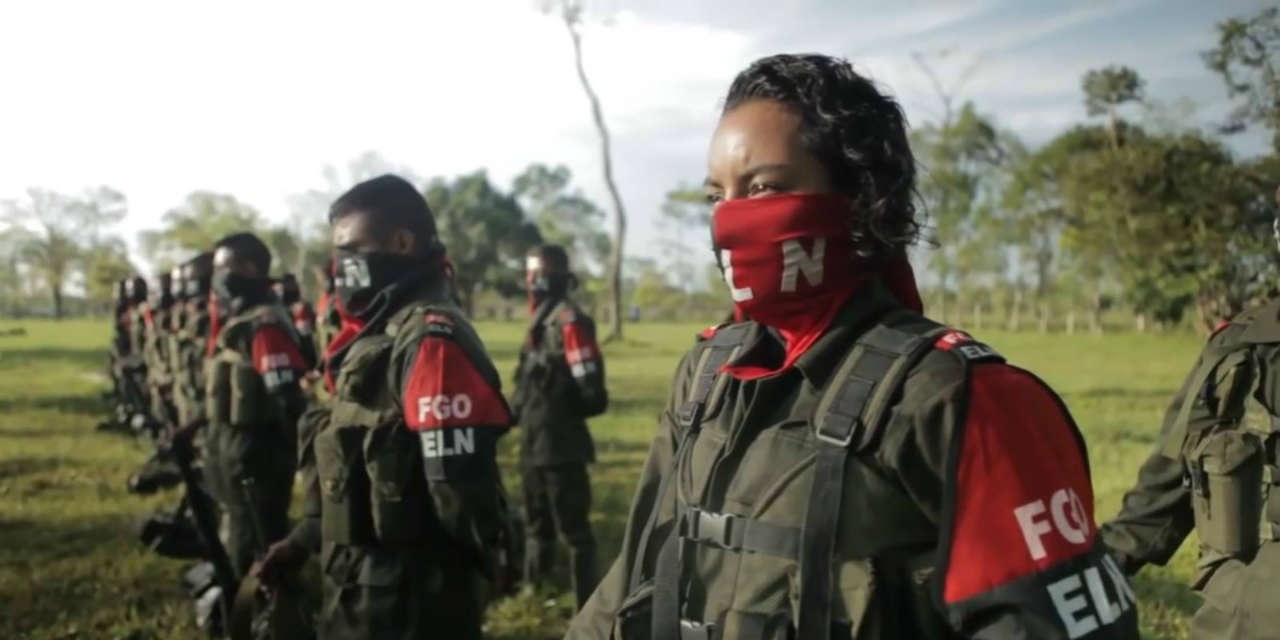 Such top-down political exclusion sparked resistance from the labour movement: not just from communists but also from socialists, social democrats, and progressive Catholics. It was in this context of social unrest that ELN was born.

One of ELN’s most famous revolutionaries was Camilo Torres — known popularly as the “guerilla priest” — who declared in 1964 that “if Jesus Christ was alive today, he too would be a guerilla fighter.”

Torres was an influential Catholic priest from a very wealthy and politically connected family in Colombia. He was killed in his first moments of combat, after trying to save the life of a wounded comrade, but other Catholic priests, also influenced by socially progressive interpretations of Christianity, followed in joining the ELN.

Still, Che Guevara remains the most celebrated socialist revolutionary inside the ELN.

Internally, the movement’s literature refers to an ethical norm named after the internationalist guerilla fighter — “the spirit for sacrifice” — an ideal which all ELN members are encouraged to live up to.

ELN’s manual on ethics, held by every political officer, insists that there is something as distinct as a “socialist morality” — one based on internationalism and leading by example.

Despite having some history with progressive versions of Catholicism — “liberation theology” — according to its literature carried by combatants, the ELN is broadly Marxist-Leninist and seeks to apply that doctrine creatively. 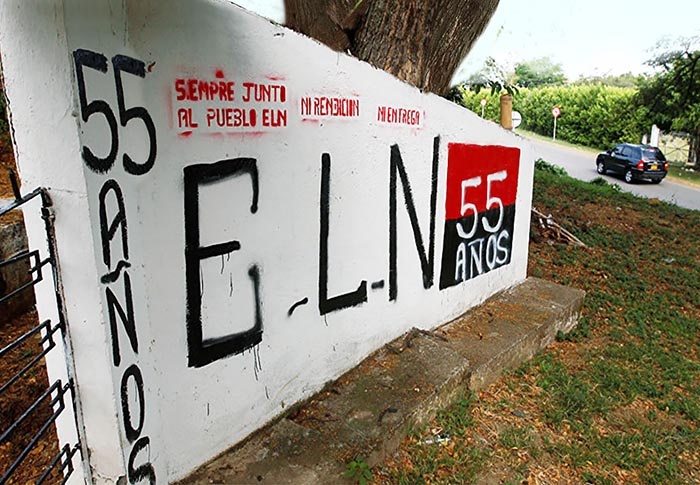 For this reason, ELN has an unusual political-military strategy in the history of Latin American guerilla movements. Based on the peculiarity of Colombia’s political and economic conditions, the ELN rejects sectarianism and views itself as but one part of a broader movement of social forces fighting for social justice.

Unlike other insurgent groups that have sought to take state power by defeating the armed forces in offensive operations, Colombia’s civil formations are indispensable to ELN’s strategy.

In contrast to the Farc, ELN has focused more on working with localised grassroots structures, such as trade unions, peasant associations and community movements.

ELN’s is a dynamic form of strategy that draws on various social bases of support, including armed units, to organise spaces of socialist resistance.

Underlying such an approach is the distinction that, unique for Latin American insurgent movements, ELN is a political federation, a union of partially self-governing political and/or military fronts — each of which can serve as the vanguard depending on the correlation of class forces in any given period.

Under such a logic of organising, ELN incorporates civilian structures, as well as armed units into its ranks.

ELN’s leadership is elected at a national congress every few years, although at least two guerilla commanders sit permanently on the “central command” — except for the National Congress, that is the ELN’s highest decision-making body.

Regarding the armed wing, ELN members commit to be guerillas, in general, temporarily. After spending around three years as armed combatants in the countryside and mountains and having become increasingly politicised through such armed struggle, combatants then leave these armed units — at which point they work for the ideas of socialism inside civilian communities. 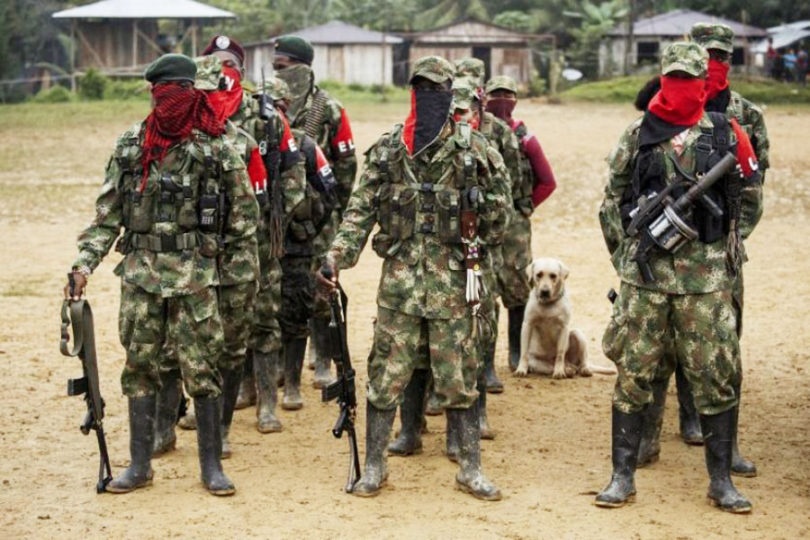 At the same time, however, these “civilian members” are then liable to be called back up to the armed units if the military conflict intensifies. Hence, there is an interdependence involving civilian and armed activity. Both fields of work seek to benefit from the other.

Traditionally, ELN has relied largely on extortion — referred to as “revolutionary taxes” — to fund its armed operations. This primarily involves a “taxation” on wealthy businesses, and where capitalists have refused to pay, their imprisonment for “tax evasion” — what is understood generally to be “kidnapping.”

Detainees are usually released after a ransom is paid — regarded as a “fine” for tax evasion by the ELN. This regular income supply permits ELN members to commit full-time to political struggle.

While ELN previously opposed the drug trade for decades on political grounds, it appears that in recent times the group’s leadership has authorised the taxation of coca growing (for the production of cocaine), in addition to other commodities, at least in the territories of some guerilla fronts. This will inevitably help ELN finance its political struggle.

Still, ELN is far from a wealthy movement. Weapons from the 1960s are occasionally being used, food for guerillas is scarce, and armed units typically depend on collecting military equipment from combat with the Colombian armed forces.

It is still considered the ultimate offence for a guerilla fighter to lose their weapon, even in the most precarious of circumstances. 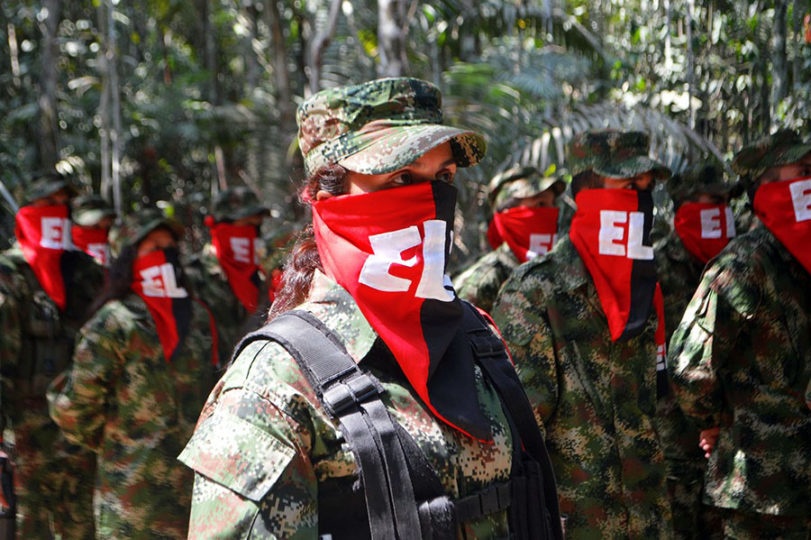 Since the introduction of “Plan Colombia” — a US-sponsored counter-insurgency initiative which upgraded and restructured Colombia’s armed forces, notably air-power, ELN has struggled from a military point of view.

The group’s interaction with civilians in towns and villages has been frustrated.

A medium-level commander in ELN admitted, because of advancements in the Colombian military’s air force capabilities, while a decade or so ago ELN guerilla fighters could spend weeks in the same camp, today they were compelled to move after a couple of days.

The Colombian government has made recruiting millions of civilian informants, each being paid every time they provide information on guerilla activity, a priority. It only takes a single willing individual to potentially give up the location of a guerilla camp using an anonymous phone call.

The military tries to recruit civilians from working-class and peasant backgrounds and transport them to ELN territories to report on rebel activity and their supporters. These types of tactics have frustrated ELN’s ability to organise openly.

Even so, ELN has expanded in recent years, taking over territory previously governed by Farc rebels.

They are also benefiting from the reality that the peace accord signed with Farc has not succeeded in decreasing the widespread killings of social activists, especially trade unionists.

With no shortage of peasants wanting to join the guerilla movement, combined with ELN’s connections to strategically chosen urban and rural communities, there is little chance of the Colombian state defeating ELN militarily.

Oliver Dodd is a PhD candidate and has spent five months of ethnographic research observing ELN units as part of his research on Colombia’s armed conflict. He can be followed on Twitter @OliverCDodd. 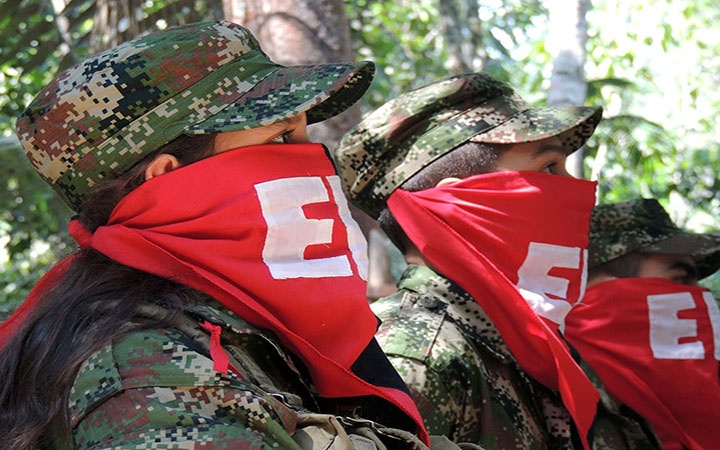