Why the Syrian Communist Youth are optimistic about the future

JACK TRUSTAM interviews KHALED BAKDASH, president of the university of Damascus student union and secretary of the international relations bureau of the Syrian Communist Youth Union

Jack Trustam: In Britain, many people’s understanding of the war in Syria is hazy at best, although many of us have good enough sense to distrust the mainstream media and its blatant misrepresentation of imperialist interventions. Could you give us a brief overview of the war in Syria?

Khaled Bakdash: Absolutely. Firstly, the attack on Syria was because of natural resources. Syria has the third biggest natural gas reserves and has resisted attempts to construct an oil and gas pipeline from the Persian Gulf, Qatar in particular, to Europe, which would damage Russia as the main European supplier. Nowadays Syria is the only Arab state that defies imperialist expansionism and was a pillar of support for resistance in Iraq, Lebanon and Palestine. Reactionary regimes like Saudi Arabia, Qatar and Jordan consider Syria’s example unforgivable. Syria’s war differs from Iraq and Afghanistan, which were very expensive and rather unsuccessful. Starting with the Obama administration, US wars took an indirect form like that of the “Arab Spring” in Libya, or the “Colour Revolutions” in eastern Europe, but modernised.

The war has had four stages overall.

2011 to 2012 consisted of demonstrations and media manipulation, especially regionally, by Al Jazeera and the BBC.
From 2012, terrorist attacks began with the kidnapping and murder of scientists and massacres in villages.
In 2013, foreign fighters began to enter Syria. At their peak these jihadists controlled 70 per cent to 80 per cent of Syrian territories excluding cities.

In 2014, direct imperialist intervention started under the pretence of fighting terrorism – somehow they managed to “fight” Isis without actually damaging it.
In 2015 the whole situation changed with Russian intervention at the Syrian government’s request.

The Russians got involved for a few reasons. They saw the potential economic damage that a pipeline through Syria from the Gulf would cause them, as well as the potential of Syrian gas. They wish to improve their regional influence, including their naval base in Syria, especially in the context of their loss of eastern European allies like Ukraine. They are also afraid of jihadists returning home to places like Chechnya with friends and experience gained in the Syrian war.

Today, in 2019, the government controls over 70 per cent of Syrian territories. However, the social and economic situation in the country is worsening, with the currency at a tenth of its former value, due to neoliberal policies. The Syrian Communist Party has been at the forefront of protesting over issues such as the flight of $180 billion of private capital from the country, which the government told us “must be respected.” 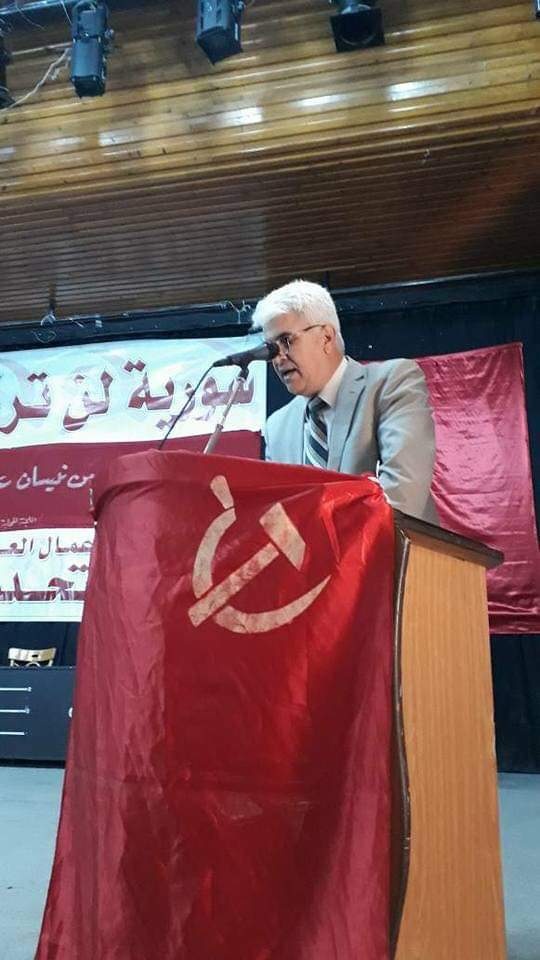 JT: Could you tell us more about the role of the Syrian Communist Party in these difficult circumstances?

KB: Since the 1950s, communists have participated in coalition governments with progressive parties, even before the Ba’ath Party came to power. Historically we have maintained the anti-imperialist line of the government while being critical. We have a minister, MPs and councils. When Aleppo was under siege and in north-eastern Syria encircled by Isis, our newspaper, our message, was the only one that was reaching people in those areas. We have held many demonstrations, including demonstrations against US marines where we burnt the American flag right in front of them. Of course, there have always been many Kurds in the Syrian Communist Party. One of our most historic leaders, whom the youth wing is named after, was Kurdish. 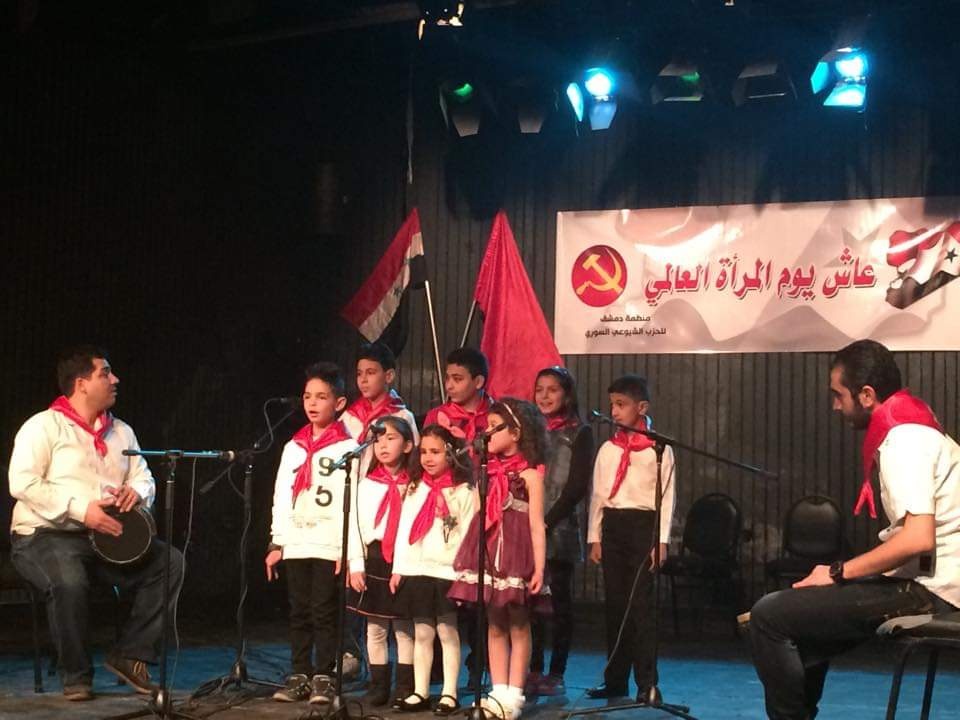 JT: Towards the beginning of the war in Syria, the media, and many people, talked about the “pro-democracy rebels” and the “Free Syrian Army” and supported them against the Assad government. What would you have to say to them?

I would simply ask them: where are the FSA now? They were eaten up by terrorist groups. The media made them appear bigger than they were. They were allied to jihadist organisations like the Al Nusra Front and Isis. In fact, they were very close to the former because there was not a single point of political difference between them.

JT: Arms manufacturing is one of Britain’s most significant industries. Arms companies and the British government are responsible for sending those bombs to war zones like Yemen and Syria. What would you say to the people who participate in this deadly trade?

KB: Of course, I don’t believe that workers in this industry are responsible. But I believe that people involved have the power to do something about it. The fact is that British-manufactured weapons are used in the deaths of many innocent people, women and children, in an unjust conflict.

JT: What are your thoughts about the role that Britain has played in Syria, especially since British special forces are reportedly on the ground in Syria, and the “White Helmets” were set up by a British mercenary?

KB: The British ruling class are some of the smartest and most cunning imperialists. They are second only to the United States. Historically, they have had a big role in the creation of the Muslim Brotherhood in Egypt and strong intelligence networks and special forces. I think that Parliament should investigate the presence of British soldiers in Syria. What are they doing and what is their agenda? Does it serve the interests of British people or the interests of the United States?

JT: Finally, are you positive about the future in Syria?

One of the challenges going forwards will be Turkey and Israel trying to get out of the war with something to show for it, territory or otherwise – but overall, I am very positive about our country and our people rebuilding and returning to their former strength. 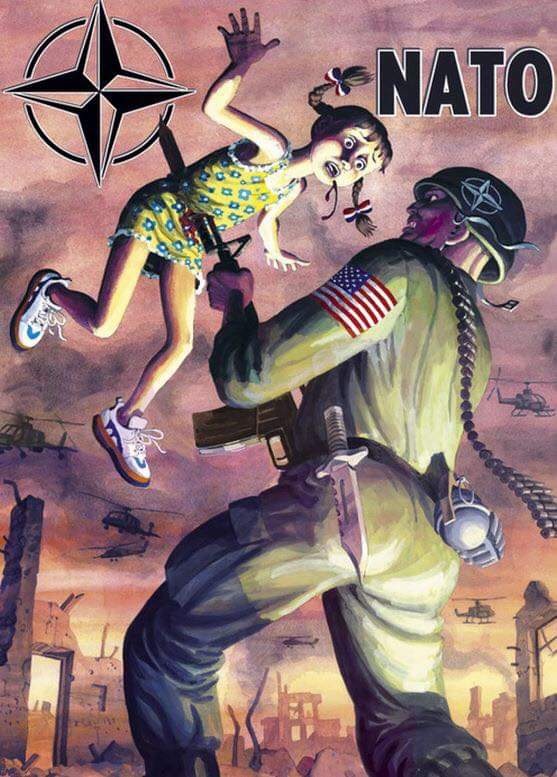