Will the US and China go to war over Taiwan?

JENNY CLEGG explains the history of the island that has seen it separated from China, but drawing closer until the mid-90s – and which is now being used as a pawn in the US cold war. Before disaster, both sides must draw back

SPECULATION about a full-scale US-China war over Taiwan reached new heights in early October. Western media headlines were full of the threat from China’s 150 fighter jets supposedly “invading” Taiwan’s airspace — but there was scarcely any mention of the 200 fighter jets mustered nearby on the decks of US aircraft carriers.

These were part of one of the largest naval exercises in the western Pacific in decades, with US forces joined by carrier strike groups from five other nations including Japan and Britain, with warships from the Netherlands, Canada and New Zealand.

China, we are constantly told, considers Taiwan a “renegade province” and is prepared to take it back by force. But history tells another story. 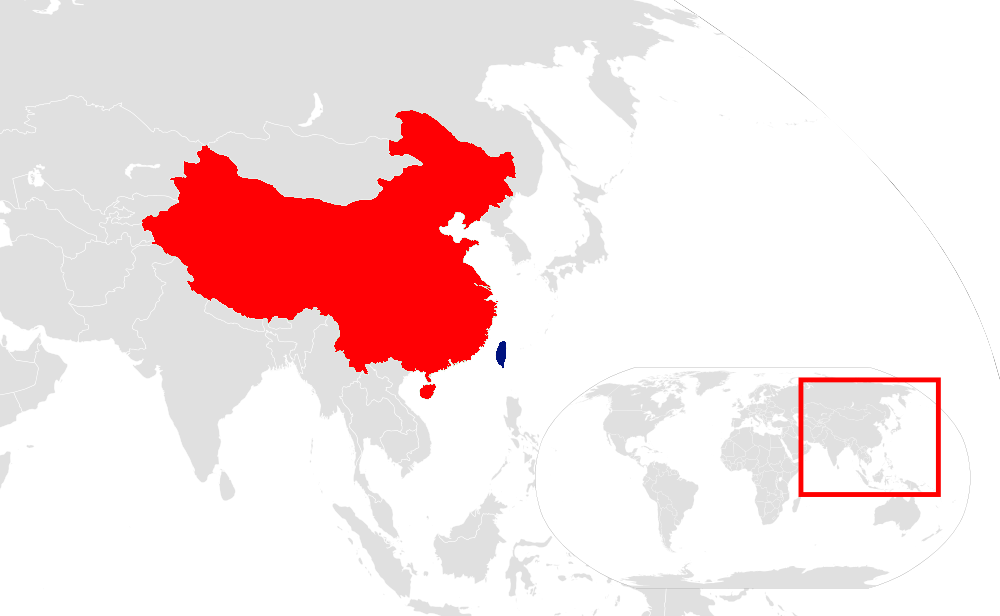 Then in 1949, fleeing Communist Party of China (CPC) forces on the mainland, KMT leader Chiang Kai-shek declared the Taiwanese city of Taipei the capital of China.

As Mao prepared to retake the island, US General Douglas MacArthur seized the opportunity of the outbreak of the Korean war in 1950 to send the 7th fleet up the Taiwan Straits, demonstrating US commitment to backing the KMT government.

Recognition by the US-dominated UN followed and in the 1955 and 1958 Taiwan crises, the US even threatened a nuclear attack to leave China in no doubt as to its intentions.

But a nation’s borders do not change when its government changes. In 1971, the UN, strengthened by African participation, placed Taiwan in principle under Chinese sovereignty, with the People’s Liberation Army having the legal right to exercise its powers over the territory.

Then, following the 1972 Nixon communique, the US officially recognised the CPC-ruled People’s Republic of China (PRC) as the sole legal government of China in 1979, confirming “there is one China and Taiwan and China are both part of it.”

This was soon to be contradicted, however, as Congress pledged to continue arms sales under the Taiwan Relations Act (TRA).

This set out a “strategic ambiguity” with the US, without explicitly committing to Taiwan’s defence, nevertheless providing it with the “means of defence.”

PRC policy has been to “strive for peaceful reunification” while maintaining the sovereign right under the UN to use force. This, China insists, is directed against external interference with China’s unification.

The TRA claims to serve as a deterrent against a Chinese military takeover while restraining Taiwan itself from declaring independence: in fact it is the contradictions between this domestic policy and UN law, as well as the US agreements with China, that set the frame of war.

Taiwan, population 23 million, shares the same history, language, writing system and culture as China. However, after 70 years of de facto separation, the Taiwanese people’s sense of identity is less and less Chinese.

A Taiwan independence movement took shape from the 1990s as the increasingly prosperous island — today with a per capita income three times that of China — developed its own characteristics of democratisation, social welfare and progressive policies, for example towards gay marriage.

China has approached reunification through gradual economic integration. In 1992, the KMT government acknowledged that there is only one China and both the mainland and Taiwan are part of that China.

Support for independence nevertheless grew, with little education about China and their shared history. Under President Tsai Ing-wen’s independence-leaning DPP, which won elections in 2016 and 2020, the 1992 consensus has been pushed aside.

For China, separation from Taiwan is a reminder of its century-long humiliation by colonial powers, a matter of an uncompleted civil war and unfinished revolution.

The island is furthermore a vital gateway to the Pacific. For the US, a heavily armed Taiwan, supplied with advanced weaponry, remains an essential link in its string of military bases from Japan to Indonesia that block China’s naval access to the oceans preventing it from playing a full role in the region to which it belongs.

Should the US lose its influence over the island and its semi-conductor industry, this would signal the end of US dominance of the Indo-Pacific.

Bit by bit, the US is strengthening relations with Taiwan and seeking new ways to bring it into the UN system. Earlier this year the then commander of the US Pacific forces warned the US Congress of a Chinese attack on Taiwan within six years raising alarms of more imminent war, greatly exaggerating China’s military capabilities.

Under US pressure, the region is starting to shift against China in ways unheard of during the first cold war — Japan now looks to link Taiwan’s security to its own and Australia under the new Aukus pact is extending its military reach into north-east Asia.

Boris Johnson meanwhile sent a warship to the straits, though not daring to commit the entire QE Strike Group to such provocation. On the whole, however, Asian powers are reluctant to get involved.

President Tsai is emboldened in her pursuit of an enhanced status while sections of Taiwanese youth, influenced by Hong Kong’s “democracy movement,” remain vehemently opposed to reunification.

Their desire to define their own identity may well draw sympathy — but beware: humanitarian interventionists have long put identity, democracy and human rights above the sovereign rights on which the UN international order is based.

Without historical context, identity is only ephemeral. Is an independent Taiwan a realistic goal? The island owes its separation from the mainland since 1950 to military backing from the US — under independence it would still be used as a US pawn.

And then consider the risks: given the proximity and overwhelming size of China, any conflict would rapidly escalate into an all-out — even nuclear — war to wipe out China’s capabilities at a stroke.

US-China brinkmanship is all the riskier in an overheated atmosphere where national identities are seen to be at stake, where democracy is righteously pitted against autocracy, making rational discussion difficult.

Both the US and China should stop sending military forces in close proximity to Taiwan. Still President Joe Biden persists in goading China to overplay its hand so as to drive the region to the US side — twice the president’s statements committing to Taiwan’s defence have had to be retracted.

Caught between a military-industrial complex seeking new opportunities for profiteering after the end of the Afghan war and the “China hawk” interventionists dominating the State Department, and with anti-China hostility providing bipartisan consensus, there is little for manoeuvre. His popularity fading, Biden fears being seen as soft on China.

China has no appetite for using force; it has other demanding developmental priorities — though these would change should Taiwan declare independence.

However its military responses to US provocations are alienating Taiwanese public opinion further. Cross-straits dialogue should resume within the broad frame of the 1992 consensus, but to create space for both Chinese and Taiwanese flexibility, the US must adjust its hostile attitude and clearly affirm the One China policy.

This means the US has to come to terms with China as a world power with its revolution completed. A Xi-Biden summit would be a positive, but nevertheless for the longer term China is preparing for the worst as the world faces, in Xi’s words, “great changes unseen for a century.”

Migrants blocked from benefits are four times more likely to be behind on bills, study finds

A past waiting to be resurrected

Students mobilise across Britain in solidarity with Palestine