The Greek election – Syriza goes down, but so do the nazis

Syriza has been punished for abandoning its insurgent politics to become another managerial centre-left party. KEVIN OVENDEN analyses what the result means for working people

In great news for the anti-fascist movement everywhere, the neonazis of Golden Dawn are out of parliament, losing all the seats they first won seven years ago
×

THE conservative right are back in government in Greece following Sunday’s general election.

But in great news for the anti-fascist movement everywhere, the neonazis of Golden Dawn are out of parliament, losing all the seats they first won seven years ago.

The centre-right New Democracy party took just under 40 per cent of the vote against nearly 32 per cent for Syriza, once the party of the radical left.

That gives New Democracy leader Kyriakos Mitsotakis 158 MPs in the 300-member parliament. That’s thanks to the undemocratic part of the electoral law that awards seats proportionately to all parties that get over 3 per cent but gives a bonus of 50 seats to the party that comes first.

Syriza, which came to office amid great hope on the left internationally in January 2015, had the opportunity then to change that law. But as in so many other areas, and not only on the central front of ending austerity, it failed to do so.

It is these cumulative failures that lie behind the return of the right, governing with its own majority — though not as great as it hoped — for the first time since 2009.

Liberal capitalist commentators greeted the result as a rejection of “populism” in its left variant: Syriza. The more obvious explanation is that the outgoing government has gone the way of all its predecessors in the last decade of 1930s-style crisis.

Every government and party that implemented the austerity memorandums (the bailout conditions imposed by the European Union, International Monetary Fund and European Central Bank) has been punished at the polls. Thus the national-chauvinist, but anti-memorandum party, Independent Greeks – who were part of a governing coalition with Syriza these last four-and-a-half years – have disappeared.

The turning point, as is widely known, came four years ago this week. Greek prime minister Alexis Tsipras took the stunning 61 per cent defiant No vote to the austerity memorandums in a referendum and in just six days turned it into a governmental Yes to capitulation to the EU and institutions – on even worse terms.

It was a shattering blow. It also gives the lie to the idea that what was defeated on Sunday was radical “left populism.” For in the summer of 2015 Syriza’s leadership abandoned any pretence of leading a radical left insurgency. It turned decisively to governing as a conventional centre-left party within the eye-watering constraints of austerity.

Finance minister Yanis Varoufakis, who tactically wanted to continue the confrontation with the EU, was sacked and the party’s left was purged. Varoufakis’s startup party MeRA25 made the 3 per cent threshold yesterday.

That was due to his reputation from four years ago, though programmatically his party is not offering much beyond calls to democratise the EU and to introduce a Green New Deal. How that can be done with the right in power in Greece and in the EU, and what failed in Syriza’s strategy (which Varoufakis says he authored) are not seriously explored. It remains to be seen how these nine MPs will relate to the social movements and struggles.

But it is welcome that Varoufakis’s party, associated with rejecting the capitulation, has entered parliament. So too is the success of the Communist Party (KKE) in keeping its vote and number of MPs in an election where the far left was squeezed on account of a change of government in the offing.

Despite the capitulation Syriza managed to hold on in government at a snap general election in September 2015 — though on a much reduced turnout.

There were two main reasons why Syriza was elected to an essentially unchanged parliament in 2015.

First, most working-class people were bitterly disappointed at the capitulation but were prepared to accept Tsipras’s argument — at least for a period. That was that he had fought hard, but there was no alternative to honourable defeat. He promised that within the demand that Greece produce a 3.5 per cent budget surplus in perpetuity to pay the bankers, his government would cushion the impact on the working class and poor.

Second, the memory of the right in power was still strong. It remained in a state of crisis and fragmentation, and many people did not want a return of “the vampires” of the right-wing Greek business class.

That feeling was still powerful among left voters on Sunday as we saw the ugly crowd of its core middle class supporters gathering outside New Democracy’s headquarters.

But the ameliorative measures the second Tsipras government took were negligible and outweighed by the imposition of worse austerity. When Greece returned to modest growth, government ministers boasted of being able to pay the IMF early. Unemployment remains at 18 per cent, and 40 per cent among young people.

The decimation of health and social services has not been reversed. Many saw in the exit from the formal bailout mechanism last year only good news for the bosses and no sign of the big budget surpluses being used to make good any of the social damage of the crisis years.

The forest fire last July that killed 103 people at a resort near Athens exposed the murderous impact of fire and civil defence cuts plus official disregard for ordinary people’s lives.

In other words, a Syriza administration was a conventional government “just like all the others.” This is also going to hit the Mitsotakis administration. It promises tax cuts, but dependent upon getting growth up to unfeasible levels and a budget surplus of 4 per cent. 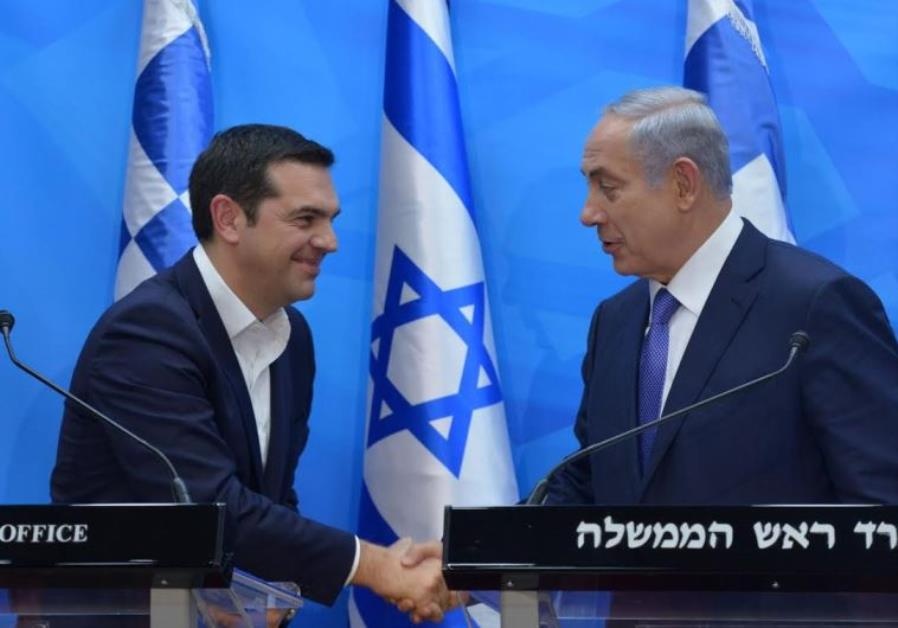 It’s not only on the economic front that Syriza demoralised supporters and frittered away class antagonism against the Tory right.

In 2016 a second capitulation signalled moral collapse and destroyed the faith of left wing people. Tsipras not only signed up to the vicious anti-refugee deal between the EU and Turkey, he embraced it. Reopening refugee camps and deporting people to Turkey were apparently “good for Greece.”

It was a stab through the heart for anti-racists and progressives, and it authenticated the neonazis of Golden Dawn and all the racist right.

It is to the enormous credit of the anti-fascist movement in Greece that Golden Dawn has been thrown back.

In the shifting constellation of far-right parties in Europe, it had the distinction of being an actual nazi party — with paramilitary stormtroopers — that was able to combine street-fighting terror and electoral advance. In most countries there is still a divide between the violent neonazi scene and “eurofascist” or far-right formations with a largely electoral orientation (for now).

Golden Dawn remains a threat with 166,000 votes, its “battalion squads” and physical attacks.

But decisively throwing back a nazi model for the far right, which a few years ago was a beacon for the more “militant” alt-right cadres on both sides of the Atlantic, is a gain for the international left.

The trial of 68 Golden Dawn leaders and activists for various felonies and for running a criminal organisation continues, with verdicts due in the autumn. So do the activities of the KEERFA coalition and anti-fascist and anti-racist initiatives as a whole.

This front of battle will be important under the New Democracy government. Far from being a “liberal reformist leader” as touted in flattering profiles in the international business press, Mitsotakis has pledged a hard law and order clampdown and further anti-migrant, racist measures.

He made a cynical lurch to the national-chauvinist right in the recent dispute over the name the Greek state would allow its northern neighbour — Macedonia — to adopt.

That was one factor in Mitsotakis being able to re-cohere the right wing vote around New Democracy (though a new nationalist party, Greek Solutions, managed to get over 3 per cent also).

So, total anti-racist, internationalist and anti-imperialist clarity on the left in this new phase is one lesson from this bitter experience. And Syriza failed spectacularly on all three.

Its closeness to the Trump administration and to Netanyau in Israel and to General Sissi in Egypt stands out as the most damning indictment.

Another lesson is the necessity of returning to the grand strategic questions. Syriza pursued a left governmental strategy that refused to follow through a conflict with Greek and European capitalism to the point of rupturing with business and state power in Greece, and with its backup forces in the EU.

That was signalled well before 2015. Syriza activists were heavily involved in the huge social struggles against austerity. But from 2012 onwards an increasingly conventional leadership saw those battles as at best a means to advertise a vote for Syriza and at worst as an irksome distraction from “proper politics,” which amounted to traditional electoralism.

Social struggles did continue under Syriza. But a vaunted claim to have a “double strategy” of left policy in government buttressed by popular mobilisation collapsed.

That was because mass mobilisation — such as the referendum campaign four years ago — posed imminently, not at a future point to be laid down by strategists, a rupture with the normal methods of government and a severing of Greek capital’s umbilical cord to the EU and euro currency.

These issues will return in the struggles we must anticipate under another Mitsotakis government (his father was also a prime minister) that does not, however, signal a restoration of the pre-crisis stability of the Greek political system.

In the coming months there is the chance to knock out from the political equation for the foreseeable future the immensely dangerous neo-nazi option.

There is also space for activists of the radical left to engage in common struggles with Syriza voters and supporters, now in opposition; and to discuss fraternally but frankly what went wrong — and how to do better this time.