“THESE are the times that try men’s souls,” Thomas Paine wrote in December 1776 during the war of independence with the British, when the American colonists’ morale was at a low ebb. 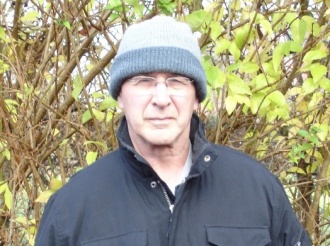 His call for a renewal of the radical spirit is one many would recognise today and an event to celebrate Paine’s birthday takes place on the 27th of this month at the Working Class Movement Library (WCML) in Salford.

Organised jointly by the library and the Mary Quaile Club, speakers include a triumvirate of radicals — playwright Trevor Griffiths, historian Michael Herbert and bookseller Mandy Vere.
Ruth and Eddie Frow, who established the library, were enthusiasts for Paine’s work and promoted his role as a key activist and propagandist in late 18th century radical politics.

Over the years, at a time when Paine was largely forgotten, they created an archive in the WCML of his books, pamphlets and other ephemera. The Mary Quaile Club was set up to increase awareness of the life of Manchester Irish trade unionist Mary Quaile (1886-1958) and, like the Frows, it seeks to promote radical history and engage new people in progressive politics.

Born in Norfolk, Paine (1737-1809) is a key figure in our radical history as a writer, philosopher and activist. His writings drove people towards radicalism and revolution while, at the same time, he himself was driven out of England by a government that feared the power of his ideas.

He demanded that ordinary people should be treated as citizens but also believed that they should be activists in creating their own history. Paine took part in two revolutions in France and America, nurturing and nudging them towards creating fairer societies.

Over the last 30 years, there has been a revival of interest in Paine and his life. In 1989, actor Jack Shepherd wrote his influential play In Lambeth, in which the revolutionary Paine meets visionary William Blake, while, in 2009, Griffiths produced These Are the Times, a play about the life of Paine.

Griffiths, one of Britain’s most influential radical playwrights, is from a Manchester/Irish/Welsh background and he's been writing plays, TV series and films for nearly half a century.

His work includes Occupations, All Good Men, Through the Night, Comedians, Reds — directed by Warren Beatty — Food for Ravens and the 1976 series Bill Brand (1976), in which Shepherd starred as a left-wing Labour MP.

Asking the big and disturbing questions, his work has consistently challenged the British political system — one of the reasons why little of his work appears on TV or radio today. As Griffiths himself says, “If you are looking for an education, you are not going to get it from television.”

In his play about Paine, he reflects on the nature of society and the way in which revolutionaries have been written out of our history. In his research Griffiths had to wade through the anti-Paine propaganda. “There are over 100 books which revile Paine,” Griffiths says.”Books that are inaccurate and have a bias which reduces the man to a feckless person.”

Griffiths’s play reveals the complex, highly intellectual character that was Paine. “The man was extraordinary, involved with every wave of history, and is a life that needs to be recorded. He knew and spoke to what was needed to create an equal society.”

These Are the Times challenges the reactionary ideology propounding what it means to be American, the latest incarnation being Donald Trump. Griffiths’s play attacks this narrative, giving space to a more nuanced and radical American history.

He gives a voice to the radicals, to black people and Iroquois Indians and to women and, in the process, reveals that politicians are not quite the great heroes of the American independence movement. His play is important today in reviving the radical tradition of America and gives Paine a rightful place in that history.

Paine, like Griffiths, calls out for a kinder and more inclusive society. Common Sense, The Rights of Man and The Age of Reason, speaking a plain language to a community that spanned England, France and America, were the most-read political tracts of the 18th century.

His reach was immense.“His books sold more than the Bible and Paine never received any royalties,” Griffiths says.

His play is also extraordinary in capturing not just Paine’s life but the political complexities of his age. He lived to the age of 72, a very long life for men in the 18th century, and was largely forgotten by the country he helped create.

In the play, it is not difficult to draw comparisons with Griffiths and the way in which radical voices have been swept aside in present-day Britain, particularly those that seek representation in the mainstream broadcast media.

Paine’s last words in the play reflect Griffith’s own political philosophy. “It is a revolution in the state of civilisation that is now needed. Already the conviction that representation is the true system of government is spreading itself fast in the world.

“But there must grow, and soon, a system of civilisation out of that system of government, so organised that not a man or woman born in the republic but shall inherit some means of beginning the world and see before them the certainty of escaping the miseries that up to now have always accompanied old age.

”An army of principle will penetrate where an army of soldiers can not. It will march on the horizon of the world and it will conquer.”

Paine’s birthday celebration takes place at WCML on January 27. Tickets must be applied for in advance from maryquaileclub@gmail.com