Photography Iconic images from founding father of US social photography

BORN in 1874 in a small Wisconsin town, Lewis W Hine was forced to become the family’s breadwinner when his father died. After a series of poorly paid jobs, he attended night classes to educate himself and was able to obtain a degree in pedagogy before going on to study sociology. 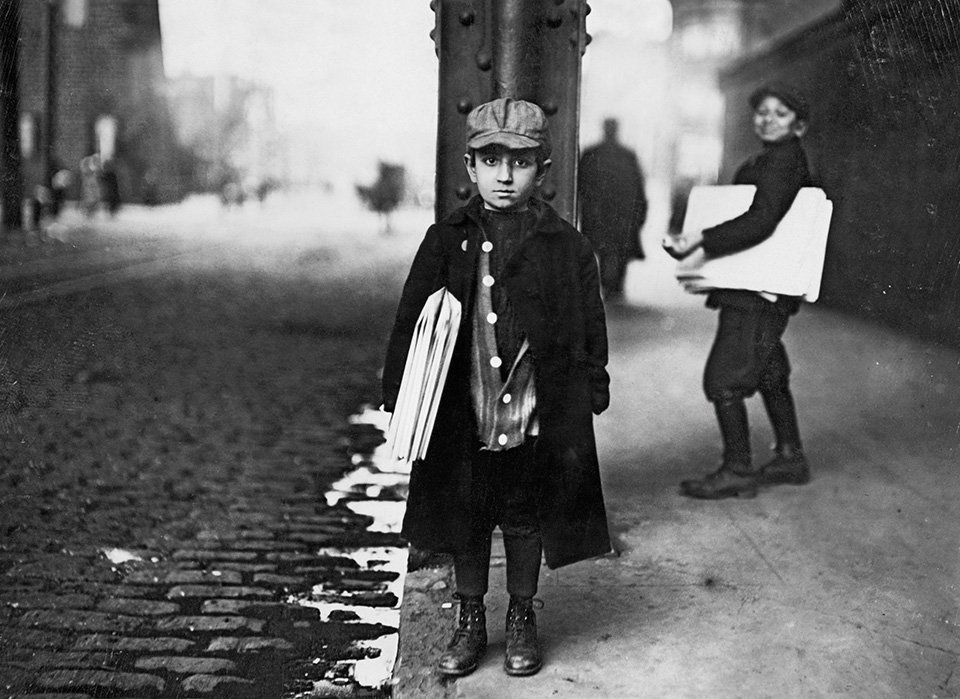 At a school for deprived children, he came into contact with the practical and technical aspects of photography and,  encouraged to document its activities, began what became a lifelong commitment and passion for revealing the social and working conditions of the labouring classes in the US. 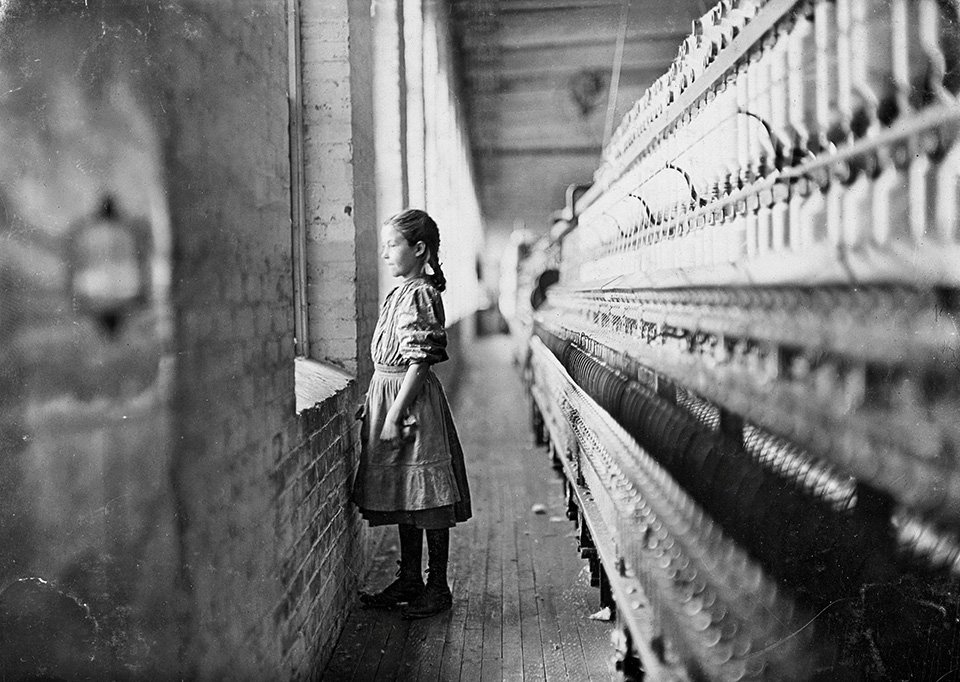 His images of child labour in the cotton mills, mines, strawberry fields and tobacco and beef farms during the first decades of the 20th century are reminiscent of descriptions given so vividly by Friedrich Engels of Britain’s industrial revolution during the preceding century. 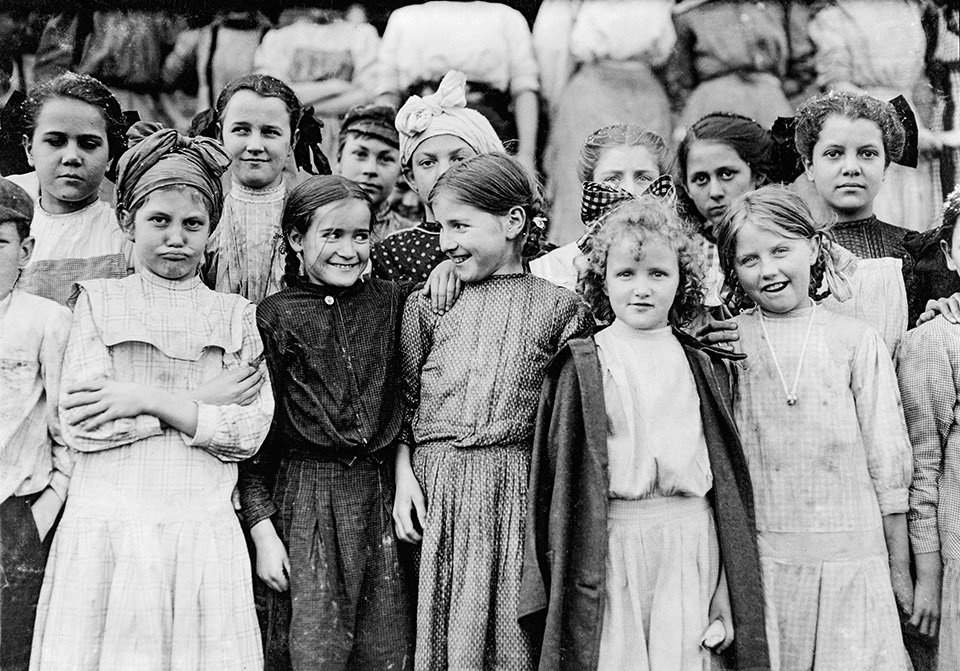 Through slide shows and exhibitions, he made his work widely available and, with his child labour photos, became a forerunner of social documentary photography, bringing social problems to the attention of the US public. The National Child Labour Committee used Hine’s persuasive imagery for its propaganda purposes. 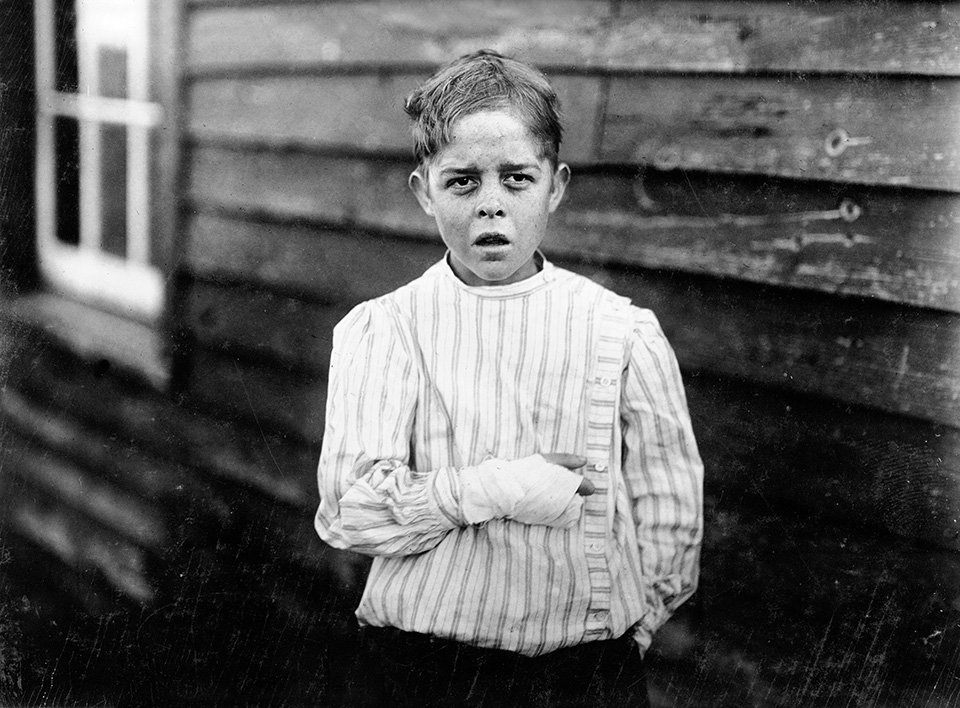 Child labour at the turn of the century was widespread — in 1910, over a million children either didn’t go to school at all or only irregularly because they had to work. Hine, as a teacher, had a rapport with the children and used what they told him in the captions to his photos. Only in 1938 would a Fair Labour Standards Act come into force, banning child labour. 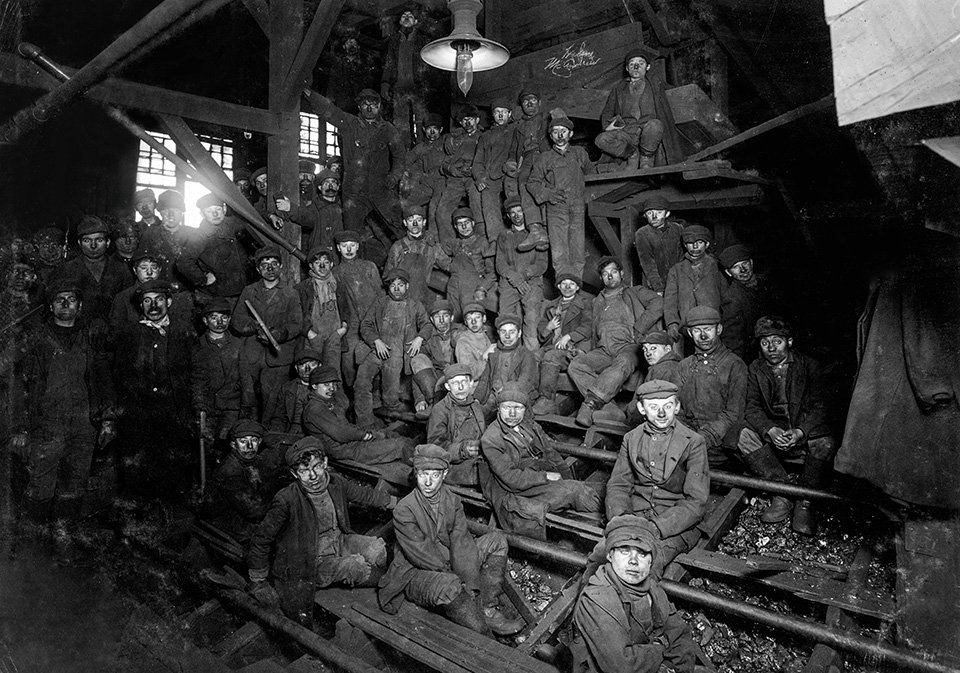 Hine also took a whole series of photos on Ellis Island, documenting the tribulations of immigrants seeking asylum in the US and he travelled thousands of miles documenting the country’s labouring classes, depicting them in all their vulnerability and dignity. 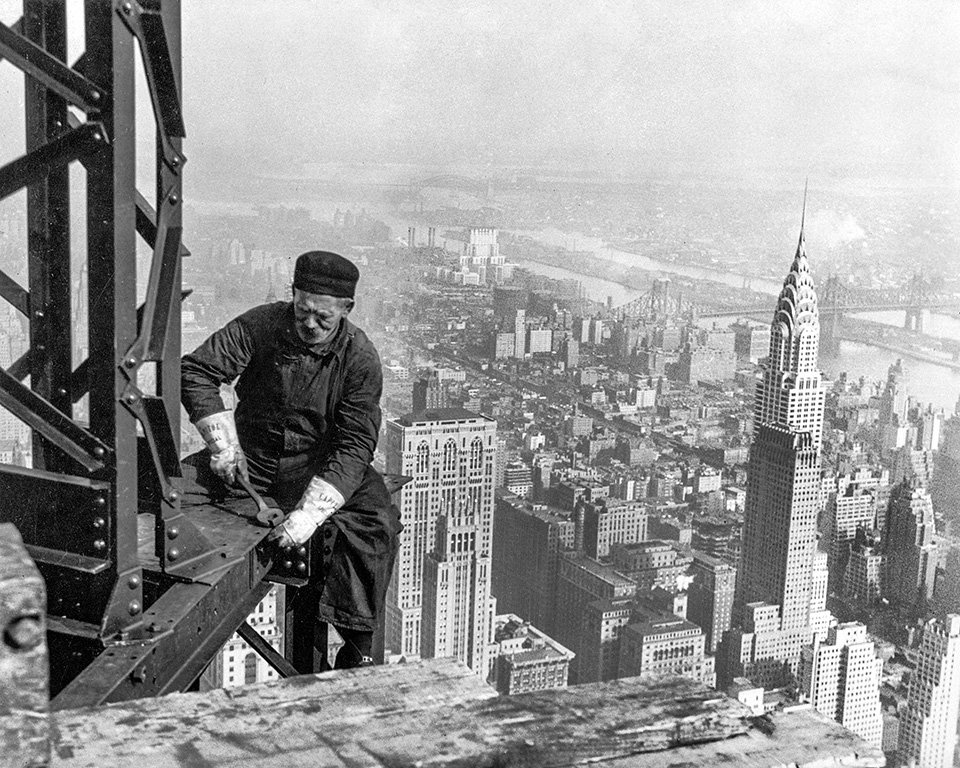 There's no self-conscious artiness about these images. His photos, all in black and white, are almost all portraits because at the time photographing people in motion was hardly possible without the highly sensitive film stock that became available much later. 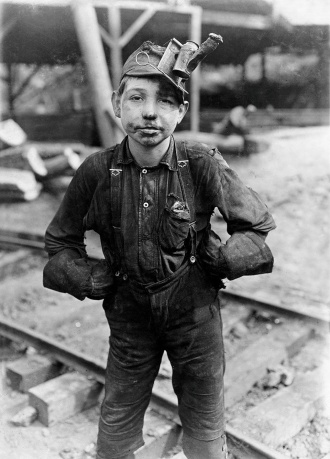 Hine clearly identifies with the children and the men and women whose labour made the US the world’s leading industrialised nation. It is in the faces that we see the hardship, poverty, shame and abuse.

But, despite the fact that Hine sees and documents the relationship between industrial production and human misery, he appears to show little curiosity about the economic forces behind this exploitation and remains seemingly apolitical, as if he fears losing his observer status.

Hine went on to cover the first world war for the Red Cross and was the official photographer during the building of the Empire State building, bequeathing awe-inspiring images of those heroic men who risked their lives to erect the symbolic New York skyscraper. 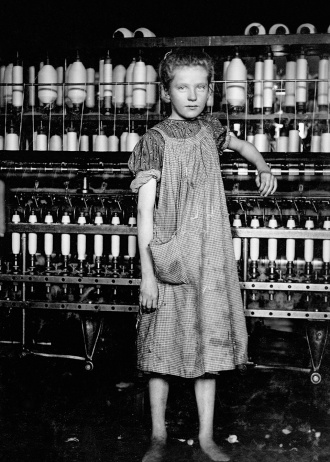 He went on to work for Roosevelt’s Works Progress Administration but commissions declined from the 1930s and he died in poverty in 1940.

He had set up his own photo lab in New York and advertised as a “social photographer,” but his work at the time was hardly recognised as art and he found it increasingly difficult towards the end of his life obtaining commissions.

But his work was rediscovered in 1977 and it is now considered to be invaluable not only as a historical document but as great art.