RESONANCE and Revolt is a vibrant and exciting anthology of short stories that's hard to classify genre-wise. Best described as a dizzy odyssey through famous and not so famous periods of revolt and insurrection, it draws upon an encyclopaedic array of revolutionaries, some fictional, some non-fictional and some probably somewhere in between. 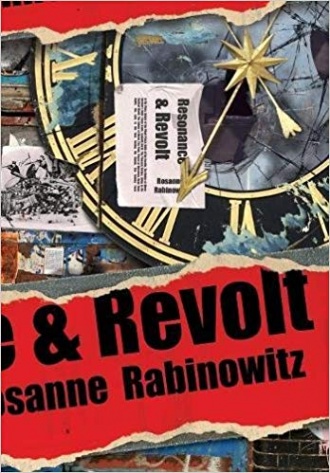 Detailed research on the part of its author Rosanne Rabinowitz ensures that many of the stories are imbued with a deep sense of history. The text is littered with arresting images culled from the gritty countercultures of the millenarian movements of the Middle Ages right through to the anarcho-punks and squatters of contemporary Brixton.

Rabinowitz eschews clumsy agitprop-style didactics and doesn’t offer easy answers. Given to open-ended responses, her interest is largely driven by wonder at people's continued ability to love, think and rebel against capital, often in the most difficult and unlikely circumstances, and her key characters are far too human to become one-dimensional caricatures.

Lots of the radicals dip in and out of struggle, get drunk, fall into relationships and are often wracked with self-doubt, jaded librarian Richard in Pieces of Ourselves being a prime illustration.

Another strength is that Rabinowitz brings to her writing a deeply rooted sense of place and many of the passages are informed and affectionate celebrations of her now-native London. As a beguiling work on the capital's psychogeography, Lambeth North is hard to beat.

Often a quiet, gentle and comedic perspective ensures that not all the contributions are full of frenzied street fighting. The magical realism of Tasting the Clouds is kick-started by a chance tasting of Zapatista coffee and an all too familiar conversation about the merits or otherwise of ethical shopping.

Likewise, The Lady in the Yard and Among the Pines are thoughtful explorations of young women growing up in the mainstream US during the era of the Vietnam war.

On occasion, the revolts are a backdrop, however pressing, to more tempered and reflective meditations on love, identity and the sheer joys and sorrows of being alive. The Pleasure Garden, based as it is as on a fleeting glimpse of an ex-partner through the window of a train, is charged with eroticism and reminiscence

Take a cue from the writer and settle down to enjoy with a good cup of coffee or maybe even a whisky.

One to look out for.