FILM director Ken Loach is calling on the Labour Party not to give in to pressure from the right and “betray Palestinians” in a futile bid to appease Jeremy Corbyn’s enemies.

Speaking exclusively to the Morning Star, the legendary director of Kes, Cathy Come Home and I, Daniel Blake warned that adopting a set of examples attached to the International Holocaust Remembrance Alliance (IHRA) definition of anti-semitism would not satisfy critics whose real goal was to smother the party’s socialist revival. 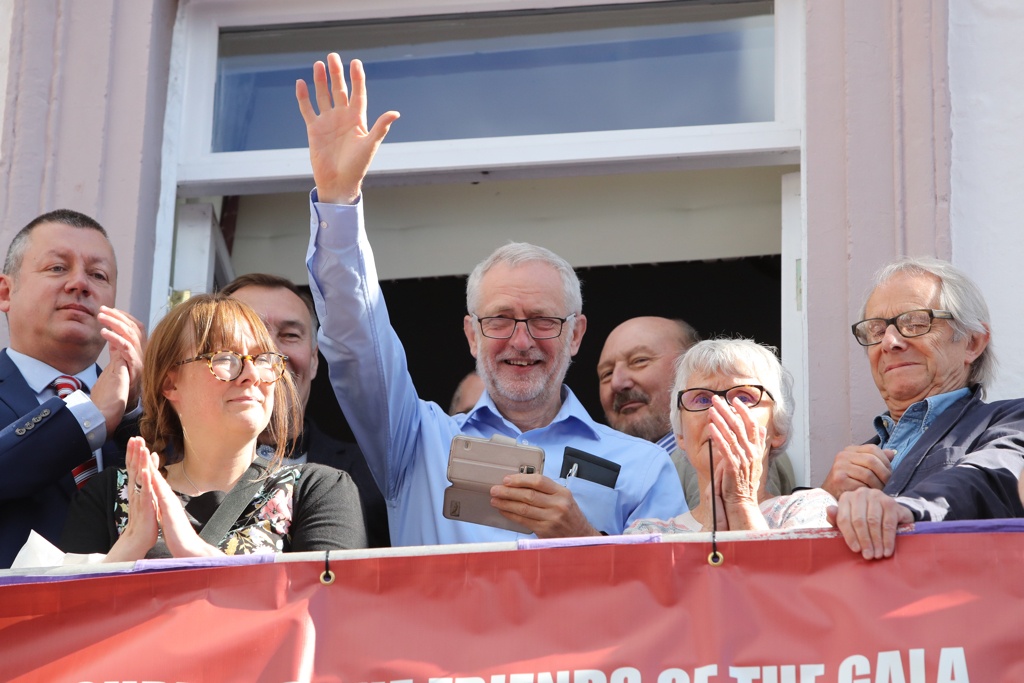 “The IHRA definition is a mechanism, not an end,” he said. “It will enable further attacks on the left.”

A statement by online members’ group Grassroots for Jeremy, which has called on the party to stick by its current Code of Conduct on anti-semitism, argued that “a strategy of apologies and appeasement does not work” in the face of an onslaught designed to destroy Corbyn, not come to an agreement with him.

Labour has adopted the IHRA definition, but has attached additional guidance to accompanying examples which could restrict criticism of Israel’s racist treatment of its Arab citizens and colonisation of occupied Palestine.

At the weekend members of Israel’s Knesset from the Joint List, a coalition of mostly Israeli Arab parties which includes the Communist Party of Israel, publicly announced their solidarity with Mr Corbyn and saluted “a principled leftist leader” who is “opposed to all forms of racism.”

But a summer of concerted attacks on the Labour leader by hostile MPs, led by Margaret Hodge who denounced him as a “fucking racist and anti-semite,” has seen the party under pressure to adopt all the examples in full — and the national executive committee (NEC) is due to discuss the matter tomorrow.

Mr Loach said such an outcome would be disastrous. “If the ‘examples’ are passed we shall betray the Palestinians.”

He denounced media bias worse than “anything we’ve seen since the miners’ strike” and noted that the Morning Star had been the only daily to defend Mr Corbyn, describing silence amid the attacks from many of the leader’s allies as “shameful.”

The veteran socialist addresses an open letter to his friend Simon Hattenstone in the Morning Star, calling on him to “stand with” Mr Corbyn in these “critical times” following an article in The Guardian in which Mr Hattenstone attacked the Labour leader.

“Jeremy Corbyn’s Labour Party, if we ensure it is not only in government but in power, will start to make changes that challenge the established order,” Mr Loach writes. “That is why he is under attack.”

“The mask slipped completely” at the weekend when Ms Hodge “told the Jewish Labour Movement that even if Labour adopted the IHRA examples it would not be enough. This is really not about anti-semitism.

“Last month Hodge compared a mild rebuke following a complaint about her behaviour to her father’s experience in nazi Germany,” he pointed out.

“Anyone who trivialises Jewish suffering during the Holocaust does not take real anti-semitism seriously.

“She seems determined to undermine the possibility of a Corbyn-led Labour government.”

Jewish Voice for Labour, Labour Against the Witch Hunt and Camden Momentum will be gathering outside the Labour Party HQ at Southside, 105 Victoria Street, London SWE1 6QT at 11am tomorrow to call on the leadership to stand with Palestine and heed statements from Palestinian organisations opposed to the adoption of the IHRA examples.

Boris Johnson admits that the boundaries on lobbying is unclear