SALLY JACKSON of feminist campaign group FiLiA tells the Star about emerging reports of violence, sexual assault and rape of lesbian women at the Kakuma refugee camp in Kenya — and how she hopes readers will help take action to defend them

Injured women at the Kakuma camp in Kenya
×

BRITISH feminists are calling on the UN’s High Commission for Refugees to take action on alleged violence against lesbian women at one of its camps in Kenya.

British-based FiLiA, a women’s rights charity, says it has received harrowing reports of poor treatment, lack of food, sexual assault and rape from a number of lesbians in the Kakuma camp in the Turkana region of north-west Kenya.

The women are not the only ones who say they have been subjected to harassment, abuse and violence.

The problems are said to stem from lesbian, gay, bisexual and transgender refugees being placed in a specific block which marks them out for their sexual orientation or transgender status and makes them a target as a result.

The residents of “Block 13” say they live in fear every day, not knowing who will be attacked next.

Even basic daily activities — such as shopping, showering and gathering water — have become dangerous because of the risk of further assault. 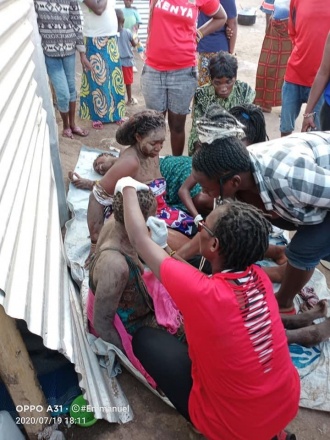 FiLiA trustee Sally Jackson says: “We became aware of what was happening at Kakuma from one of our supporters who volunteers as a counsellor to the refugees in Block 13 and feel strongly that the world needs to hear what is happening to these women.

“We interviewed as many women as we could, to amplify their voices through our FiLiA podcasts, but we’re also calling on people to speak up on their behalf and ask UNHCR to get the residents of Block 13 to safety.”

The women, who are refugees fleeing lesbophobic persecution in their home country of Uganda, report being attacked and beaten and say their attempts to make UNHCR aware of the situation in Kakuma are ignored.

“We tried to call the UNHCR helpline number and they tell us to wait, to be patient, you cry to them and they hang up,” a 28-year-old Ugandan refugee named Eva, who has a three-year-old son with her in the camp, told FiLiA in an interview for the organisation’s podcast.

The women believe that local police are under the control of UNHCR and if the agency is ignoring them, the police will not help either.

There are also claims that UNHCR staff told the women to “change and just stop being a lesbian” and said things such as: “Why don’t you change and start having feelings for men?”

Another lesbian refugee — who doesn't want to be named for fear of the consequences — said: “I’m running from something to safety and you find you are not safe. Where you ran from or here — it’s the same situation.”

Jackson says: “What’s happening to these women — and their gay and transgender neighbours in the camp — is horrific and heartbreaking. 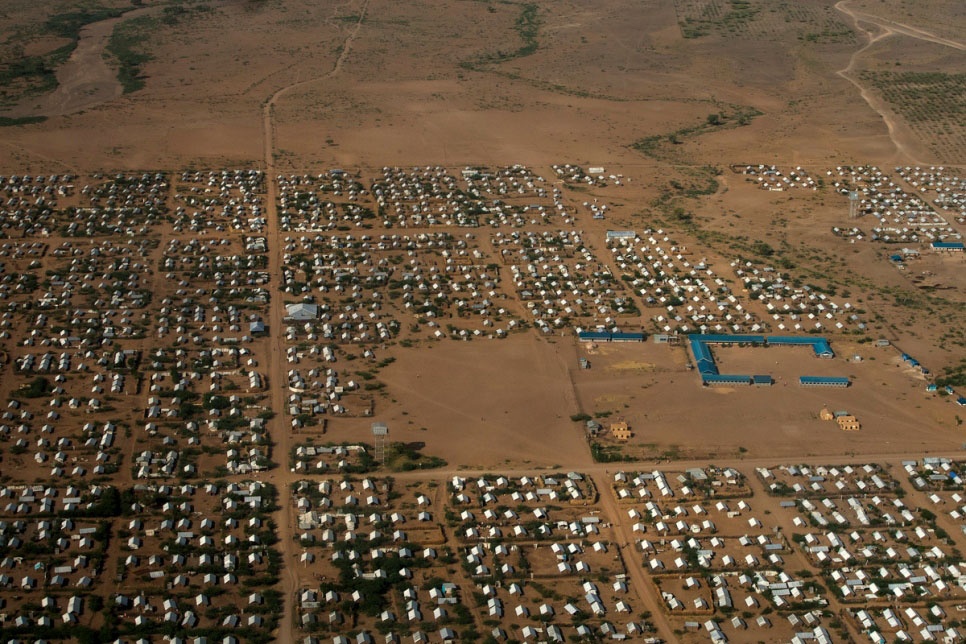 The Kakuma camp viewed from the air

“Shockingly the authorities that should be protecting them, health, police and the UNHCR, are turning their backs on them when they are in their greatest need.

“It’s also astounding given that UNHCR sets high standards for its camps — and views camps as a last resort for refugees who can’t be resettled elsewhere.”

On its website, UNHCR says that camps must be sanitary and well organised, and specifically mentions the need for water points and latrines to be well-lit and close to homes so that “girls and women, especially, will not be exposed to danger.”

“Kakuma is a very far cry from that experience for these women who are refugees because of their sexual orientation,” says Jackson.

FiLiA is urging its supporters — and everyone else who cares about human rights — to write to UNHCR and to sign an urgent petition asking for the resettlement of residents of Block 13.

Jackson adds: “It’s clear that homophobia is culturally acceptable within the camp and attacks effectively decriminalised.

“The lesbians we spoke to just want to live their lives in safety and with dignity. The only option now is for the residents of Block 13 to be expedited to a place of safety outside of Kakuma camp.

“UNHCR must be called to account and the refugees evacuated.”

You can listen to the podcast FiLiA website: filia.org.uk/podcasts/2020/8/12/filia-campaign-support-lesbians-in-kakuma-refugee-camp-we-need-your-help

The site also gives links to enable you to make a donation directly to the refugees (for food and medicine) sign a petition and a template email to send direct to the UNHCR.

Britain gathered intelligence for US in order to undermine the Cuban revolution, documents reveal