Book Review A look back without anger

I Ran with the Gang: My Life in and Out of the Bay City Rollers
by Alan Longmuir
(Luath Press, £14.99)

AS founder and longest serving member of the Bay City Rollers from 1965 until he first left in 1976, the guitarist Alan Longmuir was party to many of the ins and outs of one of pop music’s most unusual band careers, from the early days of slogging around Scottish working men’s clubs to the mad later years when the response to their music was so frenzied it even put Beatlemania in the shade. 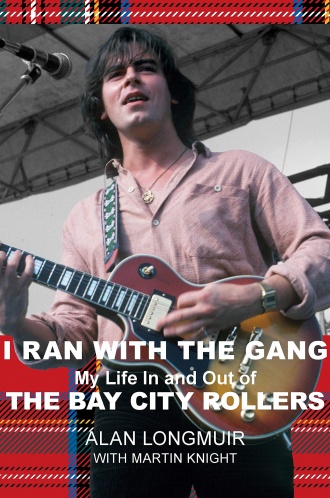 The job of getting down Longmuir’s recollections had just been completed when he died unexpectedly, aged 70, in the summer of 2018, and therefore his words, co-written with Martin Knight, have had to be brought out posthumously.

We have to be grateful that both parties were able to make such good progress before Longmuir passed away, for together they have produced a highly entertaining autobiography, shot through with fascinating stories and interspersed with great humour.

Forget whether you ever actually liked the Bay City Rollers — or indeed whether you have even heard their songs. This is well worth the read for its insight and its humanity, as well as for its stimulating take on a musical period of the 1970s that has often been denigrated beyond all reason.

Longmuir argues that the Rollers, like a number of other pop outfits of the era, were victims of unwarranted snobbishness. This came not just from the music press, which wrongly insinuated that the band members could barely play their instruments, but even from within the Rollers camp, where industry executives and their controlling manager, Tam Paton, refused for years to let them use their own compositions as singles or on albums.

All this Longmuir muses upon with a characteristic lack of bitterness or recrimination, and with a cheery matter-of-factness that reflects well on a man who clearly maintained a down to earth, pragmatic attitude to the end.

His memories also contain the inevitable music industry tales of unpaid royalties and large-scale larceny — to such an extent that Longmuir ended up homeless for a while after his departure from the band. But at no point does he lose sight of the fact that he had some great times with the Rollers, nor does he depart from his love of the solid, working class Edinburgh roots that formed the bedrock of his existence before and after his adventures with the group.

Almost impossible to put down, this is a highly refreshing music business memoir, devoid of dirt-dishing, upbeat in the face of negativity, and inspiring in its positivity.

Monday 01st Jun 2020
Minnesota cops 'trained by Israeli forces in restraint techniques'
Monday 01st Jun 2020
Tom Watson has peerage blocked
Friday 29th May 2020
As Minneapolis burns, what can the Thatcher years teach us about combating Trump and Johnson?
Friday 29th May 2020
Forget the courts — I'm not leaving my eco-home
Thursday 28th May 2020
Schools are not safe to reopen on Monday, scientists warn as government refuses to backtrack
Join the 501 Club