RESIDENTS at a block of flats in Manchester are facing bills of tens of thousands of pounds to replace cladding, the Morning Star understands.

Leaseholder Lucy Ireland, 28, says she is living in fear about the fire safety of her housing block after authorities told her it was unsafe. 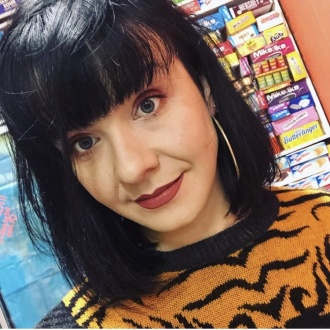 Concerns over cladding emerged across the country in the wake of the Grenfell Tower disaster, in which 72 people died.

At least two blocks of flats in Manchester have already landed their leaseholders with £10,000 bills to replace cladding, after a tribunal ruled that the freeholder was not liable.

Now another site in Manchester, owned by property management firm UrbanBubble, is passing the costs on to its residents at a nine-storey location.

Ms Ireland believes her bill could be up to £25,000, which she cannot afford to pay. She runs a small sweet shop and struggles to pay herself the minimum wage.

She is now launching a campaign to challenge the cladding costs.

After opening a twitter account, @LucyMIreland, to publicise her concerns, she “received wonderful advice and support from other [housing] campaigners.”

She told the Star that her next move is to arrange a residents meeting. “I’m reaching out to everybody and trying to arrange a meeting with other campaigners who can explain the gravity of the situation.”

“I am particularly worried about people’s mental and emotional health at this time of year with all of the other pressures.

“It’s a terrifying prospect for someone like me, a local business owner who sometimes doesn't make minimum wage to have to raise that kind of money. I can’t – and I dread to think how that will impact people who have dependants.”

Ms Ireland believes that if the residents campaign together then they will be able to resist the cladding charges.

Housing Minister James Brokenshire MP has said that building owners and developers must replace the most dangerous types of cladding and that “the costs must not be passed on to leaseholders.”

“My message is clear,” Mr Brokenshire said, “private building owners must pay for this work now or they should expect to pay more later.”

UrbanBubble was not available to comment. In its latest set of annual accounts, the company said its priorities included “be amazing” and “delight your customer.”