After the attack we could only suspect that it was MBGA, who were earlier that day goose-stepping their way from Facebook’s London office to BBC Broadcasting House in protest against the social media giant’s temporary banning of US right-wing conspiracy nutjob Alex Jones.

Thankfully one of their number had the absolute genius idea to film themselves planning and carrying out their anti-social and borderline criminal antics.

In the video, which MBGA wisely deleted on Sunday morning but not before Facebook group Red London got hold of it, we see the cameraman enter the shop with around 12 others and begin chanting: “Trump, Trump, Trump.”

After verbally abusing and threatening the sole member of staff, who bravely stood up to them, and ripping up Stand Up to Racism placards, the cameraman proceeds to pick up books at random and derive paedophiliac meaning from their titles.

“Posh Boys,” the phone-wielding plonker exclaims picking up Robert Verkaik’s savage indictment of the public school system. “What the fuck is that about? Boys?” he shouts at the shop assistant, failing to read the blurb on the back cover.

MBGA appears to be the brainchild of Luke Nash-Jones, a Trump-loving, Thatcherite, self-obsessed loser. The MBGA campaign website seems to be as much about promoting Nash-Jones’s unsightly mug as it is about ludicrous far-right conspiracy theories.

MBGA says its purpose is to “oppose the collapse of the British culture and nation” and to “resist the cultural terrorism of postmodernism …” which it believes was “envisioned by [Marxist philosophers Antonio] Gramsci, [Gyorgy] Lukacs, and [Herbert] Marcuse.”

“Fervent national pride,” “very low migration” — presumably immigration into Britain rather than the movement of people or animals in general — “strong national defences and border enforcement,”  “Christian family values,” “limited government” and  “economic nationalism” are some of the things MBGA believes in.

Why did this ragtag bunch of madcap fascists single out Bookmarks rather than, say, a Waterstones, a WH Smith, a Foyles, a The Works or any other purveyor of books?

Well, this is where things get weird.

MBGA is not only obsessed with keeping Britain British, it also makes frequent reference to the Frankfurt School and “cultural Marxism.”

There is no unified explanation of what cultural Marxism actually is, but alt-right YouTubers, Breitbart cranks like Raheem Kassam and Milo Yiannopoulos and even right-wing public pseudo-intellectuals like Jordan Peterson enjoy bandying the term around.

Adherents of the “theory” tend to believe that cultural Marxists are gender and/or identity-obsessed intellectuals and society elites intent on the destruction of Western (white) civilisation and paving the way for the communists/Jews/Muslims/bankers/paedophiles/lizards/the bogeyman to take control.

They believe cultural Marxists, whoever they are, seek to weaken the West from the inside by infecting it with feminism, multiculturalism, environmentalism, globalism, socialism, anarchism, and any other “ism” that doesn’t rationalise or idolise Western capitalism or imperialism.

For some reason many of them blame this on a group of Marxist German and Jewish academics primarily based in Frankfurt who fled nazi Germany in the 1930s, resettled in the United States and were largely responsible for the critical theory school of thought.

In a nutshell, critical theory is the study of the relationship between ideology and mass culture (TV, radio, news, art etc).

One of the reasons why the working class in advanced capitalist countries didn’t rise up in revolt, critical theory postulates, is because mass culture imbued the masses with a false consciousness that prevented them from seeing their own oppression.

Critical theorists hoped that, by making people aware of this, then society would begin to change for the better.

Quite how the ideas of this small group of intellectuals managed to infiltrate the upper echelons of the government, academia, the legal system, the media, and cultural industries is never fully explained.

This is why one of the MBGA goons in the video thought it was funny to ask if Bookmarks had any books on Gramsci. Not because a socialist bookshop obviously would have books on the Italian Marxist but because these conspiracy theorists believe he was an evil genius plotting the eventual overthrow of Western society by turning everyone feminist, LGBT, environmentalist, Islamist etc.

The left was horrified this weekend to see this fascist mob attack such a beloved bookshop in broad daylight in central London. And quite rightly.

With US President Donald Trump’s former racist-in-chief Steve Bannon holding secret meetings with Boris Johnson, with Theresa May’s “hostile environment” policies depriving migrants of their human rights and deporting black British citizens overseas, with Tommy Robinson put back on the streets and with a rabidly anti-Corbyn press engaging in constant smears, the present looks ever more like some bizarro-repeat of the 1930s.

Fascism is back. And though the MBGA idiots probably have no idea of the significance of what they’ve done, their attack sets a dangerous precedent.

Ben Cowles is web editor for the Morning Star. You can help him expose weirdo fascists on Twitter via @Cowlesz. 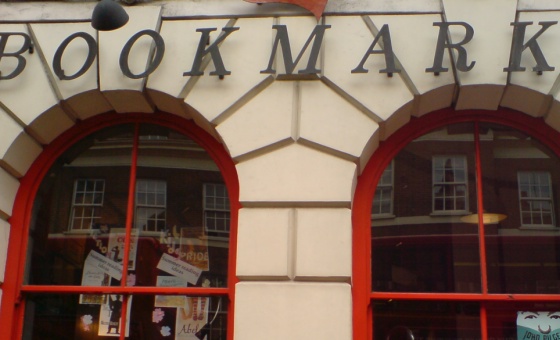