Thousands hit the streets to fight back against the far-right

ANTI-RACIST protesters took to the streets in central London over the weekend to display unity against the rise of the far-right.

Organisers called Saturday’s rally the largest anti-racist demonstration in decades and claimed that around 30,000 protesters from across the country came together. 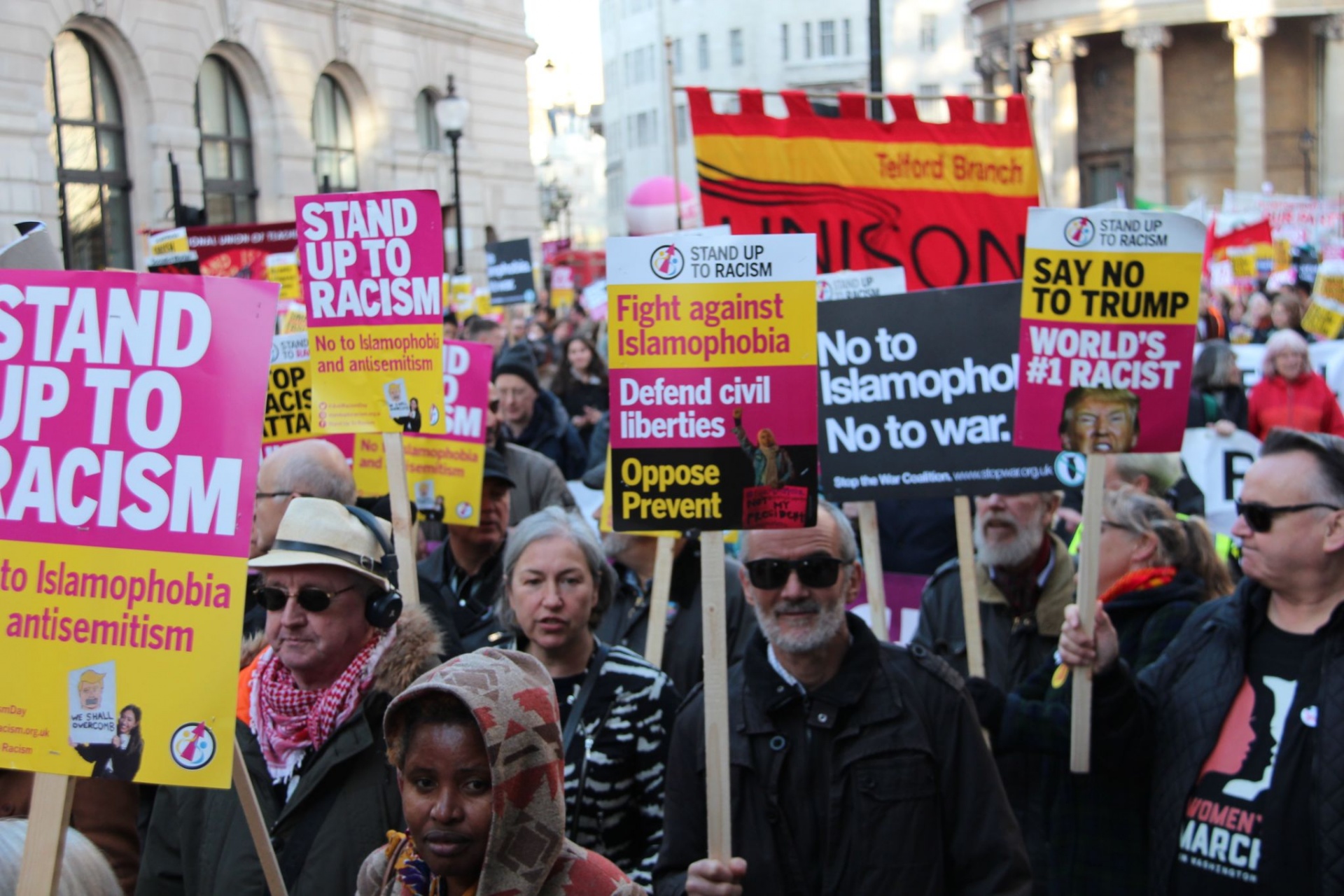 Demonstrators met at BBC HQ and marched to Downing Street where they were met by a small rabble of rightwingers waving Israel flags and pro-Trump placards.

One thug yelled out: “Fuck migrants” during the speeches while others booed, but they quickly left the rally defeated. 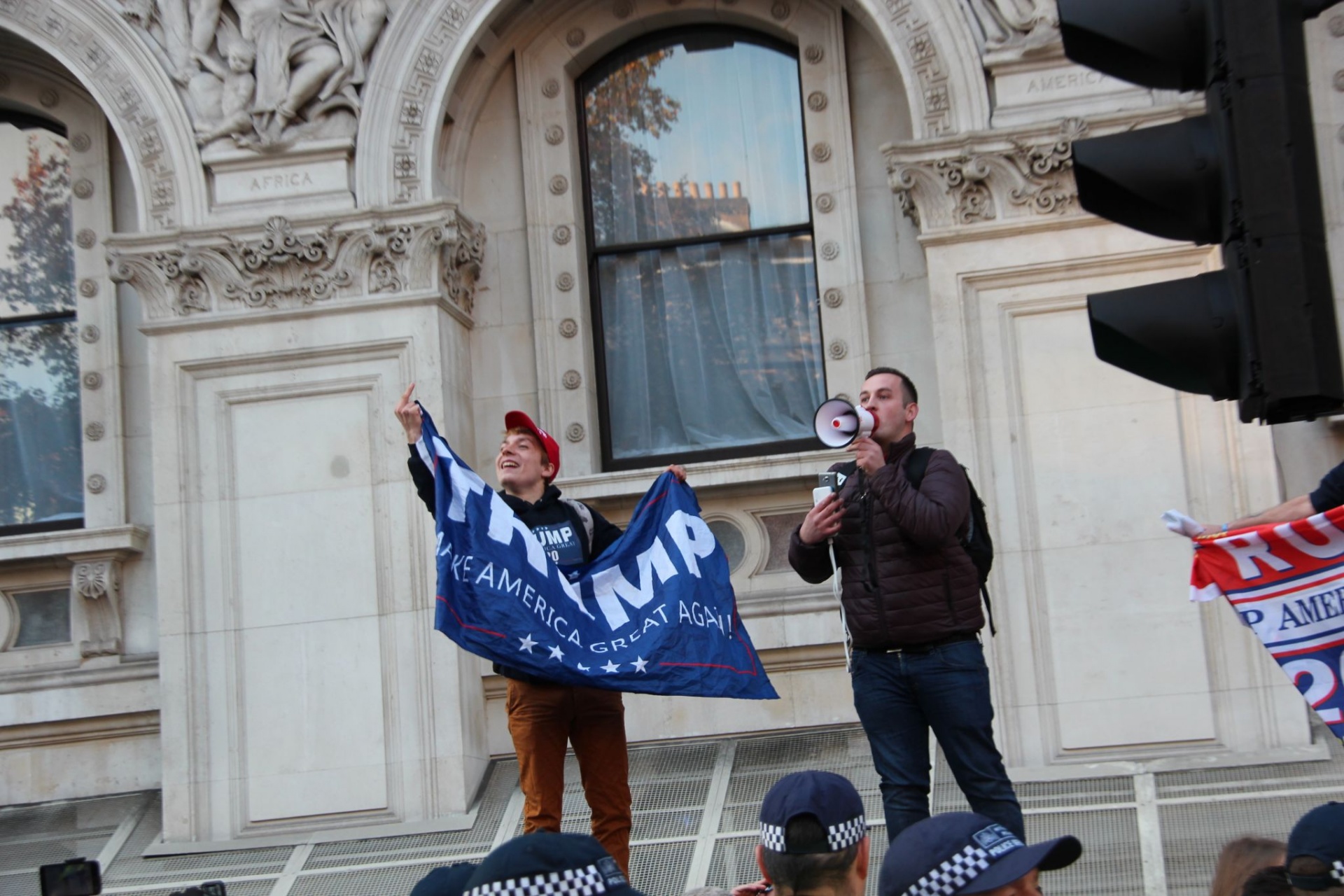 Addressing the crowd, Trades Union Congress president Mark Serwotka said: “Refugees and migrants from across the world must be made to feel they are welcome in this country.

“The way that the racists try to peddle their filth is exploiting a country where austerity leaves many people without houses, without jobs with a terrible benefit system and they are in despair. 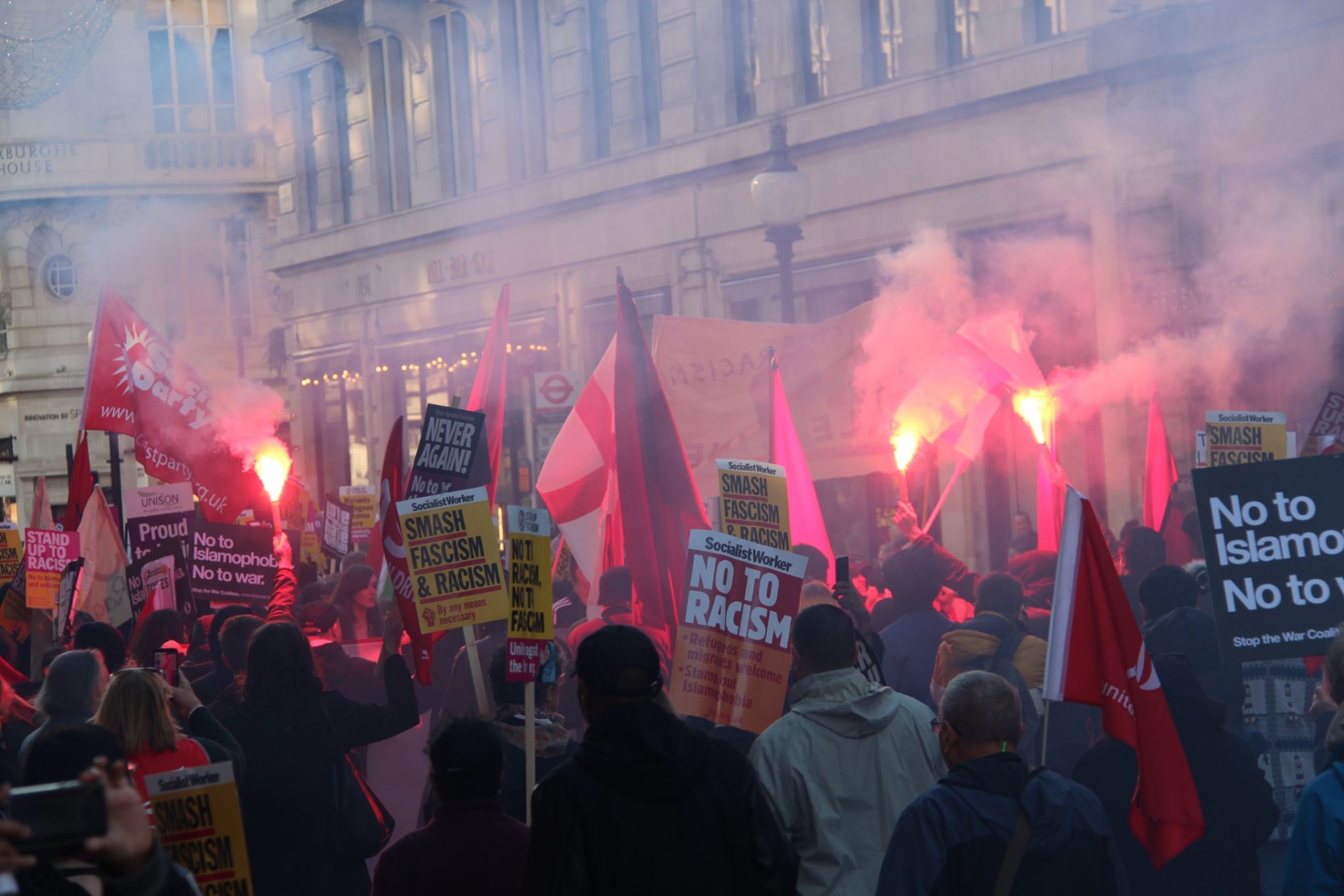 “So in fighting against racism and fascism we got to defeat austerity and we have to fight for jobs for homes, for free education and a fair an equal society.

“We will drive them off our streets. The labour and trade union movement in the UK welcomes everyone to this country apart from the fascists and racists.” 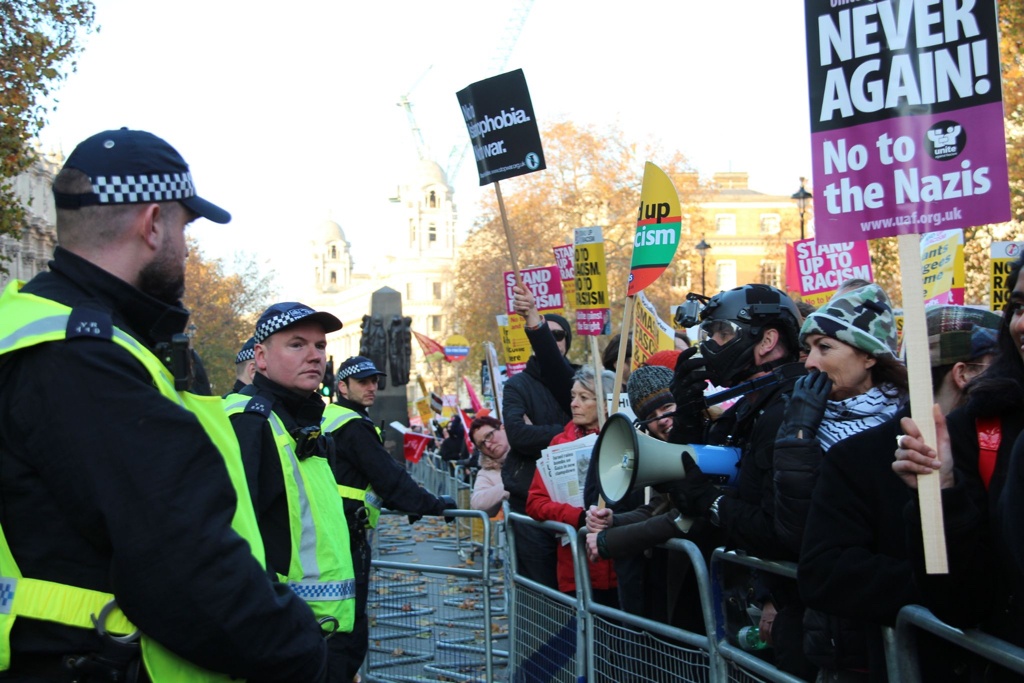 Labour’s shadow home secretary Diane Abbott was unable to attend the protest but sent a message of solidarity.

She said: “Migrants to Britain contribute to our economy, culture and public services. Let’s not stop until the Tory Party policies, which vilify them, is defeated. 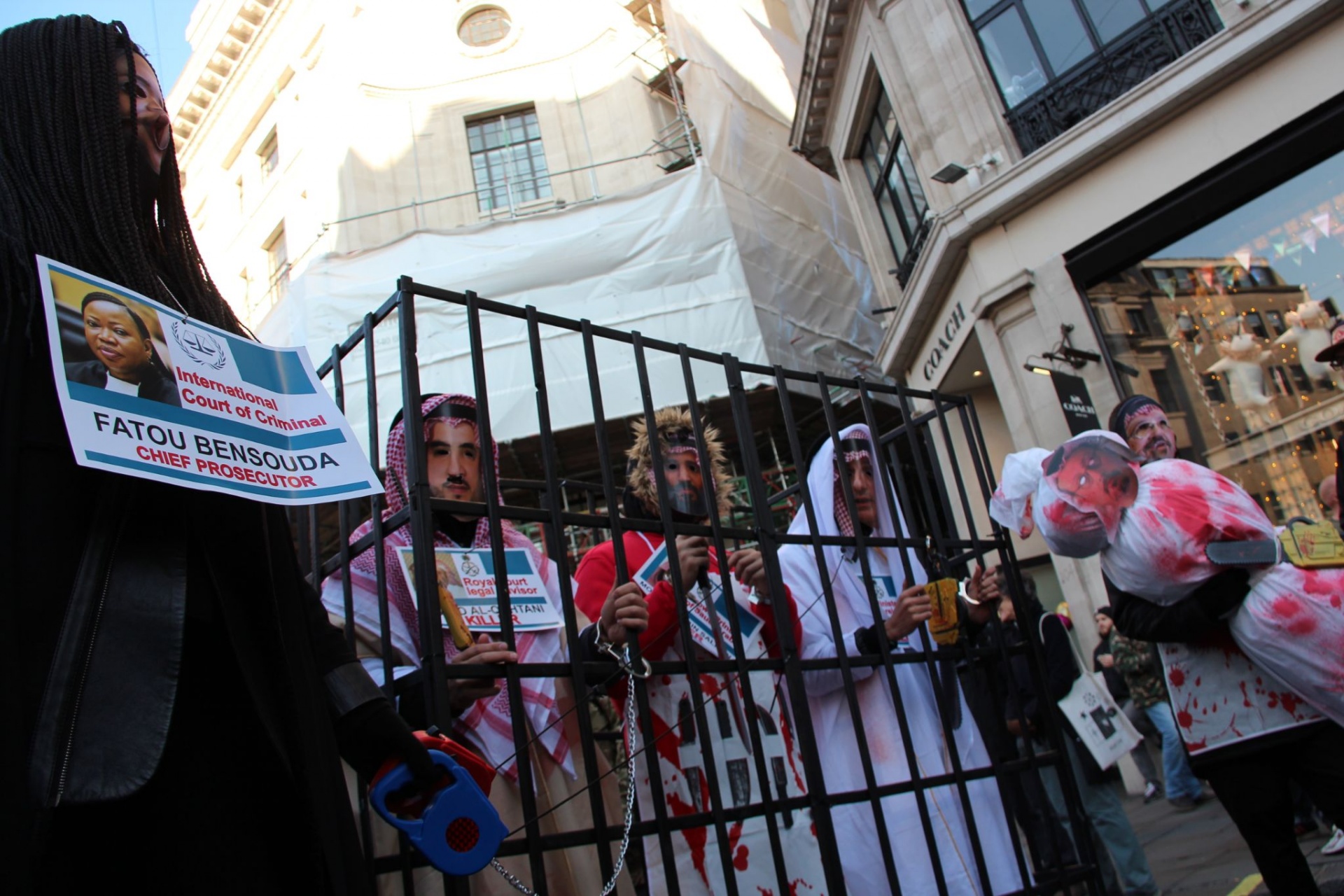 “The far right is on the march in ways that we have thought were condemned to the dustbin of history. Hate crimes are rising, mosques, synagogues and other places of worship are being targeted by hateful murderous attacks.

“As Theresa May’s Cabinet crumbles under its inability to negotiate Brexit, the hard right of the Tory Party is rising. Don’t let the Tories blame those who did not create this crisis of their own making.”

He said: “You do not represent the working people of this country. You do not stand for my working class, which has always rejected and fought this sort of racist filth that you spout.”

National Education Union joint general secretary Kevin Courtney urged teachers to be involved in the anti-racism movement because they see how racism affects the lives of schoolchildren.

Tuesday 05th Jul 2022
Communist Party of Ukraine banned and all its assets seized by the state
Monday 27th Jun 2022
German journalist faces three years prison over reporting from eastern Ukraine
Monday 04th Jul 2022
The world has lost of a man of ‘peace, justice and love,’ family, friends and well-wishers hear at Bruce Kent's funeral
Monday 04th Jul 2022
‘Today it is the RMT who need the support of other unions’
Tuesday 05th Jul 2022
Mexican president calls for Statue of Liberty to be torn down if Assange sentenced in US
Join the 501 Club