Russian interference in Western politics? What about Israel, Saudi Arabia and UAE?

Whatever the Russians may have done barely counts compared with what these states do openly and brazenly, explains IAN SINCLAIR

WITH almost the entire Western media in a constant state of mass hysteria about Russian interference in Western political systems, it’s worth considering some pertinent information largely missing from the debate.

First, it is likely the scale and effectiveness of Russian interventions has been greatly exaggerated.

“The simplistic narrative that basically imagines that a bunch of subliterate-in-English trolls posting mostly static and sort of absurd advertising could have influenced American public opinion to such an extent that it fundamentally changed American politics is ridiculous on the face of it,” argued Masha Gessen, a US-Russian journalist and outspoken critic of Vladimir Putin, when asked about Russian interference in the 2016 US presidential election by National Public Radio.

“I feel a lot of pressure … from interviewers and from people to kind of blow up the threat,” said New Yorker’s Adrian Chen, one of the first to write about Russian internet trolls, agreeing with Gessen.

“People want to talk about how scary this is, how sophisticated it is. There's not a lot of room for, you know, just kind of dampening down the issue.”

Turning to the Brexit vote, research by the Oxford Internet Institute looked at 22.6 million tweets sent between March and July 2016, finding just 416 tweets from the Russian Internet Research Agency, the organisation the US Senate says is involved in interfering in Western elections.

A second report from the University of Edinburgh discovered 419 accounts operated by the agency attempting to influence UK politics. However, the study’s lead researcher told the Guardian these 419 accounts tweeted about Brexit a total of just 3,468 times, mostly after the referendum had taken place.

Second, when asked about US claims of Russian meddling in the 2016 US presidential race, US academic Noam Chomsky replied: “My guess is that most of the world is just collapsing in laughter.” Why? Because, when it comes to undermining democratic systems, Russia is an absolute beginner compared to the United States.

Here is the New York Times in February 2018: “Loch K Johnson, the dean of American intelligence scholars, who began his career in the 1970s investigating the CIA as a staff member of the Senate’s Church Committee, says Russia’s 2016 operation was simply the cyber-age version of standard United States practice for decades.”

According to a database compiled by political scientist Don Levin from Carnegie Mellon University, the US attempted to influence elections in other countries 81 times between 1946 and 2000. In contrast, he found the Soviet Union/Russia had attempted to sway 36 elections in the same period. Reporting on the database in December 2016, the Los Angeles Times notes the US figure “doesn’t include military coups and regime change efforts following the election of candidates the US didn’t like, notably those in Iran, Guatemala and Chile.”

On top of all this, the evidence clearly shows other nations have exerted a level of influence on Western governments and political systems that Russia could only dream of.

Chomsky again, this time speaking to Democracy Now! in August 2018: “If you’re interested in foreign interference in our elections, whatever the Russians may have done barely counts or weighs in the balance as compared with what another state does, openly, brazenly and with enormous support.”

Chomsky is referring to Israel, whose “intervention in US elections vastly overwhelms anything the Russians may have done.”

He says: “I mean, even to the point where the Prime Minister of Israel, [Benjamin] Netanyahu, goes directly to Congress, without even informing the president, and speaks to Congress, with overwhelming applause, to try to undermine the president’s policies,” referring to Netanyahu’s attempt, in 2015, to destroy the US-led deal to stop Iran acquiring nuclear weapons.

Back in the UK, in January 2017, the Middle East Eye reported on “undercover recordings” that “revealed how an Israeli diplomat sought to establish organisations and youth groups to promote Israeli influence inside the opposition Labour Party, in an effort to undermine Jeremy Corbyn's leadership.”

Shai Masot, the Israeli diplomat, said he had helped set up other groups in the UK which, although they presented themselves as independent, received support from the Israeli embassy.

Israel is not the only Middle East nation that works to undercut Western democracies. In 2006 the Guardian reported that the British government, citing ‘national security’ concerns, had halted a Serious Fraud Office investigation into alleged corruption by the arms company BAE Systems, connected to its dealings with Saudi Arabia. According to the article, “In recent weeks, BAE and the Saudi embassy had frantically lobbied the government for the long-running investigation to be discontinued.”

Like its regional ally in Riyadh, the United Arab Emirates has also been busy, carrying out an “intense lobbying campaign … over the last few years” in the UK, according to a new Spinwatch report. This campaign has “helped shape UK government policy towards Muslims at home and UK and US foreign policy in the Middle East”.

This “massive” PR effort by the corporate-friendly Gulf dictatorship appears to have “had the desired effect,” Spinwatch notes. “With pressure building on Downing Street … the Emiratis pulled off” a “spectacular lobbying success … in March 2014, [British Prime Minister David] Cameron, out of almost nowhere, announced a review into the Muslim Brotherhood” — a useful folk devil for the UAE government.

The UAE and Saudi Arabia have also been trying to influence the heart of global power in Washington. For example, the Associated Press noted that the diplomatic crisis between Qatar and the UAE, which started in June 2017, “ignited a multimillion-dollar battle for influence” with the two rivals spending “heavily over the last year on lawyers, lobbyists, public relations and advertising to seek better trade and security relationships with the United States.”

In a March 2018 article the New York Times reported on “an active effort to cultivate President Trump on behalf of the two oil-rich Arab monarchies” UAE and Saudi Arabia. The aim? “Pushing the White House to remove Secretary of State Rex W. Tillerson” and “backing confrontational approaches to Iran and Qatar,” which Tillerson was seen as a block on.

This lobbying seems to have achieved one of its goals, with the New York Times’s Roger Cohen revealing that a European ambassador had told him about a December 2017 dinner party in Washington he attended along with Donald Trump’s son-in-law and senior adviser Jared Kushner and UAE ambassador Yousef Al Otaiba.

After the ambassador had complained to Kushner that his nation’s foreign minister was having difficulty organising a meeting with Tillerson, apparently Otaiba said: “Things will be much better when Mike’s installed.” Tillerson was sacked four months later, replaced by CIA director Mike Pompeo.

What all this confirms is that media reporting and commentary is largely framed by the concerns of the governing elite, which explains the difference in the size and tone of coverage. Russia has been designated an Official Enemy of the West, while Israel, Saudi Arabia and UAE are close allies. However, it is important to separate the interests of Western elites and those of the general population. So while it is obvious why the British elite would want a close ties with the authoritarian monarchies in the Gulf, it is difficult to see what the British public get out of these unholy associations.

The obsessive focus on Russian interference serves a couple of important functions. First, as highlighted above, it hides inconvenient but important truths — that many of our so-called allies are carrying out sophisticated and long-running campaigns to undermine the will of Western publics.

And second, it acts as a displacement activity. Instead of looking at the deep-seated domestic reasons behind Trump’s victory and why the UK voted for Brexit, we continue to be fixated on the all-powerful evil Disney villain Putin.

As always, to see through the fog of propaganda and gain an accurate understanding of the world, citizens need to be careful and critical consumers of the mainstream corporate news, making sure to combine their intake with a healthy dose of alternative and independent media. 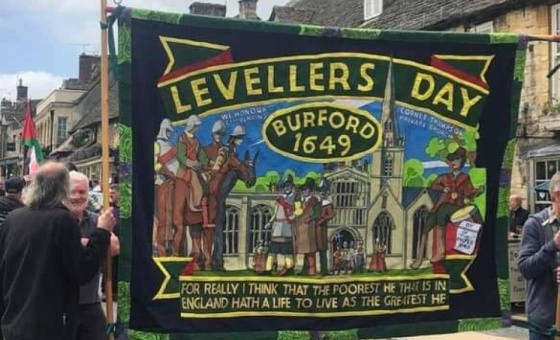