YOU don’t have to be an avid boxing fan to enjoy this book.

In fact, I highly recommend anyone who isn’t in love with the sport to pick it up: by the end, not only will you have a new-found respect for those who put on the the gloves, you will find yourself scouring YouTube for old fights of the men mentioned in it.

For someone with only a passing interest in boxing, mostly down to John Wight’s columns in the Star, I was gripped from start to finish by his words.

And it wasn’t for the legendary boxers who Wight comes across as he travels back and forth between Los Angeles and Scotland.

It’s for the deep, honest tales of Wight’s life: from growing up in Stenhouse, Scotland and how he navigated his teenage years, to the first time he stepped into the ring to spar and the challenges that brought him.

For anyone who has read Wight’s columns on these pages, it’s never been a secret that he knows so much about the game, but he still manages to write in a way that engages not only hardcore boxing fanatics but people new to the sport.

It’s also no secret that no John Wight boxing column is complete without a beautiful blend of boxing and politics.

This book is no different. It’s impossible to talk about Muhammad Ali’s career without delving back into Cassius Clay’s life and the way in which Ali mixed with politics even at the expense of his career.

What I love about the book is that it doesn’t turn into an “I met this boxer at this time and knew he would be a legend.” Nor does it turn into a hard-to-navigate passage of writing aimed at those who box as a hobby or a profession.

The way in which Wight brings fights to life is remarkable. Take the Lennox Lewis v Justin Fortune fight in 1995.

I was five at the time and never saw it. But Wight’s words made it feel like I was watching it live. And even though the result was etched into history forever, I was nervous for Fortune.

I was rooting for him like I knew him, like I was part of the entourage that night and that my own future hinged on Fortune upsetting Lewis.

That Lewis won actually annoyed me. Not because I wasn’t a fan of his, but because Wight has the reader feeling like you are with him throughout this boxing journey, that you are walking in his shoes and encountering everything he does.

This is at its most telling when Wight introduces you to his friend Nigel, and chapters later you learn that Nigel was in a serious car accident.

When Wight goes back to visit him and gets some bad news, my heart sank: I had never met Nigel but through Wight’s words I felt like I did, and it reduced me to tears.

I felt like I knew all of the characters that appear throughout this book. That if I was ever to travel to LA and step into these gyms, I would instantly recognise the likes of Herb, Troy, Terry, Andy, Nick, Boris, Alex, Ivan and the rest of the Wild Card/Outlaw gang.

When Wight says: “That said, entering the gym, it was as if I’d never been away. Instantly I saw familiar faces from the past, still here, still part of the chaos and energy that had always made the place special,” it truly put a smile on my face.

It’s a testament to his writing that I feel connected to people that I have never met. 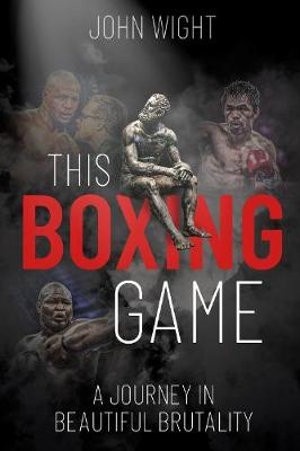 That’s not to say this book is only about Wight’s life in and out of the ring.

As always, he explores the history of the sport in tremendous detail. Looking at the likes of Jack Johnson, the black world champion who “was forced to fight a series of white contenders as America’s racist boxing establishment set out to find someone to prove the physical and fighting superiority of the white race,” to the aforementioned Ali.

No boxing book which covers the sport would be able to ignore the people who haver graced the ring over the decades.

But what sets this book apart from others of the genre is the way in which Wight looks at their lives outside the ring and the politics surrounding their fights and the sport itself.

If anything, the books blurb fails to do it justice. John Wight excels in the world of politics and boxing, and anyone who has read his work knows this – it’s what makes him a truly unique writer on the sport.

Wight knows you can’t tell boxing’s journey without delving into the working-class and its deep roots outside of the four ropes.

This Boxing Game: A Journey in Beautiful Brutality is not only a must-have for people who love boxing, it’s also a must-read for anyone who has set eyes on a boxing ring.

What you will learn from Wight can only enhance your knowledge of boxing, and before you know it you will be analysing matches and fighters like you are the next Freddie Roach.