GLYN FORD’S Talking to North Korea is that rarest of things, a helpful, sensible, balanced, interesting and informative book about the country. 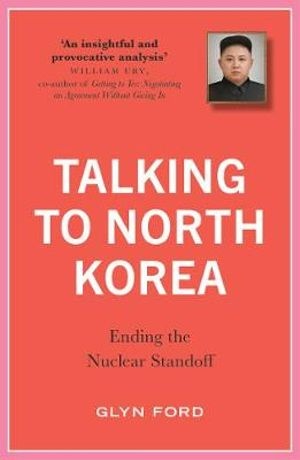 Former Labour MEP Ford is an expert in international relations and has visited Pyongyang over a hundred times, toured the entire nation and met government officials at the highest level. He is therefore uniquely well placed to explain and contextualise North Korean politics and to give pragmatic and thoughtful suggestions as to how to move the peace process forward.

His book does an excellent job of presenting Korean history and politics to a Western audience used to thinking of North Korea as dangerous, unpredictable and unhinged.

Describing the decades of vicious Japanese colonial rule in the first half of the 20th century, closely followed by a genocidal war waged by the US, Ford explains how these experiences created a profound sense of insecurity and distrust among the Korean people, particularly north of the 38th parallel, where the Democratic People’s Republic of Korea (DPRK) has been treated by the imperialist powers as an enemy state ever since its formation in 1948.

To this day, too few people are aware of the extremity of the violence enacted against the Korean people during the war of 1950-53. Ford gives this brief but chilling overview: “The US carpet-bombed and more or less levelled the North … More bombs were dropped on the North than on Germany in WWII ... Many of the bombs contained napalm, used here as a weapon of mass destruction for the first time: the liquid petroleum jelly stuck like glue and burnt its victims alive. Oceans of petrol were poured over the civilian population, incinerating them in the tens of thousands.”

Also little known is that, in the decades following the end of the Korean War, the DPRK achieved remarkable economic successes, with annual economic growth rates of 20 per cent or more throughout the 1950s and early 1960s,  making the North one of the fastest-growing economies in the world.

For a people that had suffered the depths of poverty and who had been denied educational opportunities, these were unprecedented advances.

The author takes a balanced look at the DPRK nuclear weapons programme — “an entirely rational response to the situation in which it finds itself”  — one characterised by the ever-present threat of US-imposed “fire and fury,” along with ongoing economic problems.

Ford points out that, as long as North Korea feels vulnerable to a US-led regime change operation, it can’t be expected to de-prioritise its military deterrent. But maintaining a massive standing army with conventional weapons is draining its economy, already suffering in the aftermath of the Soviet collapse, ageing infrastructure and ever-tightening sanctions.

“Once it has its own nuclear deterrent,” he writes, “resources and labour can then be shifted out of the military and into the civilian economy. Weapons of mass destruction are a necessary, if not sufficient, condition for kick-starting the North’s economy.”

Ford puts forward a realistic and sensible proposal for breaking the diplomatic deadlock over the DPRK nuclear weapons programme, based on engagement, respect and dialogue. He makes it clear that the DPRK will not give up its nuclear programme without cast-iron guarantees over its security and the normalisation of relations between it and the US.

These conditions should be met, along with the lifting of sanctions and a commitment to helping resolve North Korea’s energy needs, perhaps via the light-water reactors that were meant to be supplied under the US-DPRK Agreed Framework of 1994. If the blanket of hostility were to be lifted, the DPRK leadership would certainly respond in kind with a transparent process of denuclearisation.