TURKISH police attacked mourners who gathered at an Alevi cultural centre to pay their respects to Ebru Timtik, who died on Thursday night after more than 230 days on hunger strike in her fight for a fair trial.

Security forces set upon crowds as they made their way to the Gazi cemetery in Istanbul where Ms Timtik was being laid to rest. 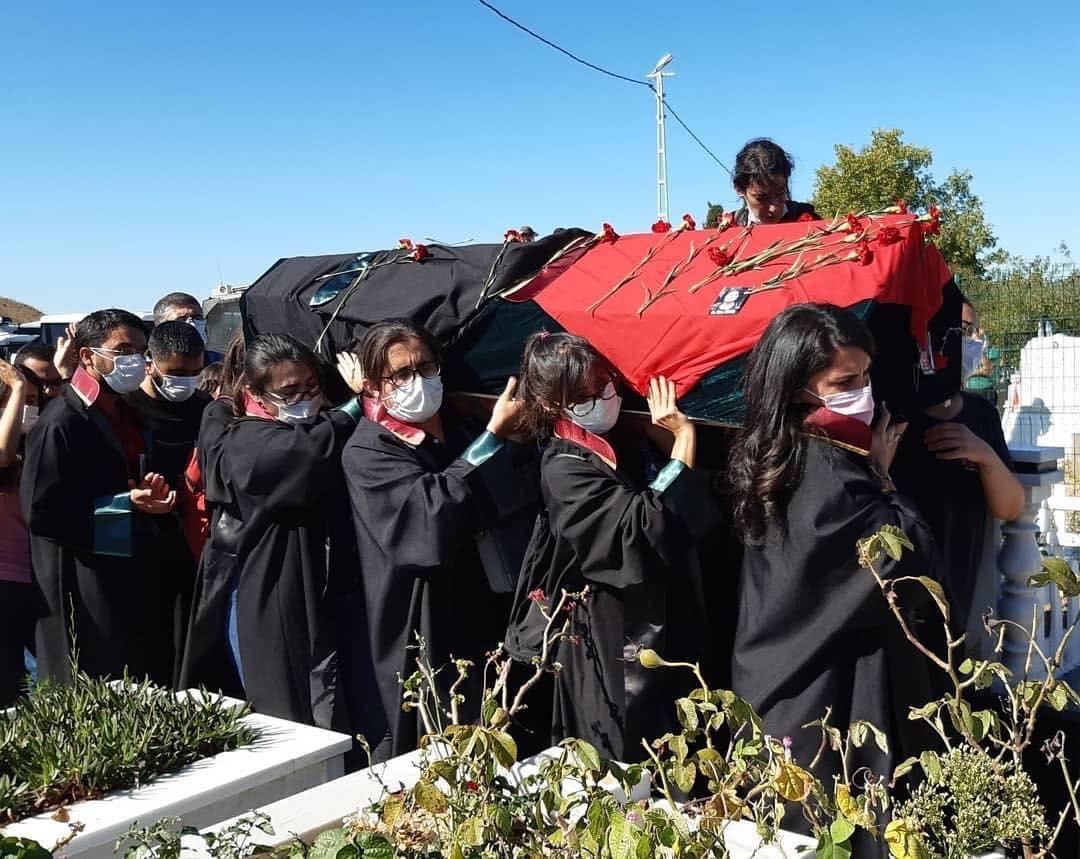 Earlier in the day police kidnapped her body, refusing to hand her over to her family amid fears that authorities would prevent her burial.

Police used similar measures following the death of Grup Yorum bassist Ibrahim Gokcek in May, taking his body from Istanbul to central Turkey.

Ms Timtik was taken straight from the forensic medical department to the Alevi cultural house in Istanbul’s Gazi district by police to stop lawyers from her bar association and friends carrying her there.

Her heart stopped on Thursday night with friends saying she resisted to the end, as attempts to resuscitate her failed.

Protests took place outside Turkish embassies across Europe with the state being held responsible for her death as authorities refused to listen to her appeal for a fair trial.

Peoples’ Democratic Party (HDP) MP for Diyarbakir Garo Payla said: “Ebru Timtik has been massacred by the tyrants in the government!”

“Don’t forget that it can also happen to you tomorrow. Don’t stay silent, raise your voice!”

Zulfu Livaneli, one of Turkey’s best-known musicians, authors and politicians said: “The death of Ebru before the eyes of everyone is the death of humanity, justice and conscience in this country.”

She was sentenced to 13.5 years in prison last March for “terrorism-related” offences in a highly-politicised and flawed trial which heard testimony from an unreliable police informer and anonymous witnesses.

The People’s Law Office said Ms Timtik was “in our soul” as huge crowds packed the Gazi cemetery to pay their respects.

“You have followed the tradition of being a lawyer of the people …which you carried with honour.

“Our struggle for justice will rise from your honourable struggle. You will always be in our minds and hearts.”

Ms Timtik turned her hunger strike into a death fast in April along with fellow lawyer Aytac Unsal.

A forensic medical report on July 30 stated that prison was detrimental to their health.

But a judge ruled their continued detention was justified as they posed “a flight risk,” despite Ms Timtik being unable to walk.

They were instead taken to hospital where they were held under conditions described as torture.

Ms Timtik was buried next to her mother as requested in her will.