ITALIAN dock workers halted a deadly cargo of weapons bound for Saudi Arabia from being loaded in Genoa today as they demanded Matteo Salvini “open the ports to people and close them to arms.”

Trade unionists and activists hailed “working-class internationalism” as they stopped the Saudi ship Bahri Yanbu from loading with drones and other equipment that would be used in its devastating war on Yemen.

They called their action a “historic act of solidarity.”

Members of the CGiL union united with activists from Potero al Popolo (PaP) anti-fascist and pacifist groups saying: “We will not be complicit with the civilian deaths in Yemen,” as they blockaded the port.

In the face of the strike action, called by the local branch of the CGiL,  and mass protest, the Port Authority confirmed the ship would only be allowed to embark with civilian material, leaving a stockpile of deadly equipment unmoved in the dock.

Workers refused to trust the words of the authorities and the strike action went ahead as planned with a blockade preventing the loading of its cargo.

In a joint statement the groups said they were making a “small contribution to [tackling] a big problem for a population that is being killed daily.”

It is the second time the ship, whose journey started in the Tilbury dock in Essex, has failed to load its cargo. Earlier this month French activists launched a legal bid to block the ship loading with eight Caesar cannons in the port of Le Havre.

While the challenge was unsuccessful, the vessel left France without the weapons and made its way across the Mediterranean to Santander in Spain.

It was rumoured that the cannons were instead loaded secretly on to a train that made its way  to a military base near Genoa, but workers said they were ready to stop this from happening.

France is keen to play down its role in the devastating war on Yemen, with President Emmanuel Macron insisting that French weapons are only used in “defensive circumstances.”

In a shocking bid to silence criticism and an attack on press freedom, three French journalists face five years in jail for exposing the reality of France’s deadly arms trade.

The devastating Saudi-led war on Yemen, which started in March 2016, has caused at least 50,000 deaths and pushed the country to the brink of the worst global famine in a century.

Despite allegations of war crimes with the deliberate targeting of infrastructure, including schools and hospitals, Saudi Arabia continues to be supported militarily and armed to the teeth by Western countries including Britain, France and the United States.

All three have insisted that jobs would be at risk as they face domestic pressure to end their deadly arms trade.

PaP activist Giacomo Marchetti, who works at the docks and is a member of the USB union, told the Star that the action was a “historic moment” for Genoa.

“It is not the first time the workers and activists have denounced what is happening [the bombing of Yemen] but it is the first time that there has been a strike and demonstration,” he said.

“Genoa has a long history of solidarity. It was the first to block US ships headed to Vietnam and dock workers here also refused to allow war equipment to disembark for the Chile coup or its ships to dock.

“There are so many parts here that will be used for drones in the Yemeni war…this is the first time we have seen this kind of action since the strike before the Iraq war in 2003.”

He said the action sent a message to the racist Mr Salvini: “Open the port to migrants and close it to arms.

“What happened today in Genoa, what happened in Le Havre and Santander showed the importance of international working-class solidarity, especially in stopping wars. And it showed the strength of the dock workers.

“We are winning because the arms will not be loaded here as was planned.” 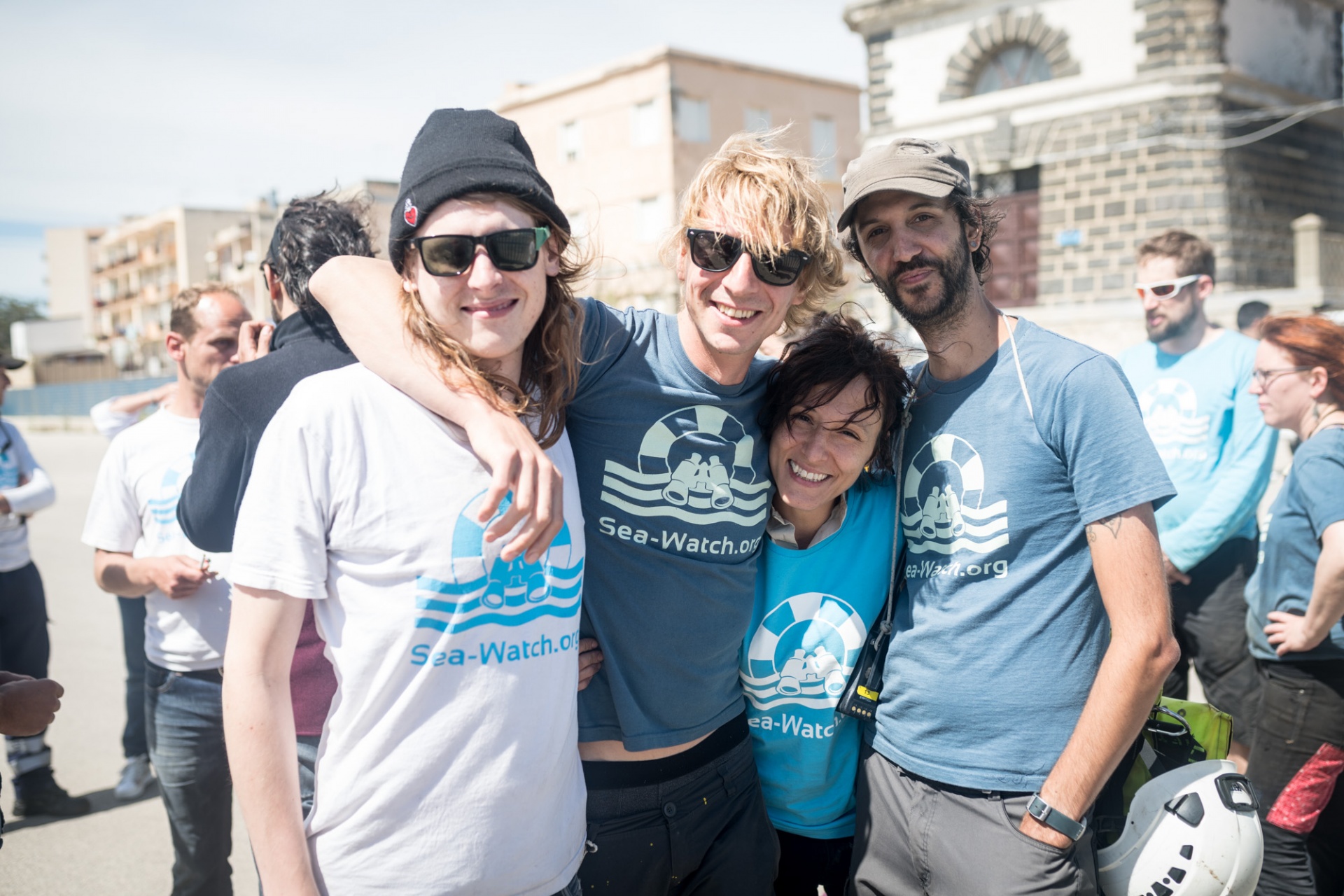 German NGO Sea-Watch International (SWI) successfully disembarked 65 people on the Italian island of Lampedusa after being harangued by the EU-funded Libyan coast guard and ignored by Europe for days.

The NGO had rescued the passengers off the coast of Libya last week.

Locals and activists welcomed the ship’s migrants and crew as they waved banners that read: “Welcome to Lampedusa” and “Whoever saves one life, saves the entire world.”

SWI’s ship, the Sea Watch 3, is currently being held in “probationary confiscation.”

Mr Salvini’s plans to charge NGOs €5,500 (around £4,820) per migrant brought to Italy’s shores was condemned by the UN’s human rights office.

For more on this story, visit mstar.link/SeaWatch3.