JAILED Kurdish journalists from the Mesopotamia News Agency have issued a call for international support, in a letter received by the Morning Star today warning of an attempt to stop them reporting the truth. 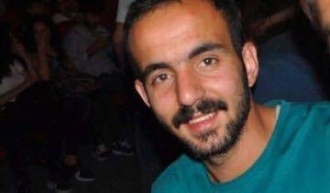 Cemil Ugur, one of four reporters who broke a story about two Kurdish farmers being thrown from a military helicopter in Van province, was imprisoned earlier this month on charges of “membership of a terrorist organisation.”

He and the other reporters – Adnen Bilen, Sehriban Abi and Nazan Sala – have now also been charged with theft of their own equipment used for the story, including laptops, recording devices and cameras, despite no questions being asked about them by police or the prosecutor.

Mr Ugur warned in the letter that the four had not been arrested as individuals, but that “it was journalism that was arrested.”

He said that the Turkish state “don’t want us to tell the truth,” but that the four would not have been doing their jobs if they had ignored the hospital reports and eyewitness accounts of the incident.

“We tried to bring the truth to the people at all costs,” Mr Ugur wrote.

The prosecutor issued a warrant for the journalists’ detention on allegations of “membership of a terrorist organisation” — in this instance believed to be a reference to the banned Kurdistan Workers’ Party (PKK).

But in the courtroom the same prosecutor demanded they were jailed for an absent reason, which Mr Ugur claims “indicates he was instructed by someone to detain us.”

In a bizarre twist, it has since transpired that the prosecutor claims that “objects found during the search were stolen” by the journalists, meaning they have been jailed for theft, allegations Mr Ugur describes as “frivolous and absurd.”

The court also suggested the reporters were not journalists because they did not have press cards – which in Turkey are issued by the office of President Recep Tayyip Erdogan, who is therefore the arbiter of who receives accreditation.

Turkey is the world’s biggest jailer of journalists, with around 200 media workers behind bars, a third of the global total.

Mr Ugur described how the Turkish state had tapped his phone, listening to him for months, and even recorded a call when he was conducting an interview.

“They wanted to prosecute journalism here,” he wrote.

“We are told that we are the voice of the truth and we defend the right to receive news in all platforms and we'll continue to do so.

“We will continue to uphold the dignity and honour of journalism they want to trample. We know that you are always with us. Thank you for your solidarity,” he wrote.

“As the Turkish government continues to persecute media workers, the international community should step up its efforts to protect press freedom and the right to report,” she said.

Forces close in on Seversk after Russia takes control of Lysychansk