THE struggle to protect the planet from the excesses of capitalism is a global one and today activists from Extinction Rebellion are leading the way.

Here the Star presents pictures from all across the world at the beginning of a week of mass protests against climate catastrophe. 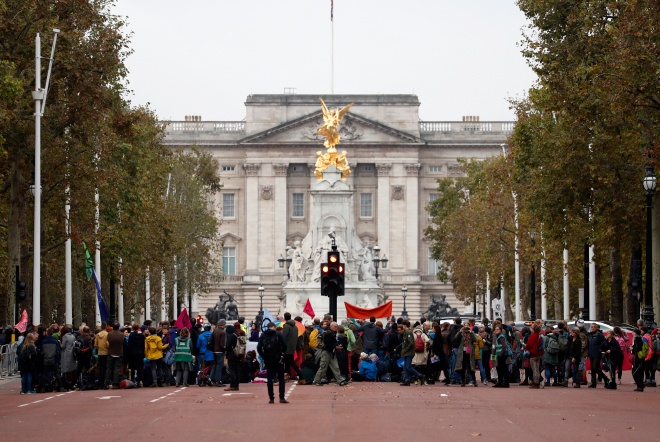 Climate protestors block the approach to Buckingham Palace on the Mall, central London. 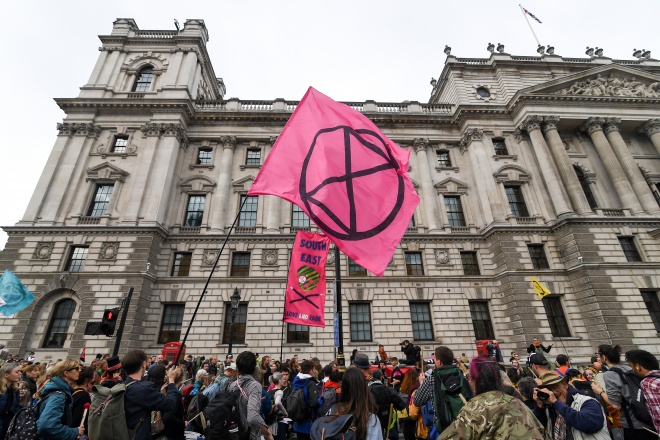 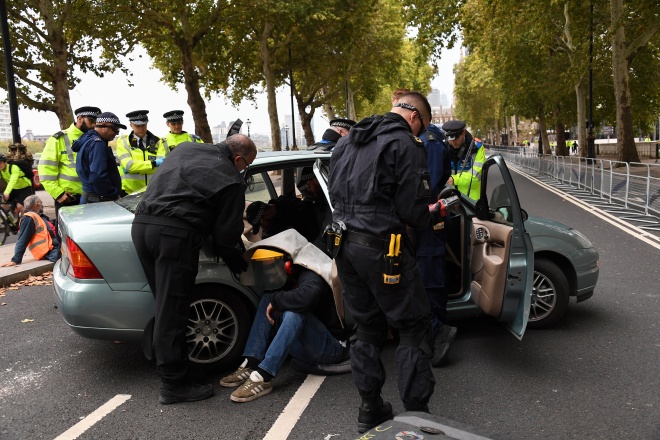 Police attempt to engage a man who barricaded himself into a car, central London. 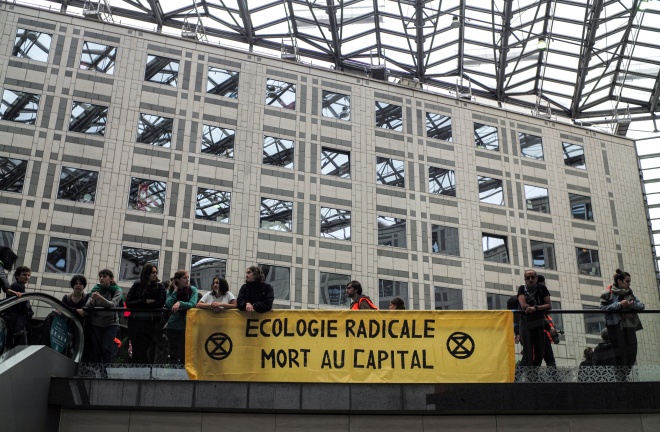 Kicking off the global rebellion early on Saturday, protestors at a shopping centre in Paris hang banners. Activists block traffic between the Brandenburg Gate, background, and the Victory Column in Berlin, Germany. 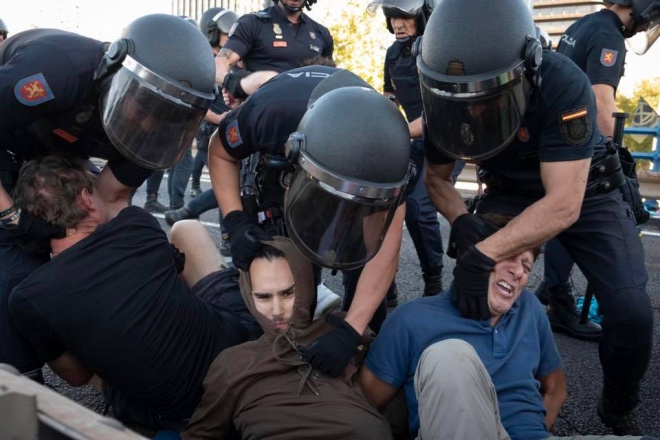 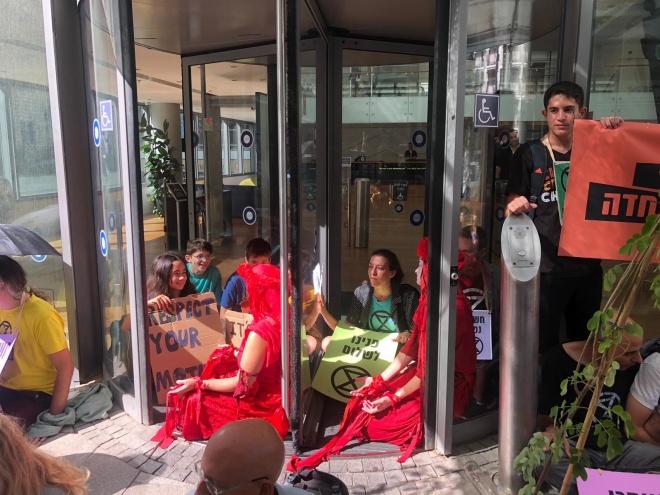 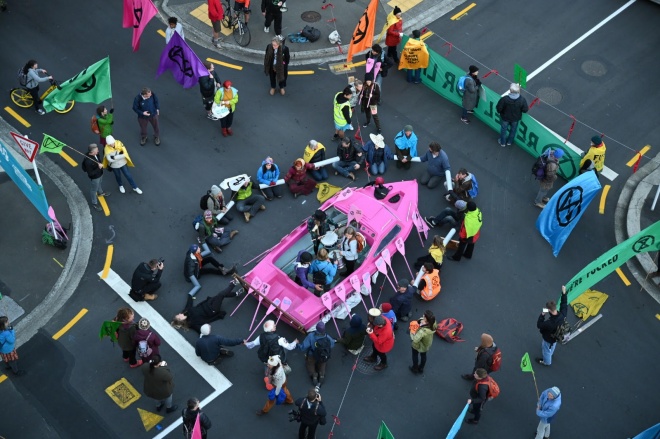 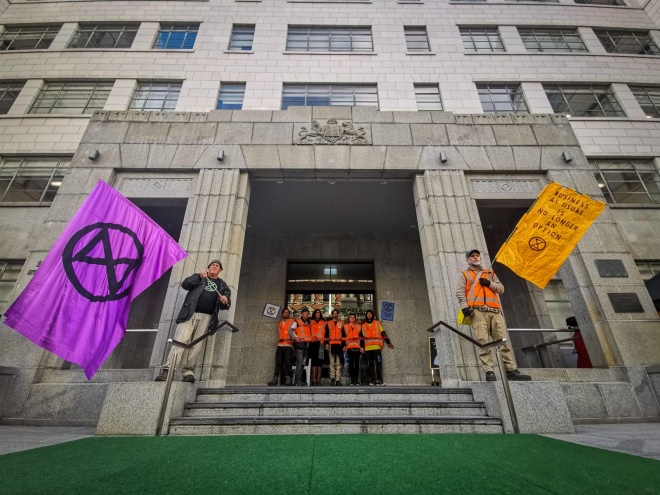 Another glue on, this time at the Ministry of “Fossil Fuels” [the Environment] in Wellington (Pic: Extinction Rebellion). 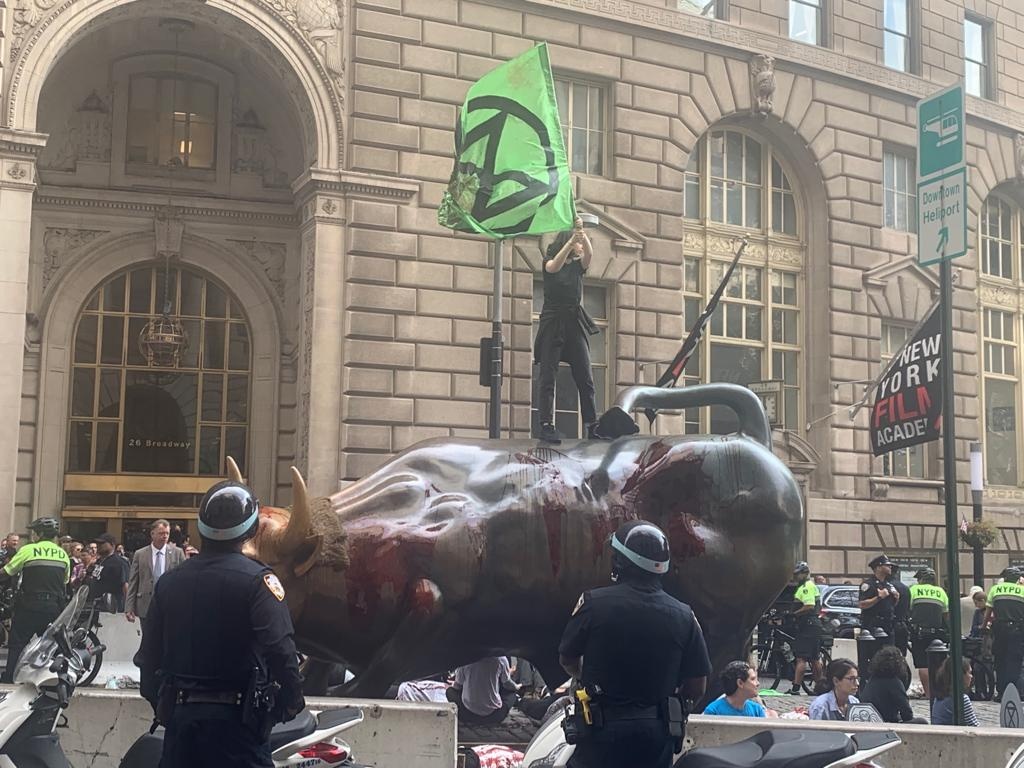