Unions and their members still have much to do to ensure dignity at work for women, writes FRANCES O’GRADY

2018 is a huge year for women at work. For one thing, we have lots to celebrate. We’re marking 50 years since the Ford Dagenham strikes, 100 years since some women won the vote and, of course, 150 years of the TUC. But we’re also facing huge challenges.

In the past few months, the flood of disclosures of sexual harassment at work has provided an insight into the scale of the problem across all sectors.

From Hollywood to the Houses of Parliament, it’s rarely been out of the news. And rightly so. As long as this issue is front and centre, we have a unique opportunity to win a better deal for working women.

Today, I’m proud to welcome hundreds of women trade unionists to the TUC Women’s Conference, where we’ll be discussing how to do just that.

Already in 2018, we’ve had the scandal of the Presidents Club dinner. What shocked me wasn’t just the behaviour of rich men from business and politics or that the young women were employed by an agency for the paltry sum of £175. It was that they were prevented from taking a break — that there was literally no escape.

These women were forced time and again to be at the beck and call of drunken, loutish, groping men.

They were made to sign so-called non-disclosure agreements, which shows the employer was expecting unacceptable behaviour.

In 2016, TUC research found that over half of women had experienced sexual harassment at work, including two-thirds of young women.

A third of women have been on the receiving end of unwelcome sexual jokes, a quarter have experienced unwanted touching and a fifth have suffered unwanted sexual advances.

And we know from our members that the rise in zero-hours contracts, the erosion of employment rights and the increasing prevalence of employers silencing their workers means more violence, harassment and bullying.

But before the media attention, before women felt able to say #metoo in their thousands, trade unions were supporting members in their workplaces, fighting for dignity at work and campaigning to end violence and harassment in all forms. 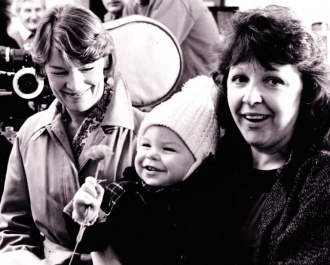 Consider the story of Audrey White, manager of a clothes store in Liverpool, who was sacked in 1983 for complaining about the sexual harassment of four women in her team. She was reinstated after a five-week picket, supported by dockers, car workers and other local union members and activists.

Her story reminds us that sexual harassment is not a new problem and that behaviour like this was never OK.

And it also highlights the power of unions and their members. Audrey’s campaign put sexual harassment at work in the spotlight and ultimately led to the legislative changes that help protect workers from it.

In 2018, we want the campaigning work of trade unions to pay off yet again.

In June, the International Labour Organisation (ILO) will be discussing whether it will bring in a legally binding international treaty on ending violence against women and men in the world of work.

Governments would be required to incorporate the treaty into national law and employers would have to follow it. Governments would also be expected to commit to reviewing and reporting their progress.

Throughout the campaign, unions have called for the treaty to specifically focus on violence against women, recognising that violence and harassment at work overwhelmingly affect women, due to discrimination, unequal power relations and non-standard working conditions.

And the Westminster government agrees with us. It has written to the ILO asking for the same robust protections that the TUC has called for.

So in the next few months, trade unionists urgently need to lobby employers to support this process. Our sisters and brothers at the International Trade Union Confederation are leading this campaign and have a campaign toolkit for unions.

What better way to celebrate International Women’s Day than committing to end violence and harassment in work, in Britain and across the world?

Frances O’Grady is general secretary of the TUC.

Buttler takes over from Morgan as England’s limited-overs captain

Dorries invited to watch rugby league after mixing up the codes