The Morning Star The Peoples' Assembly

As part of the Peoples’ Assembly demonstration you can download today’s Morning Star free of charge. 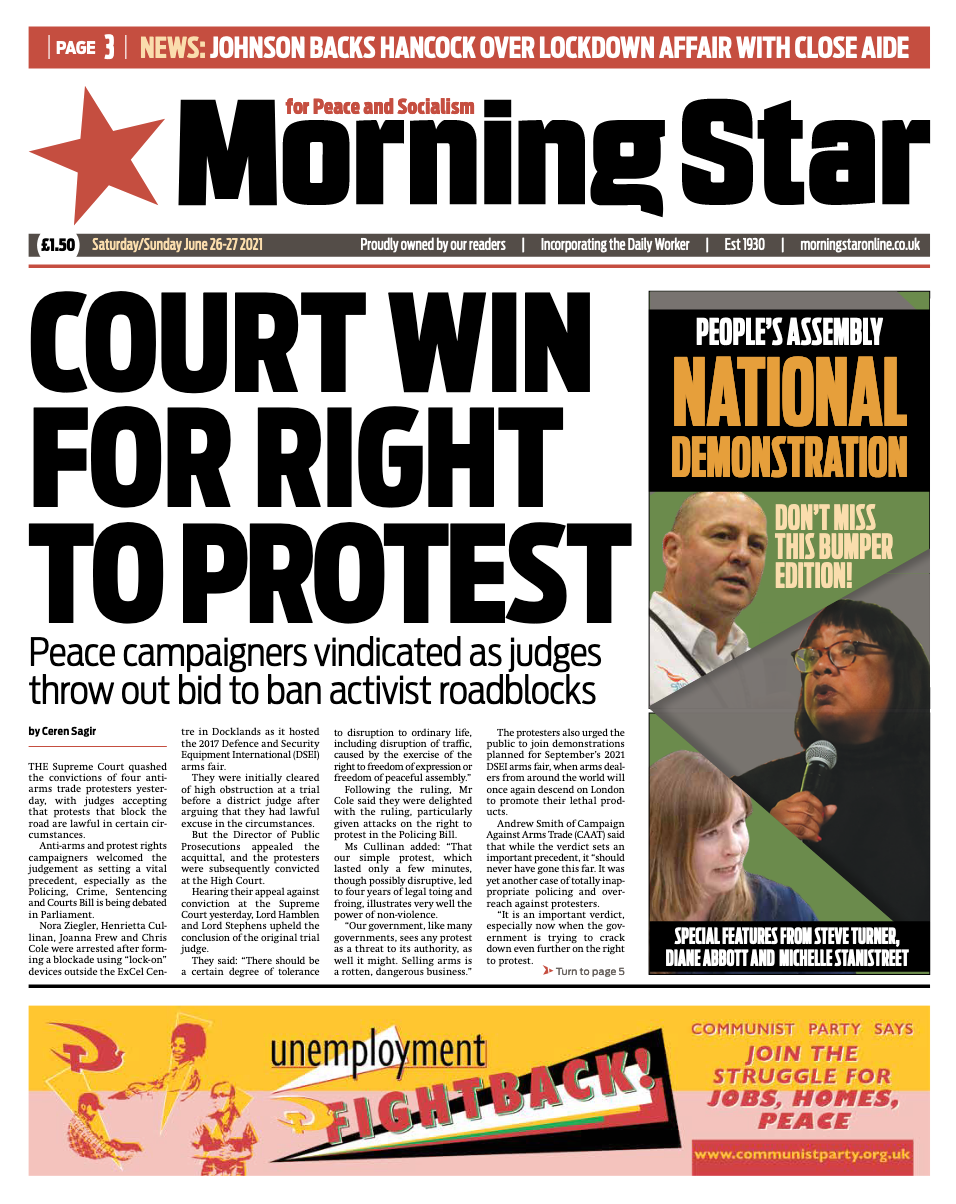 This government has made it clear it wants working people to pay for the coronavirus crisis.

The pitiful offer to nurses, the public sector pay freeze, lack of sick pay sit in stark contrast to contracts granted to friends and cronies.

Employers are going on the offensive, particularly with fire and rehire policies.

But there has been widespread opposition to this, including strike action.

Our first chance to fight back

The Tories are also attempting to use the cover of the pandemic to pass the Police, Crime, Sentencing and Courts Bill, which reaches its final reading in June.

This bill is an affront to democracy, an assault on our rights to protest, and an attempt to silence dissent.

This government has failed us. This demonstration is our first opportunity to take to the streets in opposition.

To volunteer, please meet from 11:30 onwards at Parliament Square on Saturday 26 June, or confirm availability by emailing circulation@peoples-press.com.