THE Ministry of Defence (MoD) has paid a British university hundreds of thousands of pounds for “cultural advice” on how to operate in former colonies.

Students at the School of Oriental and African Studies (Soas) in London have slammed the payments as “outrageous.”

At least £400,000 has passed between the military and the university since the end of 2016, according to freedom of information requests filed by student group Decolonising Our Minds.

The money has gone towards academic staff delivering study weeks on the history and culture of people in Africa, Asia and the Americas, including many former colonies.

A little-known MoD body, the Defence Cultural Specialist Unit (DCSU), was at the centre of the payments.

The unit was formed in 2010 in response to the disastrous occupations of Iraq and Afghanistan.

It has at least 64 cultural advisers deployed across 22 countries around the world.

The US military runs a similar unit called the Human Terrain System, which was condemned by the American Anthropologist Association for violating the ethical imperative to “do no harm to those they study.”

Connections between Soas and the British military are at odds with the university’s reputation as a left-wing and anti-imperialist campus.

Soas staff involved in the scheme include Professor Gilbert Achcar, who has co-authored a book with Noam Chomsky.

Mr Achcar has given four days of training to the MoD about “Islamic fundamentalism” and other topics, Soas records from 2017 and 2019 show.

In February, a Soas anthropologist gave military personnel an overview of the “war in the Sahel.”

On Monday, Defence Secretary Penny Mordaunt announced that 250 British troops were being deployed to Mali as peacekeepers “in recognition of the increasing instability in the Sahel region.”

A spokesperson from Soas Students’ Union said: “We would like to join the Decolonising Our Minds collective in condemning Soas for supporting the militarisation of academia.

“It is outrageous that after recognising its complicity in past colonial power dynamics, the school is still engaging in such projects despite its institutionalised ‘decolonising’ agenda.

“Soas is furthering its hypocrisy and double standards when combating structural injustices.”

But a Soas spokesperson defended the scheme, saying: “We reject any suggestion that we are ‘militarising’ higher education or perpetuating a colonial approach between the UK and other nations.

“We take a critical non-Eurocentric stance in relation to our regions, which challenges preconceived notions about politics, culture and society.

“It is right and important that such perspectives are brought to bear on bodies which are engaged with these regions.” 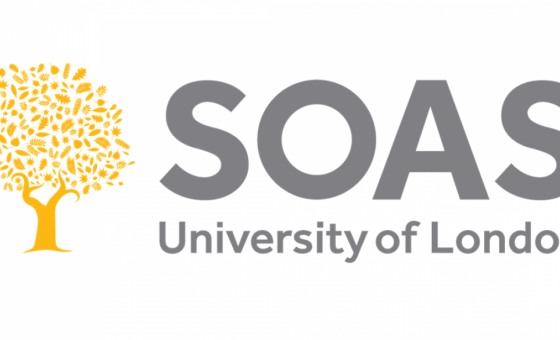