Doctor Meenal Viz holds a banner as she protests outside Downing Street in London, on Sunday
×

THE government came under increasing pressure today to correct the continued lack of personal protective equipment (PPE) for health and social-care workers.

Ministers came under fire as a top civil servant said the failure to take part in a joint EU medical equipment procurement scheme was a “political decision” – and as evidence emerged that Britain is still exporting PPE to other countries.

Tributes were paid to medical staff who have recently died from Covid-19. More than 100 health and social-care workers are now dead as a result of the coronavirus. 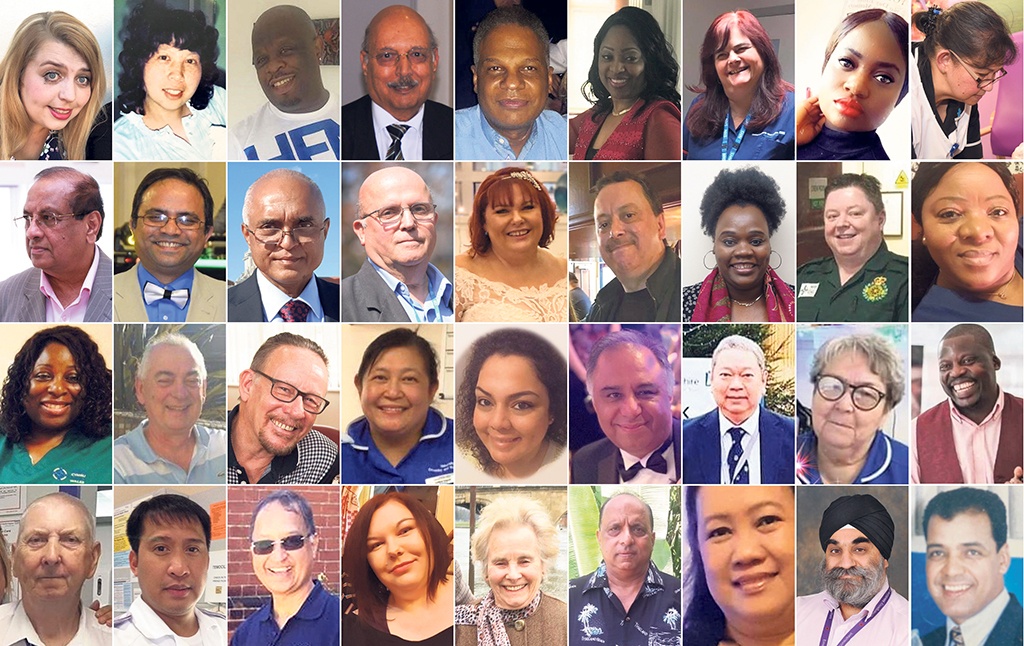 Medical staff who have recently died from Covid-19

A&E consultant Manjeet Singh Riyat, who died on Monday, was described as “the most generous man;” Dorset GP Dr Craig Wakeham, who died at the weekend, was described as a “leading light” in his field; and mental-health nurse Khulisani Nkala, who died on Friday, was praised for his “selfless” attitude, particularly in his work supporting black and minority-ethnic staff and patients.

But today junior doctor Katie Sanderson warned that there were “very, very significant gaps” in PPE provision for front-line NHS staff, pointing to a Doctors’ Association UK survey of more than 1,100 doctors. She said that 47 per cent of doctors have not had long-sleeved gowns, 38 per cent have no eye protection, and 38 per cent who need FFP3 masks have no access to them.

Labour leader Sir Keir Starmer said that there is “an increasing gap between what the government says or thinks is happening, and what the front line are telling us.”

The lack of PPE was slammed as “grotesque” by TUC general secretary Frances O’Grady, who has called for a judge-led public inquiry by the end of the year.

Downing Street has been unable to say when an RAF plane waiting on a runway in Turkey would return to Britain with a consignment of protective wear that includes 400,000 medical gowns.

On Saturday, Housing Secretary Robert Jenrick said  that the 84 tonnes of cargo would arrive the next day. On Sunday, Education Secretary Gavin Williamson said that he “hoped” the order from a Turkish firm would arrive on Monday.

But today, Local Government Minister Simon Clark said it would arrive “in the next few days.” He could not say whether it had left Turkey.

Shadow Cabinet Office minister Rachel Reeves said that there had been too much focus on importing protective gear and not enough effort on getting smaller suppliers to make and source items in Britain.

Ms Reeves told BBC Radio 4’s Today programme that she had been “inundated” by manufacturers from a pool of 8,000 that have offered to make PPE but have heard nothing back from government.

Millions of pieces of protective wear are being shipped from British warehouses to Germany, Spain and Italy, the Telegraph reported today. The newspaper added that businesses said they had “no choice” but to sell them abroad because the British government had repeatedly ignored their offers of help.

Number 10 previously claimed staff “missed” an email invitation to join the EU joint procurement scheme for medical supplies. But Foreign & Commonwealth Office mandarin Sir Simon McDonald told MPs today that it had been a “political decision” not to take part.

Health Secretary Matt Hancock announced today that 17,366 people have now died in hospitals after testing positive for coronavirus, an increase of 852.

City nail the Hammers and progress to FA quarter finals

Leicester praised for show of solidarity with the people of Palestine

Government summer schools will reach just 1 in 12 of pupils