A DISGRACED guard involved in the “unlawful killing” of a refugee on a deportation flight has obtained a Home Office-approved licence to continue working in private security, according to the industry’s regulator.

Notorious racist Terence ‘Terry’ Hughes is still allowed by the Security Industry Authority (SIA) to work as a professional guard, despite his role in the death of Angolan man Jimmy Mubenga while working for G4S nine years ago.

Passengers say Mr Mubenga, a father of five, shouted “I can’t breathe” as he was restrained by Mr Hughes and two G4S colleagues who were involved in deporting him on a British Airways flight in 2010. Mr Mubenga then collapsed and died of cardiac arrest.

An inquest in 2013 ruled that Mr Mubenga was “unlawfully killed” by the G4S guards. But the trio were cleared of manslaughter in a 2014 criminal trial in which jurors were not shown the racist messages as they were not considered to be “relevant.”

It now emerges that 58-year-old Mr Hughes remains eligible to work in the private security industry as he holds an active licence issued by the SIA, a Home Office body.

The licence, which costs £220 for three years, allows him to work as a professional guard.

According to the SIA database Mr Hughes appeared to apply for the license in 2017 to work in a “front-line” role in “door supervision” and is allowed to “undertake designated licensable activity.”

Although there is no suggestion that Mr Hughes still works for G4S, the news that he holds an SIA licence has dismayed human rights experts familiar with the Mubenga case.

Anita Sharma, who worked with Jimmy Mubenga’s family as a senior caseworker for the Inquest charity, told the Star: “This new revelation about Hughes’s ongoing work in security is evidence of the lack of oversight for privately employed staff.”

She asked how it was possible for someone with “a well-publicised history of racist behaviour to continue to work in this area.”

Ms Sharma warned that a “lack of individual and corporate accountability maintains a dangerous culture of ill treatment.”

Although it is not known where in the private security sector Mr Hughes now works, earlier this month inspectors raised concerns about guards tying up migrants on deportation flights for as long as 14 hours.

Ms Sharma commented: “The inspectorate continues to report excessive use of restraint on detainees during deportations. Will it take another death before this changes?”

Former barrister Frances Webber from the Institute of Race Relations was also alarmed.

She said “there should be no place for racism” and demanded to know “the criteria for licensing and for the contracting of guards.”

An SIA spokeswoman said: “For Data Protection Act 2018 legislation reasons we do not comment on individual licensees.” 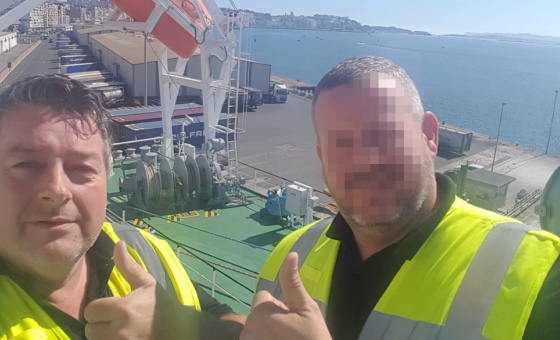