We need a zero-Covid strategy

A nurse works on a computer in the ICU (Intensive Care Unit) in St George's Hospital in Tooting, south-west London, where the number of intensive care beds for the critically sick has had to be increased from 60 to 120, the vast majority of which are for coronavirus patients.
×

THE government has mishandled the coronavirus pandemic at every stage and led us to a disastrous series of outcomes. There is no more important issue currently facing us.

So, we are calling for the broadest possible coalition of all those who want the government to change course, to implement a series of measures that will work to suppress the virus.

Recent history in this country and internationally has shown that there can be no return to any semblance of normal existence until the virus is suppressed.

Wherever governments, including this government, have tried to do that without effectively eliminating the virus, there has been a renewed upsurge in cases. “Herd immunity” policies have been a disaster everywhere they have been implemented.

By contrast, a number of countries have successfully nullified the virus. They have got the spread of the virus down to exceptionally low numbers by a series of stringent measures and kept it there by swift action to deal with any new sporadic outbreaks.

There is nothing to stop this country from doing the same. The key issue is lack of political will.

It is worth restating that this is a global pandemic, one where lessons (both positive and negative) could and should have been learnt from other’s experience. But listening to ministers and much of our media you could be forgiven for thinking the spread of the virus was a uniquely British event. Worse still, there has been the promotion of policies in Sweden and the United States which have had similarly catastrophic outcomes to our own.

There has even been a narrow nationalism, with wholly spurious and repeated claims that what is being done here is “world-beating.” The reality is that the best efforts to combat the pandemic have been through international co-operation, through bodies such as the World Health Organisation and international collaboration in the sharing of scientific knowledge and in the production and manufacturing of vaccines.

Yet there is still the opportunity to learn from others. A host of countries have suppressed the virus to the extent that most people can now go about their normal daily lives. This group includes Australia, China, New Zealand, Thailand and Vietnam. They used a combination of strict lockdown measures, with proper financial support and effective systems of testing, tracing and isolation.

None of those countries achieved that success with vaccines. The emergence of a number of highly effective vaccines internationally will certainly be another weapon to contain the spread of the virus as they are rolled out.

But leading scientists repeatedly warn that the vaccines are not in themselves a magic bullet. People are continuing to contract the virus in record numbers, hospitalisations are at a new peak and the death toll is surging.

The government’s vaccination roll-out programme inspires no more confidence than many of its other initiatives, whether this is on PPE, Nightingale hospitals, effective testing and tracing or its insufficient support for furloughed workers and struggling employers. Put simply, the pace of vaccinations will not currently prevent a further disastrous death toll. Nothing the government does suggests that will change quickly.

The government critics who cite incompetence, indecision and lack of clear communication are not wrong. But there is the fundamental issue that lies behind all of these.

Throughout the crisis the government has had the wrong priorities. These were centred on what it thought were the needs of business, rather than on defending and promoting public health. That is why lockdown was delayed, why restrictions were lifted too early and why so many parts of the private sector have benefited from a bonanza in new contracts, many with direct connections to the Tory Party.

This is clear in the latest attempt to force schools to reopen. As the government’s own advice to schools on its website says, this policy is about obliging their parents or carers to return to work. The party which tripled tuition fees, abolished the education maintenance allowance and cut schools funding in real terms has not become suddenly concerned with the education of our children.

Throughout, the government has pursued the false notion that there was a trade-off between the economy and public health and chose to prioritise the former. Yet, as workers and consumers are crucial to the economy, this was always wrong. It has led to disastrous outcomes for both. Tens of thousands have lost their lives and hundreds of thousands have lost their jobs.

The pandemic has particularly ravaged black and Asian communities. Poorer people have also had to bear the brunt of the crisis and the treatment of people in the care homes has been nothing short of a scandal.

Nor can we ignore what Britain’s disastrous experience of Covid tells us about the impact of longer-term political decisions on our public services and their capacity to respond to emergencies.

Austerity cuts and chronic NHS underfunding left our health service with tens of thousands of vacancies when the pandemic struck, and saw Tory ministers ignore warnings from their own drill, Exercise Cygnus, on issues like PPE shortages. The decision to axe public health information workers a decade ago has contributed to chaotic messaging and combines with mistrust of evidently incompetent and self-interested ministers to produce dangerous levels of “vaccine hesitancy” and scepticism about scientific advice.

And the number of school-based nurses has been allowed to decline by a third since 2010, with only 2,100 now working across 32,113 schools just as we try to roll out mass testing and vaccination programmes in schools.

It does not have to be this way. As other countries have shown, it is possible to suppress the virus effectively.

That is why we are launching a joint call to create a Zero Covid Coalition. We want to bring together all those who oppose this government’s disastrous handling of the pandemic and argue for better outcomes.

We have no intention of overriding or minimising the great work of trade unions, political representatives, medical and scientific professionals, campaigns, and other organisations doing so much to highlight all the innumerable issue thrown up during this crisis. On the contrary we want to amplify their work, bring the maximum number of forces together and encourage greater collaboration between them all.

Our central demand is that the government adopts a Zero Covid strategy, to effectively eliminate the virus in the way that has been done in other countries. But we want to work with all those who cannot currently commit to that demand, but who need our support in their fight for a better outcome.

The immediate task is offer full support for all workers in education fighting the government’s reckless policy of forced return to the classrooms.

Over time we want to build the strongest possible united force demanding that the government puts public health first. We hope you can all join us.

The first online public meeting of the Zero Covid Coalition will be held on Sunday January 24, from 12 noon to 2.30pm. Further details will be made public. 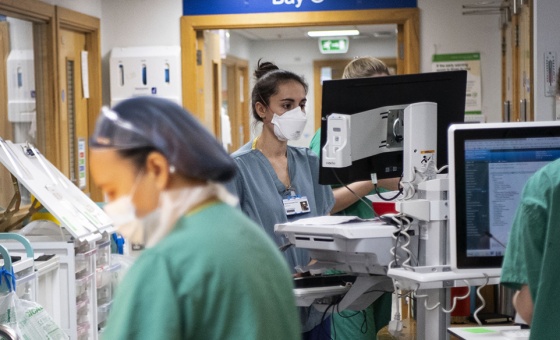