IT is 30 years since John Healy wrote his classic Grass Arena — his autobiography of growing up Irish in London. 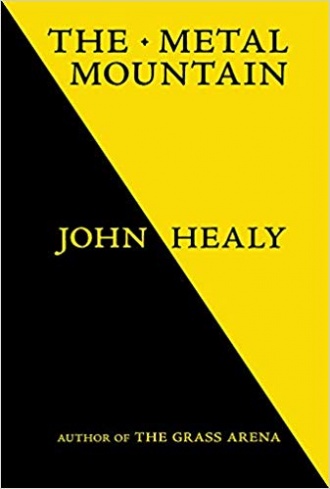 His new novel continues this theme as we look back at 1950s Britain and the lives of the Docherty family, Irish immigrants who have survived the second world war, and are bringing up their children in a bombed-out London.

The mother, Mary Jane, takes the children to a local coronation party for the Queen, only to be excluded because of her Irishness — even though the children were born in England.

Retreating into Catholicism, she represses her hurt and anger.

Sean, the father, keeps his anger locked up as he takes the only jobs available for him as a navvy.

Nine-year-old Michael tries to understand why his mother has been excluded from the party and then listens to her lying to his father about the reason why.

He walks through his local area surrounded by angry signs about him and his family: “Filthy Irish Pigs Go Home.”

Maybe that is why he becomes his mother’s right hand, even going down to the train station to meet his auntie Bridget.

Mary Jane’s sister, Bridget, arrives with a handful of school certificates  and is not prepared to put up with this discrimination.

Unlike Mary Jane, she will not try to escape reality through her Catholic faith, instead she starts to agitate about the injustice experienced by her countrymen.

But when she is followed by Special Branch and interrogated at a police station she begins to understand the perimeters of her civil rights as an Irishwoman.

Bridget is a positive character within a gloomy, if realistic, novel.

For me the novel really comes alive with Healy’s description of London.

The scene in the local washhouse is mesmeric and poetic — a place where the local women of all colours and ethnicities  meet.

Through Michael’s eyes we watch this weekly ritual and share his fascination with the work and the women’s bodies.

The theme running through the novel is emigration and the price that the Irish have paid to find work in this country.

The Dochertys fled the Black and Tans in Ireland for work and a new life in Britain, but their life changes little as they are choked by the ongoing racism and everyday discrimination.

Healy captures the way in which some Irish people were walking down a long dark tunnel during this period of history.

Missing, though, is the way the Irish fought back through humour, poetry and song.

Metal Mountain is an elegy to the past history of the Irish in a world that has been forgotten.