Protesters stage a die-in in front of London's Excel Centre during the DSEI arms fair in 2017 Photo: Diana More
× 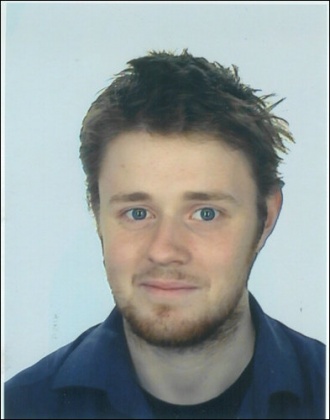 And while the Tory government wines and dines the tyrannical heir apparent at the taxpayer’s expense, his military will be busy committing war crimes with British-made bombs from British-made jets in Yemen.

Were the absolute monarchy to stop being such a lucrative market for Western weapons of mass destruction, then the British Establishment would be up in arms about the country’s medieval treatment of women, the crackdown on political dissidents and systematic discrimination against religious minorities.

Were Saudi Arabia also to stop selling oil to the West, they’d probably even be calling for regime change.

This hypocrisy is not going unnoticed. A coalition of NGOs, peace campaigners, and activist organisations have organised a series of protests over bin Salman’s visit.

One of the organisations making sure the government knows that war criminals like bin Salman are not welcome here is Campaign Against Arms Trade (Caat). 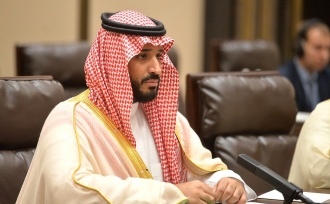 “For decades now, Saudi Arabia has been the largest buyer of UK arms,” says Caat press officer Andrew Smith, who visited the Star ahead of the protest.

“Since March 2015, Saudi forces have been running a terrible bombing campaign in Yemen. Over 10,000 people have been killed over the bombardment itself. Research by Oxfam shows that right now people in Yemen are suffering the worst cholera outbreak in history, with over a million people having been affected by it.

“Even Boris Johnson has called the war the worst humanitarian crisis in the world. Though he has supported the arms exports which have fuelled this war right since day one.”

Perversely, the humanitarian catastrophe in Yemen is proving a fantastic business opportunity for the shareholders of arms manufacturers like BAE Systems, Lockheed Martin and Raytheon. The government has licensed almost £5 billion of weapons to the kingdom since the conflict began, Smith says.

“One thing which not a lot of people know is that there is actually a whole section of the civil service, the defence and security organisation, which exists for the sole purpose of promoting arms exports. It’s about a hundred civil servants, paid for by taxes, who’re working with the sole purpose to maximise the sales of companies like BAE Systems or Raytheon.

“And this is one of the things that’s so ludicrous about the government’s position on arms exports. On the one hand the government is supposed to be regulating the industry, while at the same time pulling out all the stops to maximise sales and literally working hand-in-hand with arms companies to do so.

“It seems whenever there’s a decision to be made between the profits of arms companies and the wellbeing of other people, it always seems that the arms companies win.”

The Saudi regime cannot be trusted to observe the most basic levels of human rights for its own people, Smith asserts.

But Theresa May and Boris Johnson trust them with vast quantities of bombs and fighter jets, and to regulate their own conduct in an international war.

“The most important thing bin Salman will get from the visit isn’t necessarily the arms sales; it’ll be the images of him outside Downing Street, of him with the royal family. These will be seen around the world and will be a major propaganda coup.

“Bin Salman’s visit coincides with International Women’s Day. The message sent out to women in Saudi Arabia and elsewhere from this visit will be that BAE System’s profits matter more than women’s rights.”

The crown prince is keen to be seen as something of a moderniser.

Last month, women in the theocratic country were told they would be allowed to drive, join the military and attend sporting events.

May, US President Donald Trump and much of the media might be gullible enough to see this as progress but, as Smith says, all these changes prove is just how low the bar was to begin with.

“I don’t think people here are so easily convinced. We need to make clear that people in the UK, people anywhere, don’t support what he’s doing in Yemen but also don’t support the terrible oppression that’s being inflicted on the Saudi people for decade after decade, and which bin Salman has been central to in recent years.

“We don’t believe people in the UK support this visit. We don’t believe they support seeing the Crown Prince of one of the most brutal dictatorships in the world having the red carpet rolled out for him.”

On March 7, Caat, Stop the War, Global Justice Now and the Arab Organisation for Human Rights in the UK will be protesting outside Downing Street from 5.30pm.

Smith says that it is important that as many people as possible mobilise to make our opposition known.

“The ongoing saga of Donald Trump’s on-again-off-again state visit shows that if it wasn’t for the threat of protest, we would have seen him going down the Mall in a golden carriage already.

"Trump doesn’t likes the fact that there’ll be protests. I think it’s the same with the Crown Prince.

“Almost every social change that has happened around the world has been as a result of people power. Change doesn’t happen by itself; it only happens because people are forcing it.

“I totally appreciate that bringing down the global military-industrial complex is most definitely a marathon and not a spirit. But it is something which is not going to happen without mass participation of people.”

But what if Britain were to halt its arms sales to the Saudis? Surely someone else would fill that gap?

Smith says Caat hears this one a lot. One of the reasons is that the government uses the excuse itself.

“The UK rightly doesn’t sell weapons to Bashar al-Assad’s regime. Well, not any more. It wasn’t that long ago he was in Buckingham Palace and Tony Blair was, according to the Sunday Times, lobbying to get him a knighthood.

“It rightly doesn’t sell weapons to Iran or North Korea. And the reasons for that is that they’ve rightly made the decision that to sell weapons to these terrible regimes would be to empower them.

“We want them to apply the same standard to everyone who’s buying UK arms. We don’t believe that arms exports to Saudi Arabia are anymore compatible with human rights than exports to Iran or Bahrain.

“When weapons are sold, we don’t know how they’re going to be used. We don’t know who they’re going to be used against. And one of the big problems with constantly pouring weapons into dictatorships and areas of political instability is that very often the lifespan of a weapon is longer than the lifespan of a government or the political situation it’s sold into.”

So what is Caat’s long-term goal for this protest? Smith says that’s quite simple: a world without war.

“Now that obviously sounds very far off and remote, and in many ways because it is. But there’s things which we can do in the here and now which reduce the chances of conflict in the future and the mass production of weapons is clearly a part of that.

“If we’re ever going to see anything resembling world peace in the future, then it certainly can’t be at the same time as companies are making billions of pounds from selling weapons.

“How that ties into the Crown Prince’s&nbsp;visit is that we believe the majority of people want to see that change as well. The bin Salman’s visit is just another awful manifestation of the UK arms trade; of the power which arms dealers have over foreign policy; of the ways in which governments will prioritise BAE Systems’ interests over those of the people in Yemen or those being tortured in Saudi prisons. It’s the manifestation of the hypocrisy at the heart of foreign policy.

“All of that will be on show when the Crown Prince is having his picture taken outside Downing Street or with UK royalty. And if we want to see that long-term change, it means challenging these terrible manifestations whenever they happen and making clear that this visit is not in our name.”

Andrew Smith is Campaign Against the Arms Trade media coordinator. Ben Cowles is the Morning Star’s web editor. A longer, audio version of this interview is available in the Soundcloud link above.