Bolivia: repression is intensifying nine months on from the lithium coup

A supporter of Bolivia's former president Evo Morales yells at a police officer, telling him to respect the nation's indigenous people in La Paz, Bolivia, 2019
×

IN NOVEMBER 2019 President Trump welcomed the coup in Bolivia that toppled its democratically elected president, Evo Morales, as “one step closer to a completely democratic, prosperous, and free Western Hemisphere.”

But, in fact, like the 1953 coup in Iran or the slew of other coups that the US has supported, funded or organised in the last seven decades, at stake was the control and exploitation of scarce natural resources — in this case Bolivia’s reserves of lithium.

Lithium is a crucial component of the batteries used in electric cars, as well as computers, smartphones, and other equipment. As sales of such vehicles and devices increase, lithium’s value is set to rise steeply as supplies strain to keep up with demand.

Bolivia’s lithium is located in the Salar de Uyuni salt flats, high in the Andes, and is estimated at between 25 per cent and 45 per cent of all known lithium reserves. Eva Morales and his Movement for Socialism (MAS) government had been working to create a publicly owned lithium industry, to continue to diversify Bolivia’s economy and raise more of its people out of poverty.

For a decade and a half Bolivia had been showing that a better world is possible for Latin Americans through a clear rejection of neoliberal policies.

Retaking control of key parts of the country’s economy from foreign corporations, the billions of dollars gained were invested to modernise the country’s infrastructure and dramatically raise the standard of living for Bolivia’s poor and neglected people.

But the military-backed coup in November brought an abrupt end to this approach.

The government described the coup as an “act of revenge by the United States, which never accepted the loss of control of the Bolivian lithium market in favour of Chinese and German companies.” The new coup regime had immediately announced plans to invite transnationals, including Elon Musk’s Tesla, to exploit Bolivia’s lithium reserves.

Musk’s response in July to a tweet accusing the Trump administration of ejecting Morales in a coup was breat-taking in its arrogance, even by his standards: “We will coup whoever we want! Deal with it.”

Morales was ousted despite being declared the winner of October’s election with a lead of 10 points over his nearest challenger, Carlos Mesa. Claims of irregularities by the Organisation of American States (OAS), which is 60 per cent US-funded, were used to justify his removal but these have been rejected by studies into the election. A report by the Washington-based Centre for Economic and Policy Research found: “There is not any statistical evidence of fraud that we can find… the OAS’s statistical analysis and conclusions would appear deeply flawed.”

Having seized power, the regime under its appointed President, Jeanine Anez, began to unpick the economic and political reforms that had been made. State-owned companies are being privatised or handed over corruptly to coup supporters who are taking full advantage of the opportunity.

The directors of Bolivia’s airline, BoA, for example, have been replaced by close associates of Fernando Camacho, right wing opposition leader in the Santa Cruz region who facilitated the coup by urging the police as well as the military to join the protests against the elected government. Some of Anez’s trusted supporters have been reported as embezzling large sums from Bolivia’s largest oil and gas company (YPFB) and Bolivian Telecommunications (Entel).

The coup regime also aimed to roll back the political advances secured for indigenous peoples in the new plurinational state. Anez, a Christian fundamentalist whose party’s electoral alliance secured only 4 per cent in October, revealed this clearly when she announced in January 2020 that “savages” must not be allowed to win in the elections then scheduled for May.

To shore up its position, the new coup regime wasted little time in turning on its critics and opponents to silence them through violent repression.

In a further indication of the racist nature of the coup, the crackdown has fallen most heavily on Bolivia’s indigenous peoples, including key figures in the Movement for Socialism (MAS) party who are being criminalised and face various charges.

The regime reportedly has a list of nearly 600 officials from the MAS government whom it has in its sights.

Repression has been stepped up this year in the face of protests against both the coup government’s woeful ineffectiveness in dealing with the Covid-19 pandemic and its equivocation about the holding of fresh elections. These have been postponed three times. 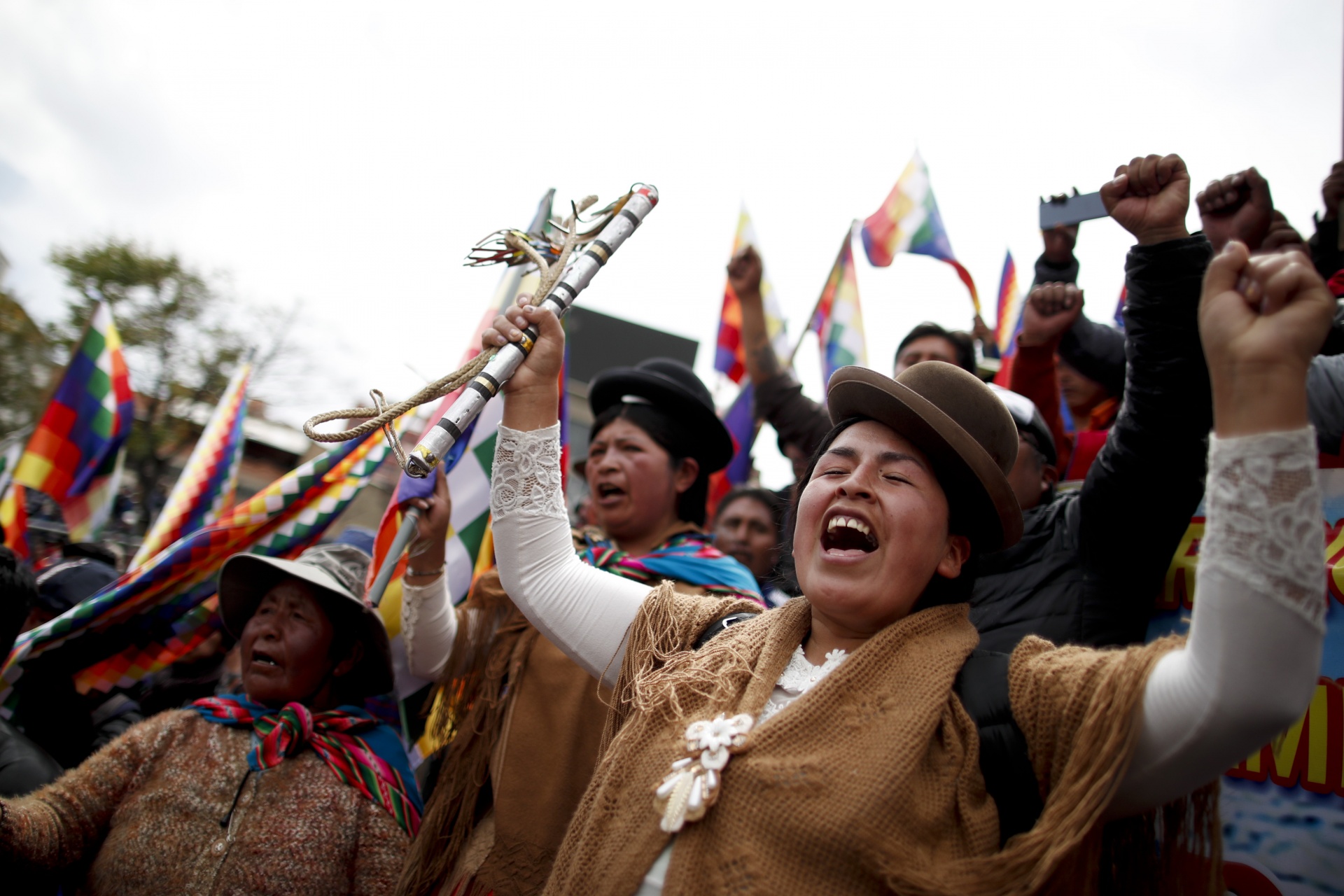 Since the beginning of August, the National Workers Federation and indigenous groups across most rural areas of the country have been taking part in a general strike and nationwide highway blockade in protest against the repeated postponements. The government accuses the protesters of terrorism and sedition.

The election date deferrals are seen by the left in the country as a ploy to enable the regime to consolidate its power.

We must stand in solidarity with those millions of Bolivians opposed to the coup regime, and in support of their struggle for public health, democracy and social progress.

Sign the Friends of Bolivia statement against the coup regime and its violent repression and austerity at bit.ly/boliviarepression.

Boris Johnson admits that the boundaries on lobbying is unclear