The Star reviews Naomi Bedford and Paul Simmonds's Singing It All Back Home, Folklaw's We Will Rise, and Hickory Signals's Turn to Fray

THE MUSIC of the Appalachian mountains has its origins in many old English and Scottish folk songs which found their way across the Atlantic as a result of migration and this album, a  collaboration between Naomi Bedford and Paul Simmonds of The Men They Couldn’t Hang, pays fitting tribute to that legacy. 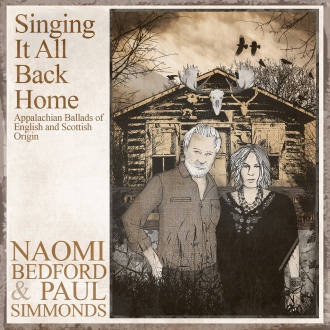 Traditional opener I Must and Will Be Married is followed by new interpretations of classic folk songs like  Hangman and Foggy Dew. But the highlight is the version of the tragic ballad Matty Groves,  a near-perfect example of the art of storytelling in song with its tale of doomed love across the class divide.

For anyone interested in the influence of British folk song on US roots music this album is a must, with Bedford and Simmonds’s innovative recordings reinterpreting the songs while remaining true to their legacy.

Worth catching on tour including at Cecil Sharpe House in London on June 5 at the official album launch.

FOLKLAW are a seven-piece band who combine folk, rock and roots and on their latest album penned in the year of the 100th anniversary of votes for women, the title track stays true to folk music’s progressive political traditions. 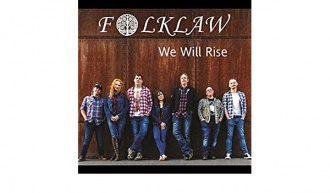 It’s an uplifting song about the life and times of Mary Macarthur, a working-class campaigner for women’s suffrage and for the women chainmakers of Cradley Heath and following that inspiring start the album explores different themes, from the cheerful — the seafaring Folky Pirate — to the  serious.

One Too Far looks at the destructive effect of addiction on a young woman’s life and closing track  One Day at a Time by the band’s songwriter Martin Vogwells deals with mental health issues.

A thought-provoking and inspiring album from a band who are sure to rise further.

HICKORY SIGNALS are Brighton-based husband and wife duo Laura Ward and Adam Ronchetti who, as well as performing on the folk circuit, have worked in various settings with people who are marginalised through substance misuse, learning difficulties or by being displaced. 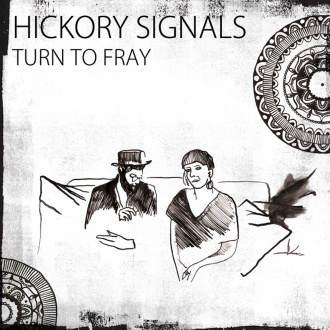 It’s this combination of folk music and professional interest which has influenced this album, which includes traditional songs like murder ballad Who Put The Blood and songs they’ve written which reflect their concerns. Rosemary and Zelda are about US poets Rosemary Tonks and Zelda Fitzgerald, who both experienced problems with mental health, while Kana is a song about a Kurdish refugee.

But the number best representing the album’s “outcast” theme is Ward’s stunning acapella version of Frankie Armstrong’s Door to my Mind, about a young woman growing up in, and being failed by, the care system. It ends on a hopeful and defiant note of finding the power to change things.

With Ward’s fine vocals and Ronchetti’s multi-instrumental prowess, this is a duo we ought to hear more of.