The Many Not the Few
Sean Michael Wilson and Robert Brown
(Workable, £9.99)

AT THE launch of this timely graphic “history of Britain shaped by the people” in the parliamentary annexe Portcullis House, Jeremy Corbyn made the point — and he should know— that change has never originated from within the walls of the Palace of Westminster. 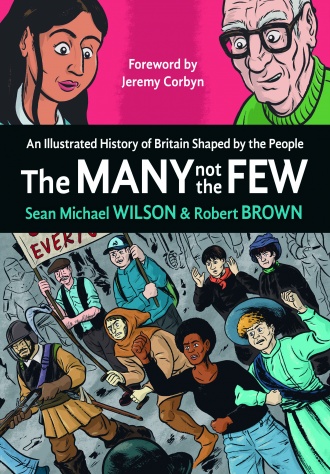 It has always come, he said, as a result of struggles by ordinary people outside Parliament across the length and breadth of the country and, in his foreword to the book, Corbyn says he believes it will stimulate debate and learning from the struggles it depicts which, in turn, will empower as much as they’ll inform.

He’s put his money where his mouth is — under his arm were four copies he had just bought for “the instruction of the younger members” of his own family.

Sean Michael Wilson and Robert Brown’s 10 historical episodes have been narrated and drawn under the observant eye of the GFTU’s general secretary Doug Nicholls and the union federation deserves much credit for getting the project off the ground. 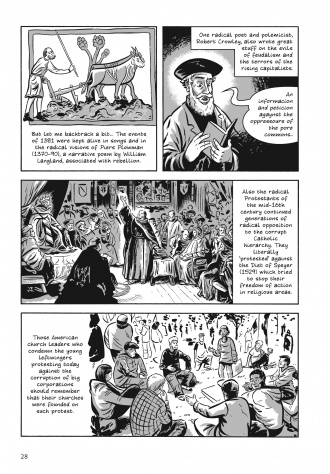 The Many Not the Few consists of separate, compact — and occasionally light-hearted — conversations between veteran trade unionist Joe and his granddaughter Arushi as they discuss the most significant instances of popular rebellion in British history from the Peasants’ Revolt of 1381 on.

The New Model Army, the Levellers and the Chartists all come under scrutiny, along with post-WWII Britain, the golden years of trade unionism in the 1960s, Thatcherism, the 1984-85 miners’ strike, the slow decline of unions in the following decade and their renaissance in the last few years, particularly since Corbyn’s election as Labour Party leader. Even the McDonald's strikers get a thumbs-up from Joe.

The book begins with a visionary quote from peasants’ leader John Ball — uttered nearly five centuries  before Karl Marx and Friedrich Engels published the Communist Manifesto — that is particularly apposite now: “Things cannot go well in England, nor ever will, until all goods are held in common and until there will be neither serfs nor gentlemen and we shall be equal.” 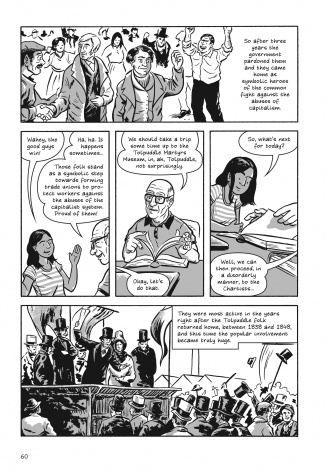 The ensuing hugely eloquent narratives are embellished by Brown’s animated drawing style, which supports the storytelling through the dynamic composition of frames and brilliant characterisations.

“Without a knowledge of the past, there is no future,” the truism has it and that certainly sums up the significance of this excellent volume.

Hopefully, it will be made widely available to young people through local or school libraries and digital publishing platforms like Issuu or Yumpu online.

Their future rests entirely on their understanding of the past and the time for that is now.