Insightful exploration of an iconic building

IT IS easy to see why Isokon, otherwise known as the Lawn Road flats, in north London is an enduring modernist architectural icon. 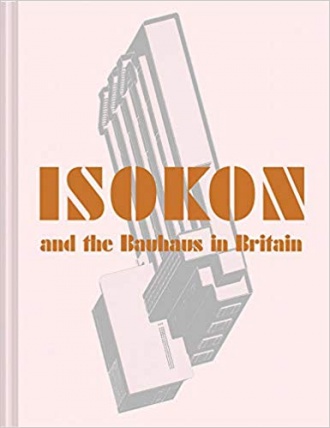 Recently renovated to its original splendour, its immaculate proportions are an adventurous balance between the predominantly horizontal structure of counter-levered galleries and ingeniously angled stairs.

The vertical end block housing three double studios and the staircase to a single penthouse — lifts were too expensive when it was built — provide an elegant contrast.

Commissioned originally by furniture designers and would-be developers Molly and Jack Pritchard, it was launched to great fanfare in July 1934, with Ms Pritchard proudly trumpeting it as “a revolutionary idea for living.” Indeed it was, but strictly for professionals because rents were £150-£170, beyond the reach of most.

It was intended as the first of many but the Depression and later WWII put paid to such ambition.

In their book on Isokon, illustrated with revealing historic photographs, Leyla Daybelge and Magnus Englund tell a riveting story of the building and its association with leading Bauhaus practitioners.

It also became a semi-bohemian enclave and hangout for well-known artists and assorted Soviet sympathisers and spies — MI5 had tabs on number 32 — who lived there or nearby. They socialised and, naturally, plotted in its self-service Isobar dining and social club.

In the late 1930s, Isokon became a refuge for creatives fleeing the impending nazi apocalypse on mainland Europe and later its four-inch, reinforced-concrete structure served as a safe bomb shelter during the Blitz.

The local authority proposed its demolition to build high-rise flats in its place but, mercifully, English Heritage stepped in, slapping a Grade II listing on the building in the nick of time. Isokon was saved for posterity.

Last July, on the 85th anniversary of its unveiling, it was adorned with a blue plaque, commemorating three of its illustrious tenants — Walter Gropius, Marcel Breuer and Laszlo Moholy-Nagy — all of Bauhaus fame and refugees from nazi Germany.

Zoom under fire over security concerns