WOULD the founding pioneers of jazz in New Orleans at the turn of the 19th century ever have thought that a future nucleus of their music would be created in Vilnius, Lithuania, more than a century later? 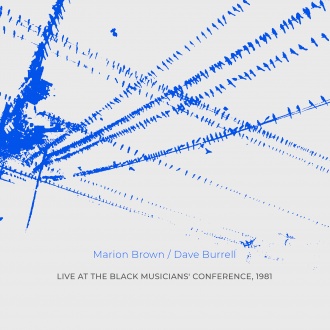 That is where one of the music’s hottest labels is based and among their newest releases is a marvellous 1981 encounter between alto saxophonist Marion Brown and pianist Dave Burrell at a black musicians’ conference.

It was opened by Archie Shepp with a lecture on revolutionary concepts in African-American music, a theme which Burrell and Brown develop with the utmost commitment.

This jewel of a previously unreleased session begins with the Brown composition Gossip/Fortunado, prefaced by a beautifully toned unaccompanied Brown before Burrell’s single chimes create an improvised colloquy.

The Mexican edge is explicit on his La Placita, as if there is no kind of wall between these musicians and the people beyond the southern frontier. He plays the melody with a quivering gentleness and his improvisation seethes with vibrato above Burrell’s comping keys.

Then it is on to the first of two Billy Strayhorn tunes, My Little Brown Book, played by the duo as if the melody itself is enough.

There are moments here when Brown’s saxophone seems to be weeping, so emotively does he inhabit Strayhorn’s evocative phrases.

He squeezes his notes as if talking to the sea, while Burrell strides over the sand. Pua Mae Ole is another Burrell tune with a Hawaiian tinge but this time with a beautiful and elegiac sense of lyricism.

On the final track, Strayhorn’s narrative ballad Lush Life, the melody sounds as pristine as if these two masters are reinventing it, so moving and authentic does it resonate.

At one dramatic point Brown almost croaks its refrain and Burrell plays like Ellington would have played his dear friend’s tune, all the way from Lithuania.

Who would have thought it?